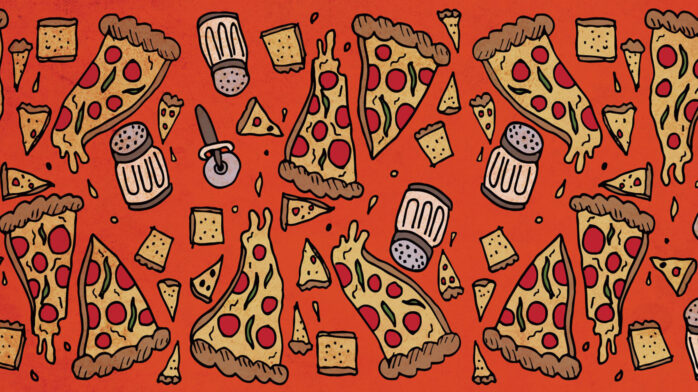 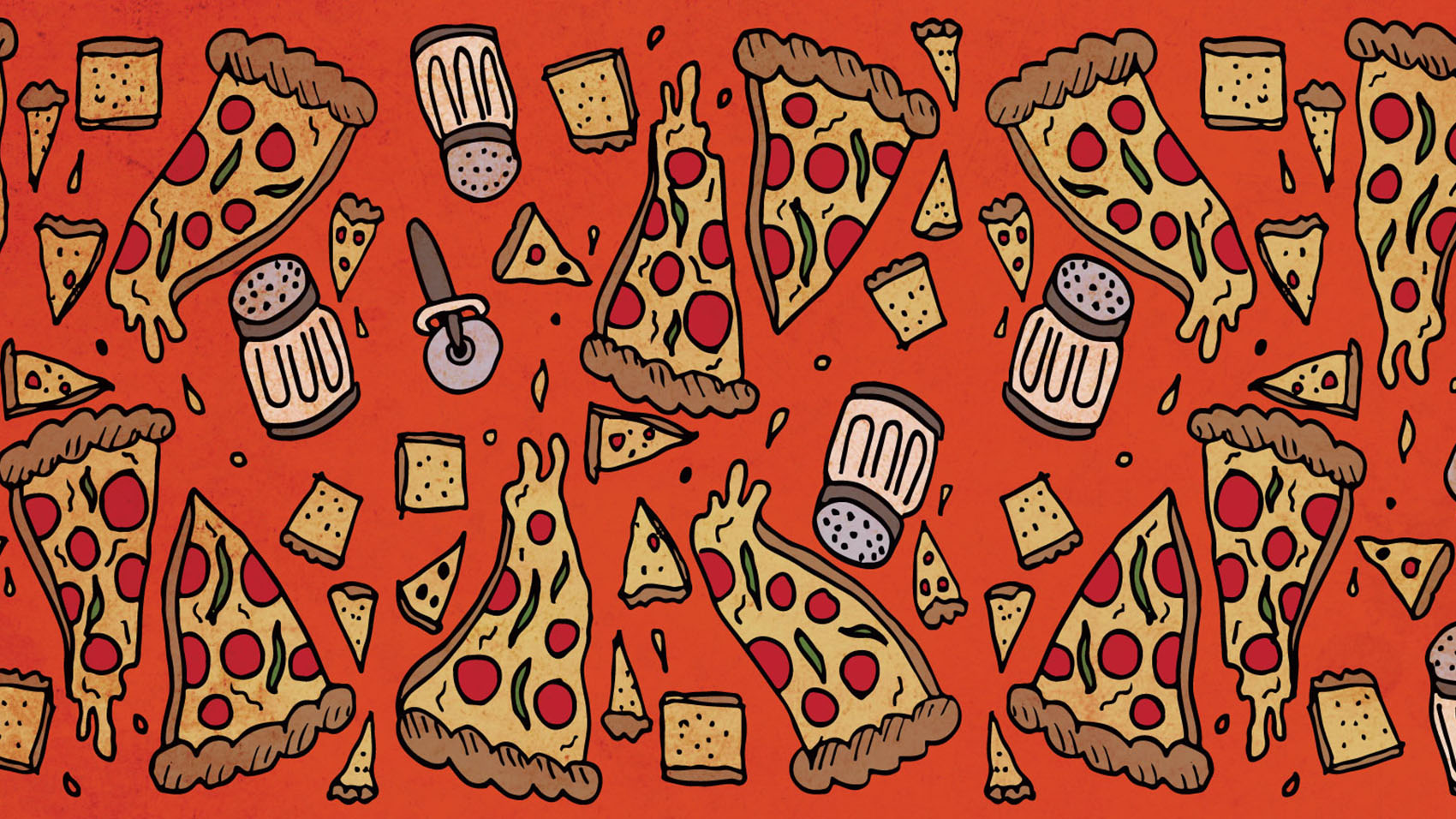 On the long list of brazenly-pointless-yet-occasionally-fun faux-holidays (Talk Like a Pirate Day, Star Wars Day, uh, Christmas), National Pizza Day is at the top of our (ahem… pie) charts. Celebrated every February 9 because… reasons (it doesn’t even appear on Wikipedia’s obviously authoritative “List of Food Days” page, although International Pizza Day somehow got repped as a New Year’s Day entry), it has to share the spotlight with National Bagel Day and Joe Pesci’s 75th birthday. That said, we at Riot Fest would like to take the opportunity to disprove the old adage, “There’s no such thing as bad pizza or bad sex” with five meticulously researched counterarguments about the former — the last of which, unfortunately, nauseatingly disproves both the former and the latter.

Dearly departed thrash/goth titan Peter Steele prematurely shuffled off this mortal coil nearly eight years ago, but he left behind plenty of intentionally offensive content to sift through. Among that pile is the leadoff track to seminal crossover outfit Carnivore’s sophomore swan song, Retaliation. The first “real song,” the mostly serious “Angry Neurotic Catholics,” is preceded by 55 seconds of Steele stumbling into the can and violently expunging a night’s worth of corporeal abuse through what sounds like every orifice. More so than most food, pizza is just the slightest bit tastier going down than coming up.

Kevin Eastman and Peter Laird’s anthropomorphic reptilian inventions certainly ate their share of pizza in the original Mirage comic series, but according to Laird, it only became their collective defining character trait in the 1987 animated series. Thankfully, that obsession extended to the endearingly gritty (and surprisingly heartfelt) live-action feature film adaptation three years later — just rarely in a way that makes mowing down slices totally tubular, dude.

First, a poor Domino’s employee is product-placed above a surely piss-soaked Manhattan sewer grate, through which he is forced to shove the turtles’ pie (see below). Later, when April asks Michelangelo what the Turtles like on their pizza, he replies (in deadpan, but still), “Oh, just the regular stuff: flies, stink bugs…” And finally, in answer to Mikey inquiring about the edibility of a pie left in the Turtles’ lair by abysmal teenage turncoat Danny, Donatello — voiced by Corey Feldman, because what other actor could convey “a natural aptitude for science and technology?” — quips, “Question: Do you like penicillin on your pizza?” Bogus.

We could spend all goddamn day debating the merits of Mel Brooks’ uneven 1987 Star Wars parody (the merits of the “Hello! Ma Baby” scene, mind you, are not in question. You could make the argument that Pizza the Hutt is somewhat underutilized in what passes for this film’s plot — he gets just one scene to “shine” — although in this case, less is definitely more. If this villainous hybrid of a Totino’s Party Pizza and explosive diarrhea isn’t repulsive enough, sleep poorly knowing that the FX people used pancake batter instead of cheese. Even Barf would barf.

Buzz, your pantomimed regurgitation.. woof! It’s hard to fault the second-biggest asshole in the McCallister family (Uncle Frank is obviously number one, never to be dethroned) for mowing down his whiny younger brother’s specially-requested cheese pizza. I was a finicky Little Lord Fauntleroy as a kid, and somebody should have forced a single topping-any topping-down my throat before I hit nine.

Either way, Devin Ratray (who fucking shined in Blue Ruin, and has since made sporadic appearances in the likes of Girls, Louie and The Tick) really sells the simulated upchucking here. So, maybe Kevin was within his rights to singlehandedly ruin everybody’s $122.50 late dinner. Who could eat after watching that?

Courtesy of the shock-rockers’ tastefully titled fourth album, 1986’s This Toilet Earth, this (unlistenable, but more or less in a good way) funk/thrash throwaway is about, well, a lot of nasty shit. Initially, the late, great Oderus Urungus offers to “give you a fistful of my pepperoni” (and clearly not in the spirit of a free sample jockey at Sam’s Club). Then, ultimately, there’s the immortal couplet “white boy’s addicted to crack / pearly white needs bloody, bloody back.” Cool imagery.

In a similar vein, renowned visual artist Andres Serrano created “Semen and Blood III” just four years later, which would go on to become the cover of Metallica’s Load, which — in vinyl form, at least — serves one valuable purpose: makeshift plate for uneaten slices.