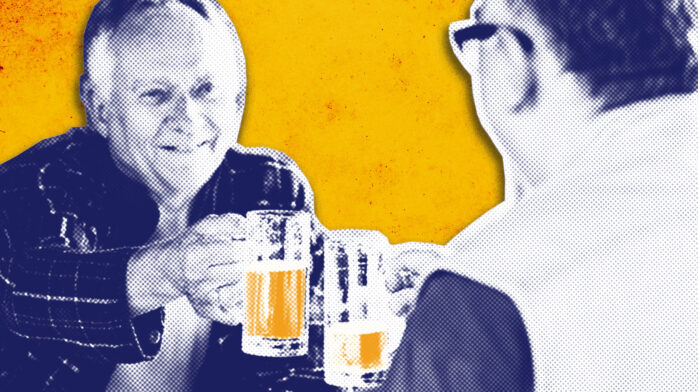 Drinking Beer And Gaining Weight Could Help You Live Longer

Yoga, eating your vegetables, exercising, losing weight, long walks in the park, not drinking alcohol are typically things you would do if you want to stay healthy and live longer, but a new study says there might be some other things that are a lot more fun that could help you live longer.

Do you like drinking beer? According to the Daily Mail, a new study has discovered that people who drink two glasses of beer or wine a day were 18 percent less likely to die early.

While exercising is good for you, in comparison to drinking two beers a day, people who exercise on average 15 to 45 minutes a day only cut their risk of early death by 11 percent.

Called The 90+ Study, Professor Claudia Kawas, of the University of California, has been tracking data from 1,700 who were in their nineties.

‘I have no explanation for it, but I do firmly believe that modest drinking improves longevity.’ Professor Kawas said at the American Association for the Advancement of Science annual conference in Austin, Texas this weekend.

Worried about that spare tire when you get older? Don’t. Participants in The 90+ Study who were slightly overweight cut their odds of an early death by three percent. “Underweight people had a fifty percent increase in mortality. It’s not bad to be skinny when you’re young but it’s very bad to be skinny when you’re old,” Professor Kawas says. ‘The best mortality experience is to gain between five and ten pounds per decade.”

So put down the weights, pick up a beer, and may you live forever.