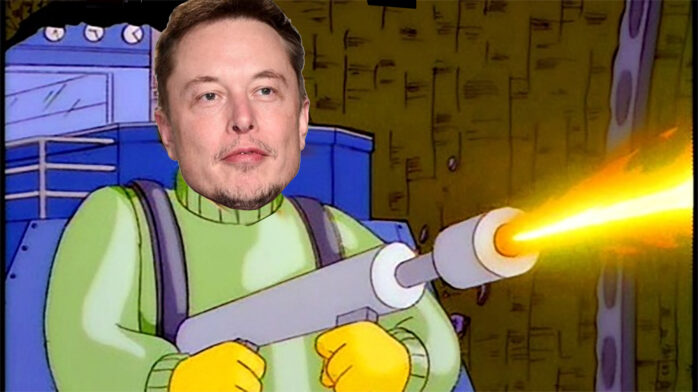 Elon Musk May Be the Supervillain We All Need

A friend of mine recently sent me the audiobook of journalist Ashlee Vance’s Elon Musk: Tesla, SpaceX, and the Quest for a Fantastic Future. I highly recommend it for a number of reasons. There’s a punchy storyline about an outsider starting from the bottom and conquering the game that feels like the go-go first act of every good drug dealer movie. The narration by Fred Sanders is top rate, especially the bizarre, unplaceable accent that he uses for Musk’s voice that sounds absolutely nothing like how the real Musk speaks, which I love. And it really takes you inside the mind of the man who may very well rule the globe with an iron fist within a matter of years.

The “Elon Musk is a supervillain” meme has been going around the Internet for years, becoming a regular feature of the rock star levels of media coverage he receives. There’s definitely something cartoonishly supervillainous about projects like SpaceX and his more recent startup Neuralink, which according to its almost menacingly bland website, is “developing ultra high bandwidth brain-machine interfaces to connect humans and computers.”

But what if it’s not a joke? What if Elon Musk really does have a plan take over the world?

Musk’s built a career on idealistic visions, from Mars colonies to keep the human race alive in the event of an environmental collapse on Earth to cutting our reliance on the very fossil fuels that might cause it, but something about him just reads “supervillain.” His projects are outlandishly grandiose and yet totally random-seeming (Rockets! Batteries! Brain implants!), like how Dr. Doom would try conquering the world with an army of Doombots in one issue of the Fantastic Four, then be back a couple issues later with a plot based around mind control gas. He’s also monomaniacally infatuated with himself, but with a kind of endearing lack of self-consciousness about it that, again, comes off as strongly Doom-esque.

By coincidence I just got through the chapter of the audiobook covering SpaceX’s first successful launch in 2008 just a few days before the highly publicized launch of its brand new Falcon Heavy rocket. One thing that Vance’s book really puts into perspective is how insanely fucking complicated and difficult starting a rocket company is. Getting a rocket into space cost Musk hundreds of millions of dollars and watching most of what he spent that money on literally blow up. And he did it at the same time that he started a highly successful car company.

Watching the livestream of the Falcon Heavy taking off on Tuesday, the only thought going through my head was that if or when Elon Musk ever decides to actually become a real-life supervillain and take over the world, he’d probably succeed.

To be clear, this may be a funny website where we make jokes about things, but I seriously believe that there’s a non-zero chance that Elon Musk will go full supervillain at some point, and that if or when this happens that there’s a better than 50-50 chance that he will actually conquer the globe. I also want to be on the record as saying that this might not be the worst thing that could happen to the planet.

If you define a supervillain as a radical utopian whose vision of a perfect world revolves around themselves, Elon Musk already is one. He’s not simply trying to “Give people the power to build community and bring the world closer together,” like puny supervillain wannabe Mark Zuckerberg–who’s such a poseur that he apparently believes in “being elected to office” instead of “seizing power”–wants to do. Musk’s working on massive, much-needed infrastructure projects, from transportation to energy to space, that in most places have traditionally been handled by the state.

If he were to ever run across, say, a country with cash flow issues, crumbling infrastructure, a chronic disinterest in funding crucial next-generation technology, and a leader whose short list of consistent values is a fervent passion for privatization, Musk could very finesse his way into controlling some of the most basic things keeping that nation up and running. He would have that nation by the balls, and having an entire nation by the balls seems like exactly the type of situation Musk dreams of being in.

And just to remind you, he’s frighteningly good at turning his dreams into reality.

And not for nothing, but he also just designed his own flamethrower that he’s releasing through his company that digs big underground tunnels, which only makes sense in the context of building an army of flamethrower-enhanced mole men.

The thing is, there are a lot of supervillainous types in the tech world. Peter Thiel’s the best known tech mogul with an interest in starting his own techno-libertarian nation-state but there have been dozens. The biggest players in the cryptocurrency game have the stated end goal of seizing control of money from every country on the planet and destabilizing them all in the process. I guarantee that every CEO of every major tech company has gotten drunk at some point and “joked” about building a backdoor into their product and taking over the world’s computers with the flip of a switch.

As far as our potential techno-dictator nerd overlords go, I feel like Musk would be really great at it. He may be kind of famously dickish in person, but his opinion of humankind as a whole seems to be pretty high. He supports universal basic income, which in Muskworld might also mean free Teslas. He has a plan to get us to Mars. He has a plan to keep our experiments in artificial intelligence from leading to a real life Terminator-type situation.

Looking around at our world, with no free Teslas–and, as far as I can tell, no world leaders actively working to keep Skynet from happening IRL–and you can’t help but wonder where Musk’s conquering army of mole men is, and what’s taking them so long.