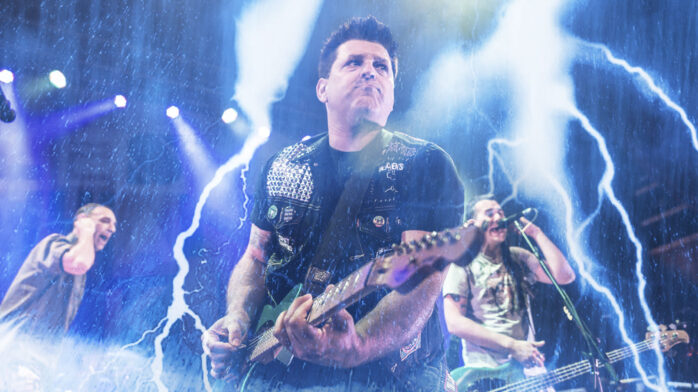 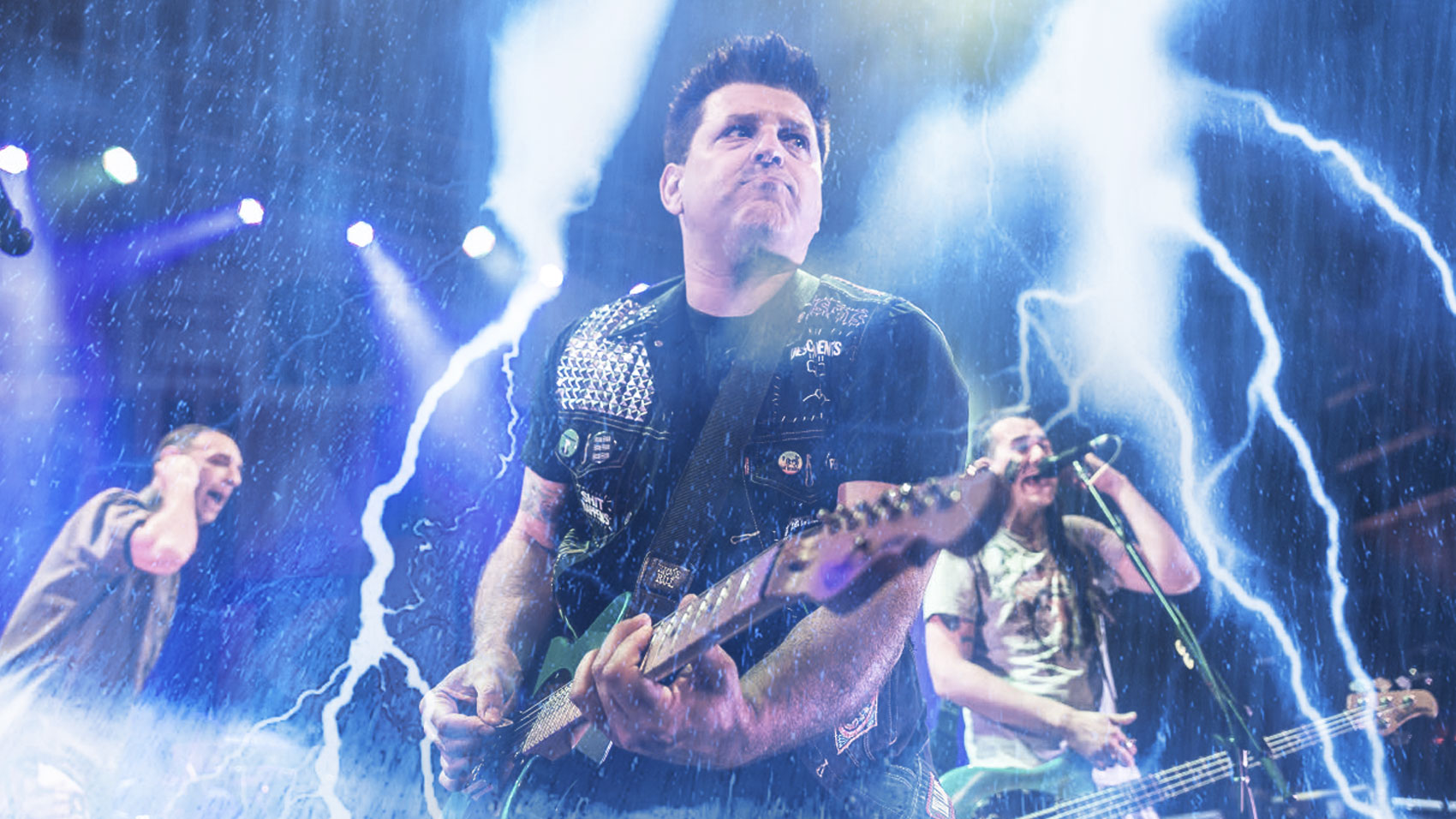 My story, however, may be slightly different than yours from this point onward. Yes, the first time I saw Less Than Jake was at Warped Tour, like countless others, but it was what happened during that set that made me a fan for life. The Gainesville, Florida, ska-punk band – at this point touring in support of 1996’s Losing Streak and still featuring a lineup that included alto sax player Jessica Mills and bari sax player Derron Nuhfer – took the stage early in the afternoon in the parking lot of Chicago’s United Center, on a camouflage-draped stage that, quizzically, had no roof. Not a big deal normally, except that a nasty thunderstorm had moved into downtown Chicago that afternoon, kicking up in intensity right before LTJ were scheduled to play.

Lesser bands would have canceled – literally, Sugar Ray’s Mark McGrath got struck by lightning on the very same stage that very same day – but LTJ played as if it was sunny and 85 degrees, whipping the surprisingly large crowd into a frenzy instantly. Granted, they only got through, at most, a half-dozen songs before the torrential downpour finally drove them offstage (I distinctly remember Jessica having to turn her saxophone upside down to dump the accumulated water out of the bell of the instrument). But I’ll be damned if the band didn’t play their hearts out for that truncated set, with seemingly every single person at Warped Tour that day skanking and circle pitting in response.

I was 15 at the time of the 1997 Warped Tour. I had been to a handful of local shows up to that point, and I had seen plenty of concert footage so I knew what crowds for punk bands could be like (I must’ve watched Green Day’s Jaded In Chicago MTV special a hundred times). But this was the first time I had ever experienced first-hand the pure joy that could only be created by a band putting their heart into the music they were performing and a crowd eagerly giving their energy right back. It was beautiful, it was electric, it was life-changing.

I was so moved by it, in fact, that I wrote a column about the experience for my older brother’s photocopied zine. As I read the column back now, the prose is especially cringeworthy (sample: “Crowd surfing abounded, and I am proud to say that I helped many a person to get up to surf the crowd”), but the spirit remains, all these years later: Less Than Jake is the best band in the world.

We’ve had Less Than Jake in some form since 1992 – that’s 26 years and counting. Even crazier is all three original members – vocalist/guitarist Chris DeMakes, vocalist/bassist Roger Manganelli and drummer Vinnie Fiorello – are still in the band. Trombonist Buddy Schaub has been in LTJ since 1993, and the “new guy,” JR Wasilewski, has already put in 18 years since joining after the release of Borders and Boundaries. The band entered the major label meat grinder twice and survived both times, selling hundreds of thousands of records in the process. They have headlined thousands of shows across virtually every continent, and opened for everyone from Snoop Dogg to Bon Jovi. Shit, they even brought Tommy Tutone – yes, that Tommy Tutone, the “867-5309” guy – out on tour with them once.

Sure, Warped Tour is going away after this summer, but the feeling Less Than Jake created within me that day in 1997 has never faded. Knowing this band’s created that same feeling with thousands of like-minded souls across the globe is what cements their place in history. And knowing they’re still touring, giving it their all every night – whether it’s to 30,000 people at Riot Fest or 300 people on a Monday night in Des Moines – is what continues to build their legend. Long live Less Than Jake.