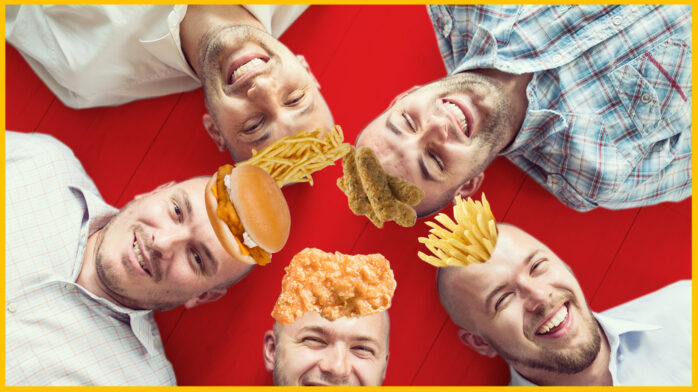 Magic Chemical Found in Chicken McNuggets May Be A Cure For Baldness, Scientists Discover

The gold medal in the 100 meter Male Pattern Baldness Dash at this year’s Olympics is now Japan’s to lose. This is due to a recent discovery by Professor Junji Fukuda of Yokohama National University, who has posited that a chemical found in the oil that McDonald’s uses to cook its fries, McNuggets, and other delights may very well actually jumpstart the growth of hair on living, breathing humans.

That’s right, dimethylpolysiloxane, an anti-foaming agent found in silicone, is used by McDonald’s in its deep fryer oil to help prevent it from splashing all over the underpaid staff.

While it’s very cool of Ronald McDonald to protect his charges in such a way, it’s even cooler that this oil can apparently cure baldness now. How in the hell?

The Daily Standard has just reported that according to a recent study published in peer-reviewed scientific journal Biomaterials, Professor Fukuda cultured cells in the cooking oil, which then grew 5,000 hair follicle germs simultaneously. These very smart scientists then transplanted the germs into bald lab mice, who began to sprout actual fur within days.

It all has something to do with how easily oxygen passes through the chemical, but does it really matter how this magic baldness cure works, just so long as it works?

According to the folks who know better than us, this technique could potentially work in humans.

Yeah, exactly, what he said! Where do we sign up?