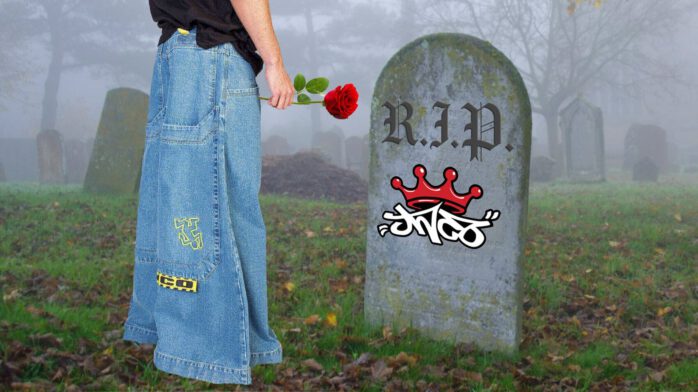 Remember JNCO? Those dope wide-legged jeans that were crazy-popular with the skateboarders and raver kids in the 1990s? Remember raves? Remember the ’90s? It was a crazy time, and JNCO jeans were King Shit on Trouser Mountain throughout.

Well, neither nostalgia nor GQ can save everything, because according to the San Francisco Chronicle, JNCO is going out of business for good — or, depending on how much you love house music, for bad.

If you’re too young to remember the ’90s (or if you suffer from the lingering effects of living through the rave craze), JNCO jeans (which nobly stands for Judge None, Choose One) were an actual thing that people paid a lot of money to actually wear, in public, around other human beings.

It didn’t matter if you were looking for a comfortable pair of khakis with a bit of give, or ultra wide-leg pants that inexplicably and jaw-droppingly featured 50” leg openings, JNCO had the right pair of pants for you.

However, just like that K-hole your cousin eventually dug himself out of, all things must pass. Despite a valiant comeback effort last year, “licensing issues” (a.k.a. poor sales) have led to JNCO shutting its flaps. The company issued a a statement, which you can read in full on its website.  While you’re there, you may as well take advantage of your last chance to stock up on these ridiculous things, as the remaining inventory is being sold off. Everything must go!