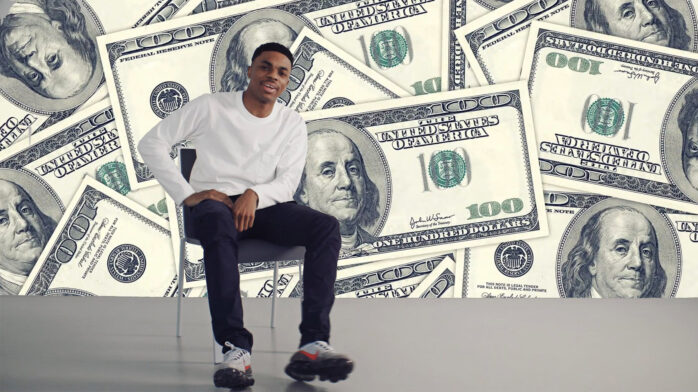 Get Off Vince Staples’ Dick or Fund His Retirement

In launching a GoFundMe page today, rapper Vince Staples would clearly like you to pick a side: Get off his dick, or fund his retirement.

Staples explains in his GoFundMe video that he’s received “a lot of complaints” about recent performances, and that he’ll “shut the fuck up forever” if given $2 million. “No songs, no interviews, no anything.”

To those who think that giving Staples $2 million is a waste of money, just know that he’s pledged that the stacks will be well-spent on such things as a puppy, a Honda, a move to Palmdale, and a year’s supply of “soups for the homies locked down.”

As of 1:12 p.m. CST on Wednesday, March 7, Staples had raised $601 of his $2 million goal. So get the fuck off Staples’ dick, and help to provide a forever home for that puppy by donating here.