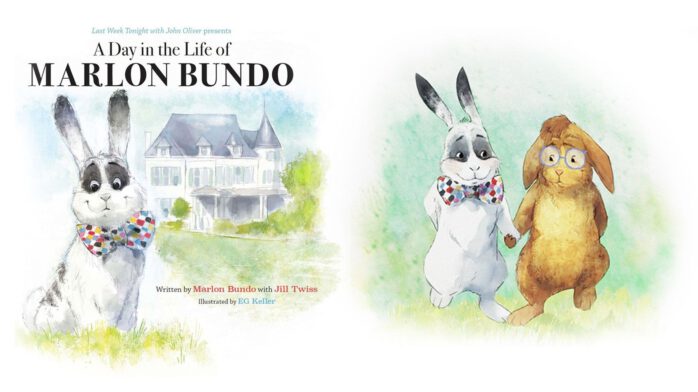 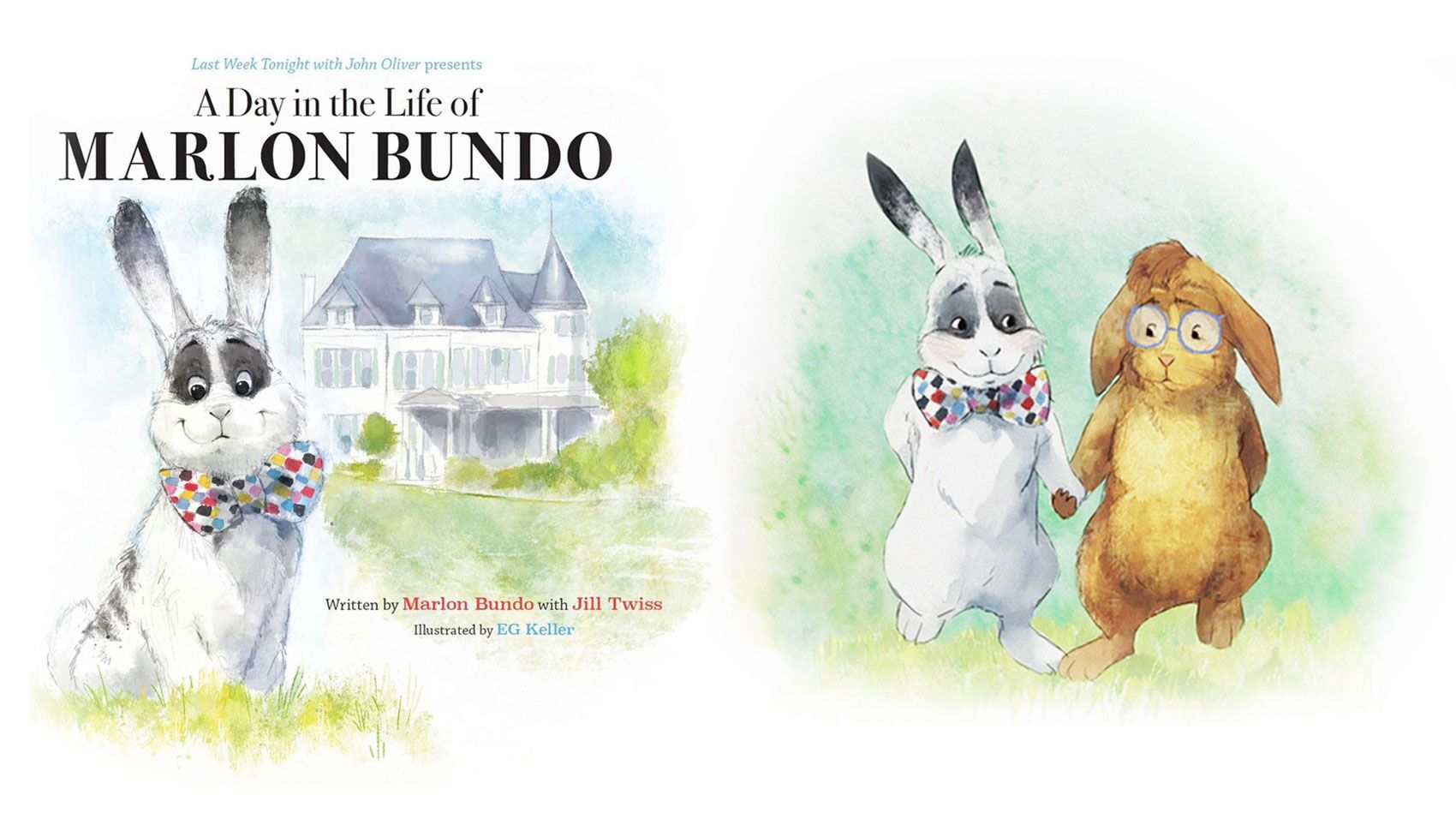 For those of you don’t know, Marlon Bundo aka BOTUS (Bunny Of The United States) is a very real and Instagram famous bunny belonging to the family of Vice President Mike Pence.

The first book, titled “Marlon Bundo’s Day in the Life of the Vice President,” is a picture book about the Pence family bunny named Marlon Bundo and his adventures living with the Second Family. But, “Marlon Bundo isn’t just a family pet: Marlon—or BOTUS (Bunny of the United States) captured the hearts of Vice President Mike Pence, his wife Karen, and his children Michael, Charlotte, and Audrey. This “delightful story” was written by Charlotte Pence and “illustrated faithfully” with watercolors from Second Lady Karen Pence.

The second book, and in our opinion better of the two stories, is titled “Last Week Tonight With John Oliver Presents a Day in the Life of Marlon Bundo,” about a boy bunny who falls in love with another boy bunny.

“With its message of tolerance and advocacy, this charming children’s book explores issues of same sex marriage and democracy. Sweet, funny, and beautifully illustrated, this book is dedicated to every bunny who has ever felt different.”

The second book, a parody of Charlotte Pence’s book, was revealed on John Oliver’s weekly late-night show this past Sunday. It was written by Jill Twiss and Marlon Bundo.

“Please buy it for your children, buy it for any child you know or buy it because you know it would annoy Mike Pence,” Mr. Oliver told his viewers. But don’t worry, “This is a real book for children.”

And right now people are buying the book. “Last Week Tonight With John Oliver Presents a Day in the Life of Marlon Bundo” is currently #1 on the Amazon Best-Seller list while the book by Mike Pence’s daughter is currently at #4.

Charlotte Pence says she’s “all for” the parody book making fun of her dad’s anti-LGBT views. “In all seriousness, his book is contributing to charities I think we can all get behind,” she said. “We have two books that are giving to charities that are about bunnies, so I’m all for it really.”

Proceeds from Marlon Bundo’s A Day in the Life of the Vice President will go to an art therapy program called Tracy’s Kids and A21, a nonprofit that’s working to end slavery and human trafficking,

while 100% of the proceeds of the John Oliver’s book will be donated to The Trevor Project and AIDS United.