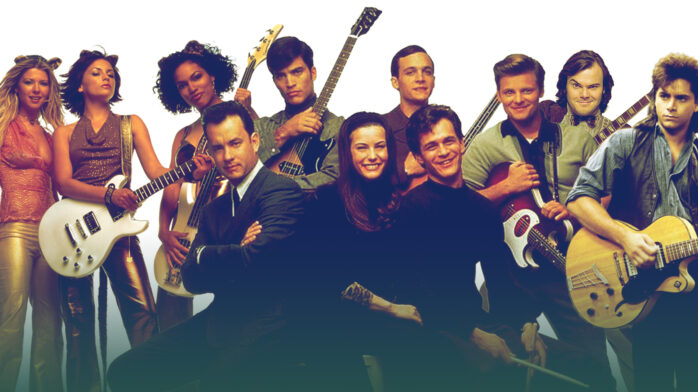 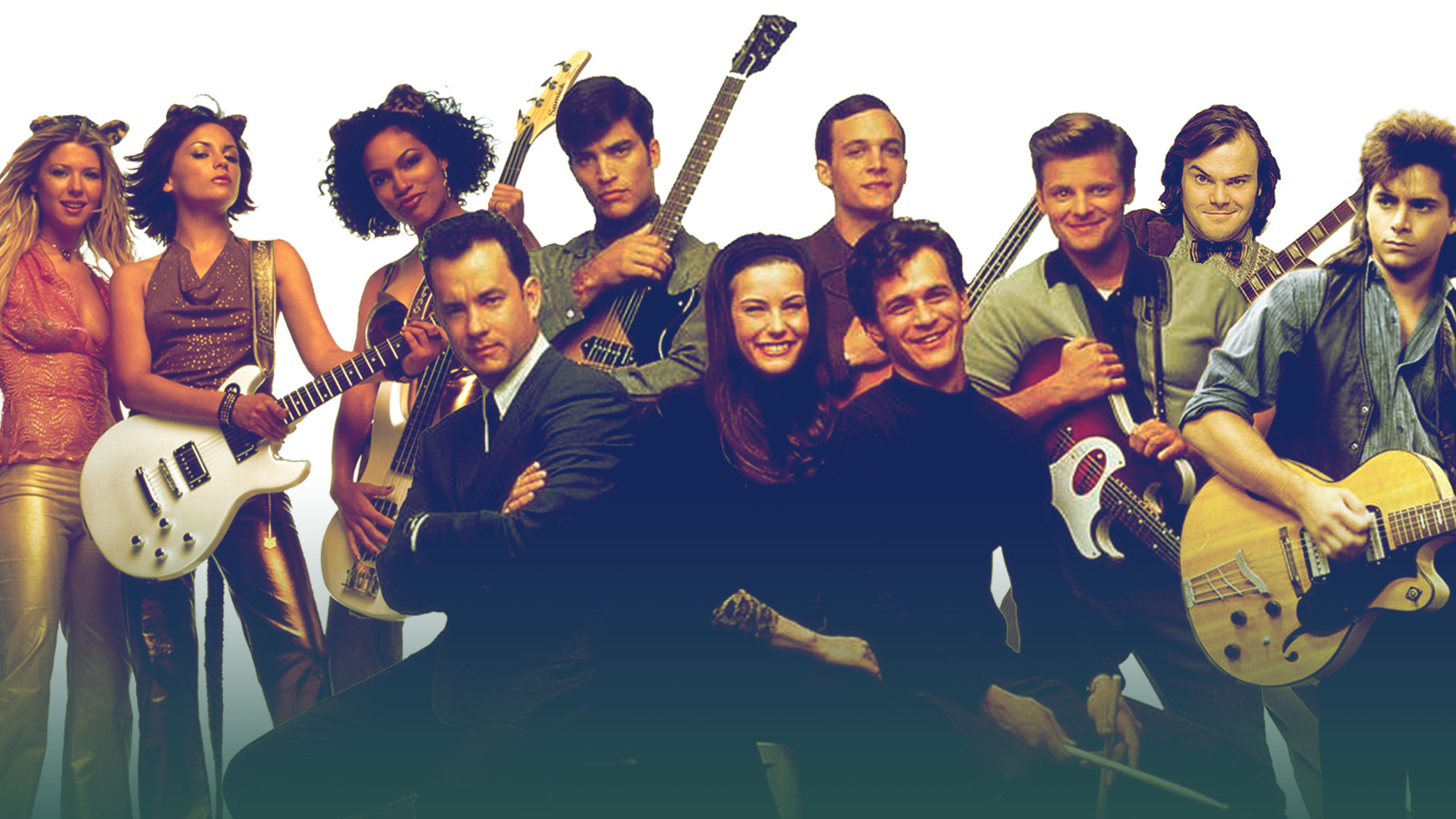 While we all eagerly await the 2018 Riot Fest lineup announcement, speculation is already swirling around what bands will be on the bill. Whether through careful analysis of summer tour schedules or shuffling the first letters of tweets like they’re Scrabble tiles, it’s hard to resist participating in the guessing game of who will be performing at the festival this year.

While there’s never been a shortage of “real” acts to fill out the weekend lineups, Riot Fest has mischievously snuck “bands” like Ugh, My Parents Are Here, Ur Lineup Sux, Bro, and Ugh, My Kids Are Here—to name a few—onto the bill. Of course, let’s not forget last year’s big prank: Riot Fest “revealed” its 2017 festival lineup on April 1, featuring headliners Wyld Stallyns, Crucial Taunt, the Oneders, and of course, Rex Manning performing Back With More in its entirety.

That got this Riot fan thinking about her fictional fantasy fest lineup. Here are a few acts that I’d personally like to see play at Riot Fest this year. 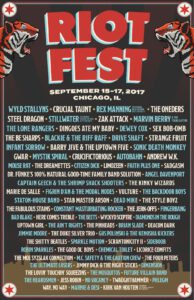 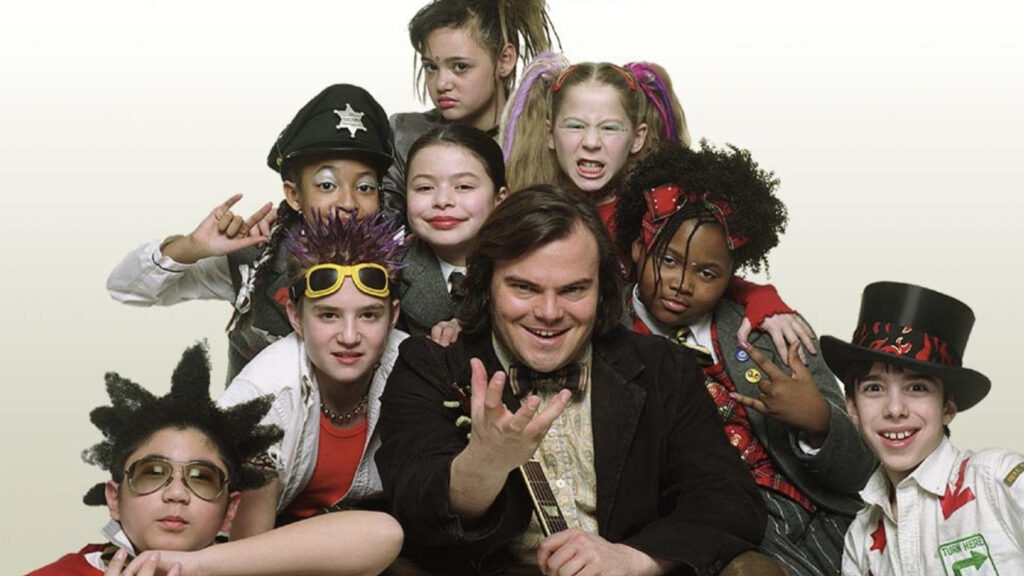 After performing in 2015 with Tenacious D, Jack Black’s return to Riot Fest with his band of Horace Green students would surely be a hit.

Though they lost out to No Vacancy at the Battle of the Bands, the School of Rock* stole our hearts with Zack-Attack’s refreshingly honest original track and an ripping AC/DC encore.

While Riot Fest would likely be the biggest show yet for the band of 10-year-olds, between Jack, er, Dewey Finn’s veteran presence and manager Summer Hathaway’s no-nonsense marketing style, the talented youngsters could certainly make a splash amongst a lineup of more seasoned acts.

* Not to be confused with the actual School of Rock, which has actually really performed at Riot Fest IRL. 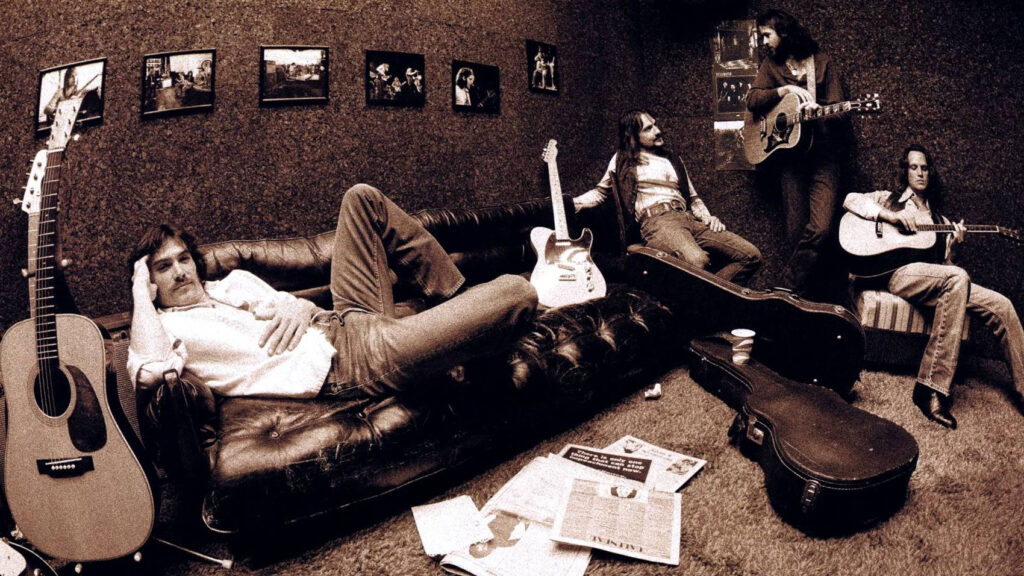 Following years that saw the unlikely reunions of Jawbreaker and the Original Misfits, it seems like Riot Fest is capable of getting any band who previously hated each other back together.

Teenage journalist William Miller observed no shortage of conflict during his time on tour with Stillwater, including Jeff confessing to sleeping with Russell’s wife, his petty criticism of the guitarist’s appearance, and a near-death experience with Jimmy Fallon aboard the band’s new private plane.

Ultimately, William’s Rolling Stone article gave the band a necessary dose of reality; and assuming they can still all get along, a Riot Fest cameo would be the ultimate destination for Doris the tour bus to commemorate the 45th anniversary of the No More Airplanes tour. 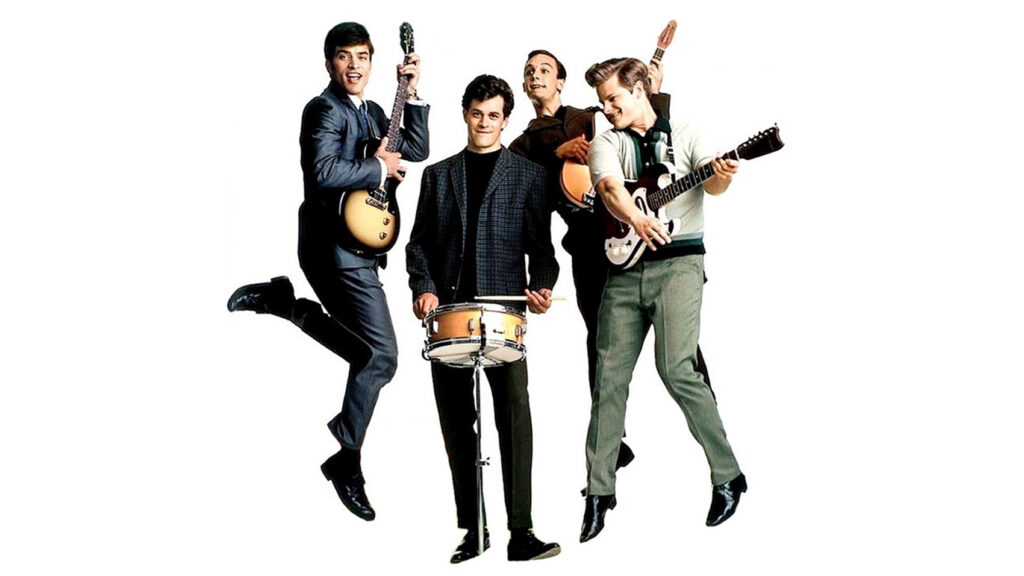 Speaking of reunions, 60s-era heartthrobs the Oneders (not pronounced “oh-nee-ders”) actually got the band back together in 2017. While guitarist Lenny Haise was missing from the legendary reunion, Guy “Shades” Patterson, Jimmy Mattingly and the bassist with no name played their biggest hits for fans at the Roxy, so a full reunion at Riot Fest would be the next logical step for the band.

While its sound may not make the Onedors an obvious choice for a festival with deep roots in the punk scene, diversity is one of Riot Fest’s biggests strengths. So for an act with the charisma, talent, and nostalgia-factor of the Oneders, I think they could find some room on the bill. 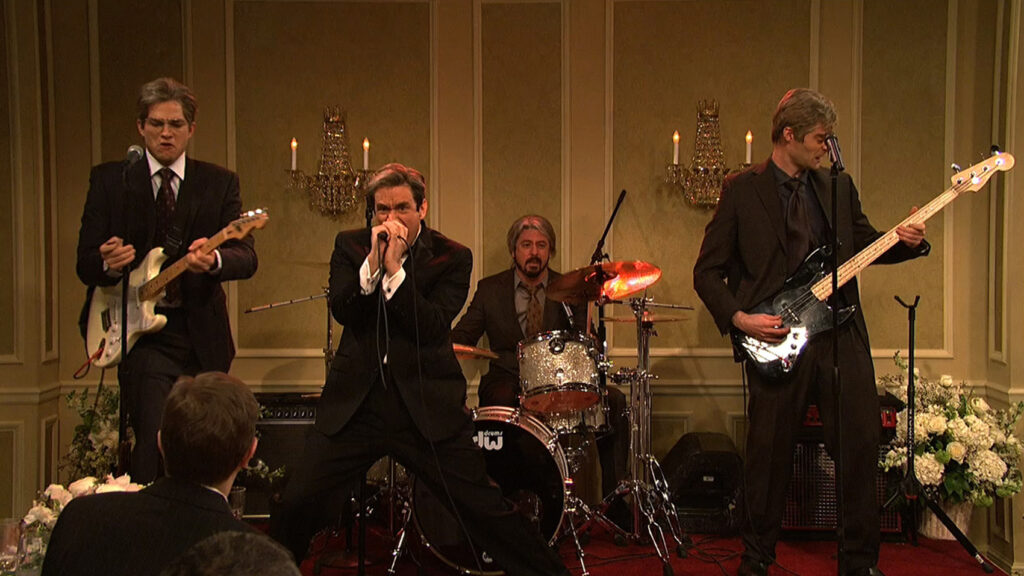 The 80s hardcore unit of Fred Armisen, Bill Hader, Ashton Kutcher, and some guy named Dave Grohl reunited once in 2010 at the wedding of their frontman’s (disgruntled) daughter, but the aging scene members would almost certainly be up for an encore at Riot Fest.

Born out of Armisen’s love of Black Flag and Hüsker Dü, the four piece’s aggressive performance of Fistfight in the Parking Lot wasn’t so well received by the wedding guests, but the group would find themselves right at home on a Riot Fest stage where they could really let loose and relive their glory days… especially with a sweaty late night gig at Cobra Lounge as well. 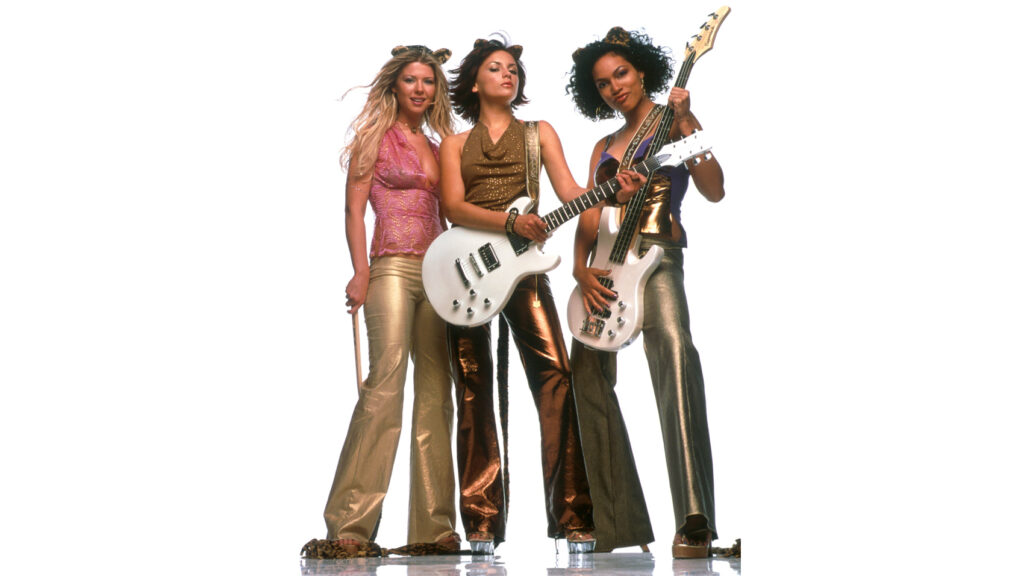 Riot Fest has been one of the few festivals to consistently support female-fronted acts, and the socially-conscious all-girl trio of Josie and the Pussycats would be a perfect fit for the 2018 lineup.

Always putting music and friendship first while getting out of their hometown (how pop punk), Josie, Mel, and Val successfully smashed corporate greed and brainwashing while winning over a stadium full of fans with their music and authenticity.

After rocking an arena full of teenagers sans-Josie ears, Riot Fest would be a walk in the park for the pop punk trio. Literally. 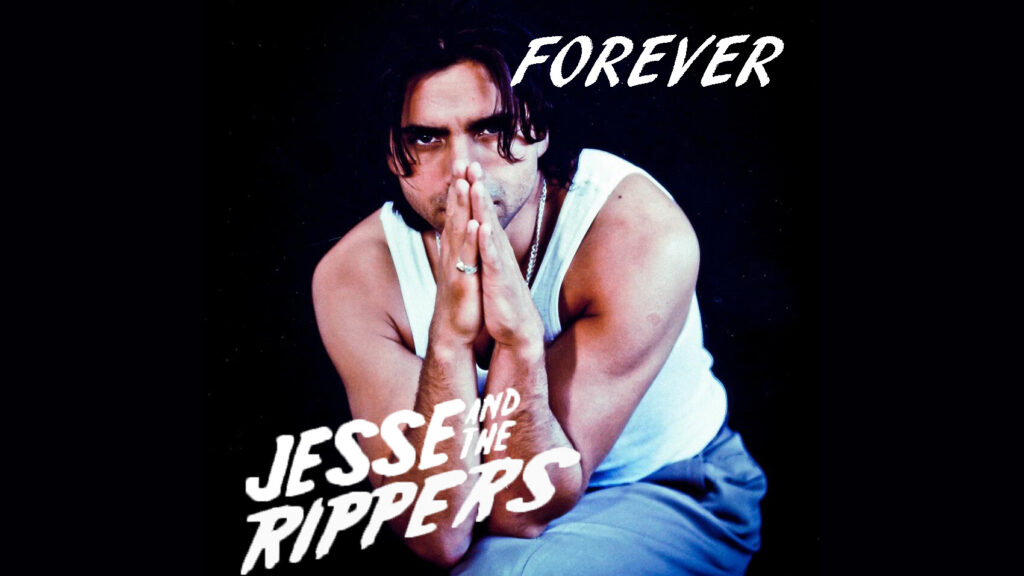 I mean, after a Butter statue and the John Stamos Art Show, is there even any legal way we could’ve omitted Uncle Jesse from this list? How rude that would be?!