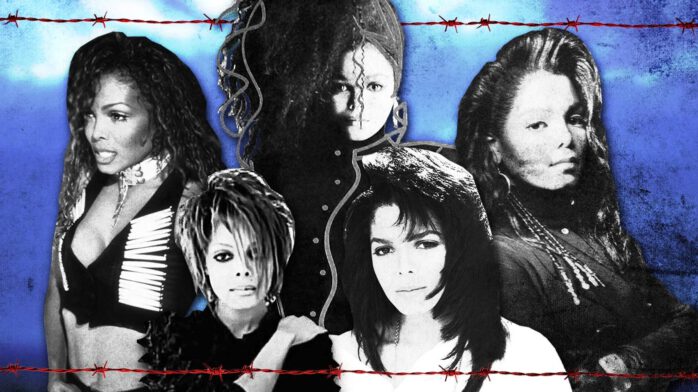 Janet Jackson is widely recognized one of the most influential female R&B artists of her generation, and one of the most successful pop stars of all time, but she rarely gets much credit for being the sonic innovator she is. Over the course of her career she and her longtime producers Jimmy Jam and Terry Lewis have charted an artistic path that’s taken Janet into a lot of interesting and unexpected places, dabbling in hard rock, bubblegum, and electropop, among other genres, and basically inventing alt-R&B all the way back in 1997 with The Velvet Rope.

One thing Janet definitely doesn’t get credit for is how extremely hard her music gets at times. Thanks to smashes like “That’s the Way Love Goes” and “All for You” we often tend to think of Janet songs as breezy, feather-light confections, but she’s had just as much success hammering eager audiences with booming, hard-edged beats, crunchy guitars, and bursts of electronic noise. If that sounds a lot like industrial music to you, you might be onto something.

Janet’s third album was a declaration of independence from the Jackson family hit machine and the proper beginning of her solo career. The theme comes through strongest on its fourth single, not only lyrically but in the clanging rhythms that Jam and Lewis cooked up for her. If the spoken word intro about control isn’t industrial enough for you, take a listen to the drum machine programming side by side with “Head Like a Hole.”

Janet took things into even harder territory with Control’s follow up, Janet Jackson’s Rhythm Nation 1814, and on tracks like the guitar-heavy “Black Cat,” she delivered. The song’s shreddy, harmonics-laden riffage could be read as a tribute to the Sunset Strip hair metal scene that was dominating rock radio at the time, but the tight bursts of distortion over unabashedly electronic beats reads even darker.

You know “Love Will Never Do Without You,” don’t you? It’s one of those classic breezy Janet pop joints right? Listen again. The hook on the chorus may be lighter and sweeter than cotton candy, but the beat is heavier and noisier than a factory floor. I have a playlist that segues into the “Love Will Never Do Without You” from Nitzer Ebb’s “Join In the Chant,” and honestly I think Janet goes even harder.

Janet’s most industrial quality is her predilection for banging beats with a relentless gunshot snare on the two count, but her lyrics also go into some heavy territory, whether it’s Rhythm Nation’s stark political content or the tendency for her love songs to drift into genuinely creepy territory. Between its noisy stripper-pole grind and the opening line “Sittin’ over here, starin’ in your face / With lust in my eyes, sure don’t give a damn,” “If” sounds like a not-to-distant cousin of Nine Inch Nails’ “Closer.”

Scream
Michael Jackson’s hIStory: Past, Present and Future, Book I | 1995

Between a sadistic dominating father and lifetimes spent under the unblinking eye of the celebrity industrial complex, Janet and her brother Michael had a lot of issues to work out (to say the least). In 1995 they got together to air some of them out on the aptly titled single “Scream,” where the gnarly electronics and hypnotic droning samples shout “industrial” as loudly as the bondage-inspired costumes they wore in the Hype Williams-directed video.