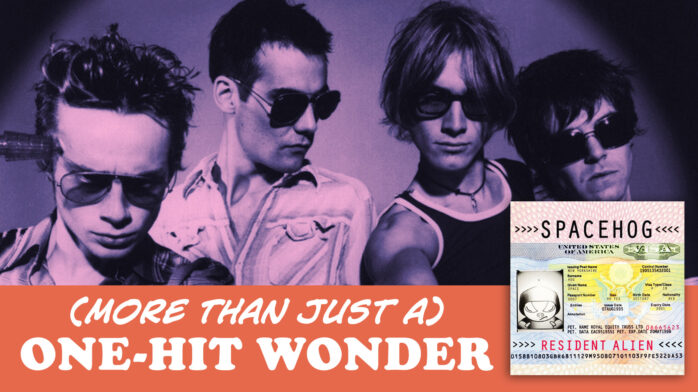 Spacehog kicks off our new series, (More Than One) Hit Wonders 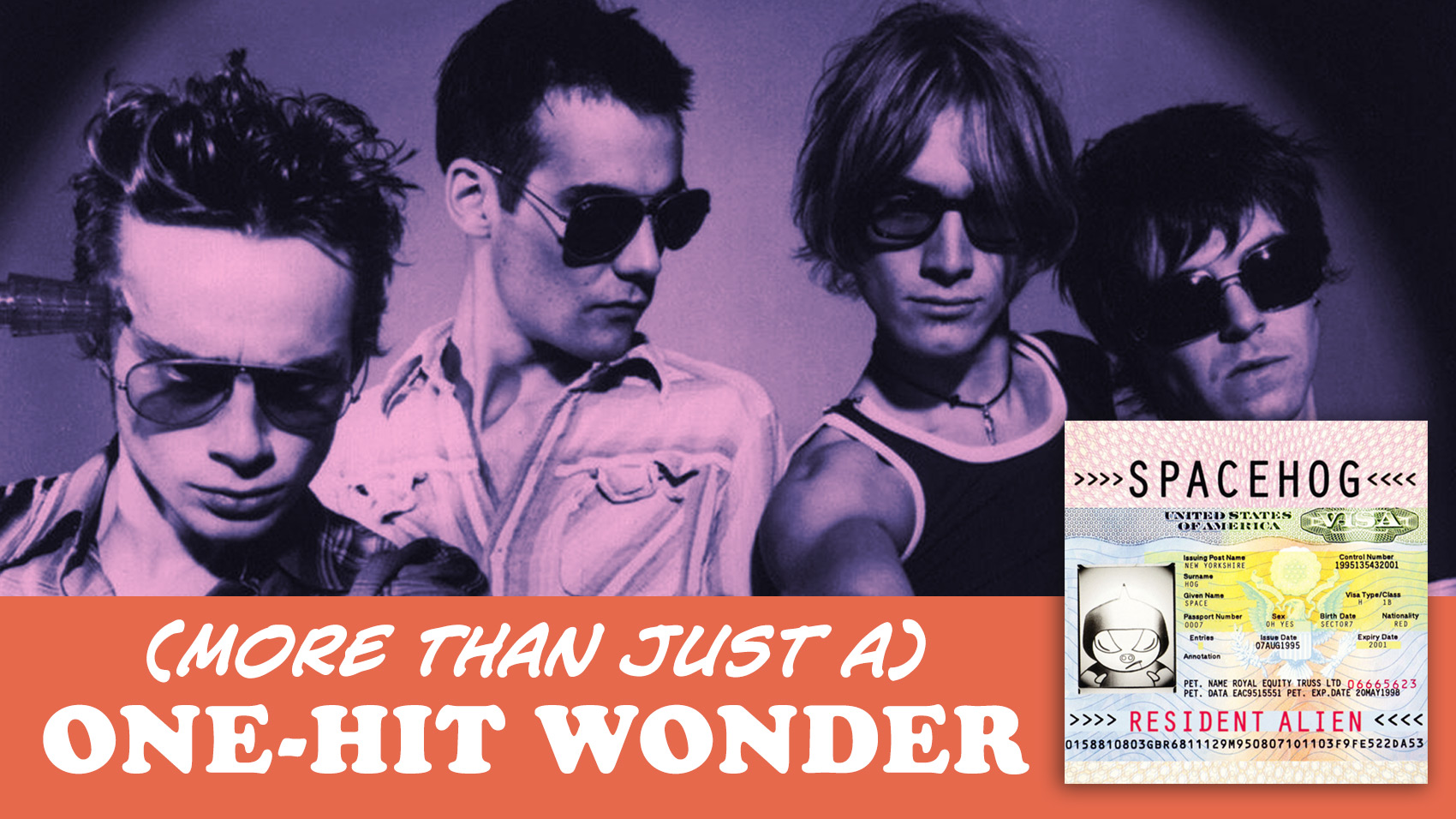 Ooh-woo-ooh-OOH-OOH-OO-OO-OO! Okay, yeah, spelling it out doesn’t really do the trick, but everybody knows the vocal melody to Spacehog’s “In the Meantime.” The lone hit of the NYC-by-way-of-Leeds quartet’s career led off 1995 debut Resident Alien, and is as still as ubiquitous on jukeboxes and karaoke nights as Harvey Danger’s “Flagpole Sitta” or the Toadies’ “Possum Kingdom.” The band issued three other full-lengths to increasingly negligible returns, all of which have their wet puppy dog noses pressed against the glass of your nearest dollar bin. Indeed, they are a textbook One Hit Wonder.

All of Spacehog’s best qualities—filtering Bowie, Queen, and Mott the Hoople through an alt-pop sheen; frontman Royston Langdon’s elastic vocals and unchecked flamboyance; shout-along hooks that appealed to the few kids who didn’t think Pearl Jam invented music in 1991—are the same reasons they burned out so quickly. But in our first installment of One Hit, My Ass, we’ll make a case for five other Spacehog songs that should have enjoyed the ubiquity of “In the Meantime.” Keep your snout in the trough and keep reaching for the stars.

The obvious first choice is Sire’s big effort to recapture the “In the Meantime” lightning. It even got a likable—if infrequently aired—concept video showcasing the brotherly camaraderie between cheeseball Royston (a bit of a tabloid fixture at the time for dating Liv Tyler, with whom he eventually shared a five-year marriage) and axeman Antony.

Maybe the intended audience confused it with the 1979 Nick Lowe classic of the same name, because this criminally underrated rocker is almost as infectious as “In the Meantime.” A little syncopated sass in the verse, exuberant ivory tickling, a stadium-shaking chorus—it’s basically the best Darkness song the Darkness never wrote. However cruelly enough, it just didn’t register—and it had company in kind.

The Resident Alien cycle may have ended with a whimper, despite the album being overrun with earworms (more on that in a moment), but at least you get to start fresh with your second record. It worked for Candlebox, right? (Hello… is this keyboard on?) Titling the sophomore effort The Chinese Album didn’t help, although in retrospect, it’s an appropriately idiosyncratic move, and the cover remains mad stylish. (I don’t have the heart to tackle the cultural appropriation question—go wild in the comments.) Even fewer punters caught onto “Mungo City” than “Cruel to Be Kind,” but it’s absolutely a spiritual sibling. The band reintroduces themselves in style, flaunting a strutting peacock of a lead riff and an “everybody now!” refrain that should have had Alternative Nation running to Webster’s to find out just WTF “mungo” means anyway. (Could be “cloth made from recycled or woven material,” could be shorthand for “mongoloid,” specifically in reference to football players—bet you didn’t expect a Spacehog piece to awkwardly challenge your political sensibilities.)

As promised, we return to this sweetly eccentric gem factory of an album, which staggers from snackable glam to ambitious space-rock to the occasional, often successful Frankensteining thereof. “Starside,” on the other hand, dials it way down, with the exception of one smirking, forced couplet (“Love always gets in the way / just like in Hutch and Starsky”), and given that ’90s radio gave young talent a long leash to explore gentler looks, maybe it would have been a better follow-up to “Meantime” than the much more in-your-face “Cruel to Be Kind.” An introspective, forlorn call to the cosmos, “Starside” is exhibit A for how good the band can be when they dial back the ’tude for a tasteful Bic-flicker.

Dear god, do these dudes know how to shoot themselves in the hoof with these album titles. At least the record companies (in this case, defunct NYC indie Artemis, which took over after Sire washed its hands of The Chinese Album) always knew the clear single to push, which was of particular importance as the band’s output got more inconsistent. For 12 years, it looked like this flop of an LP would be the band’s hogsong (sorry, not sorry), but at least Royston was still on-point in the lyrics department (“She said, ‘I’m faceless and lonely / I ain’t too sure / But I want to live just a little bit more / To shine like an angel, ride like a whore / I want to live just a little bit more’”). The intro references his soaring “In the Meantime” falsetto without being crass about it, and the remainder offers a little bit of everything the band does well. Treat yourself to the Letterman version above, not only for Royston’s Peter Lorre-memorial eyeball-popping, but his hair decomposing in real time.

I really wanted to be fair and wrap it up with the best track on 2013’s As It Is On Earth, their fourth and (as of right now) final album, but even lone single “Try to Remember” sounds more like early Radiohead than Spacehog for some reason, so we say sayonara with the punchy “Goodbye Violet Race.” Like “Mungo City,” it is hopelessly, infuriatingly unclear what or who on earth this goddamn song is about, but it survives and thrives on a layered chorus that mostly consists of just the title. Simple is not usually the go-to gun in this band’s arsenal, which is what makes this such a pleasant surprise. Hopefully they refuse to go out on the whimper of As It Is and reload soon.