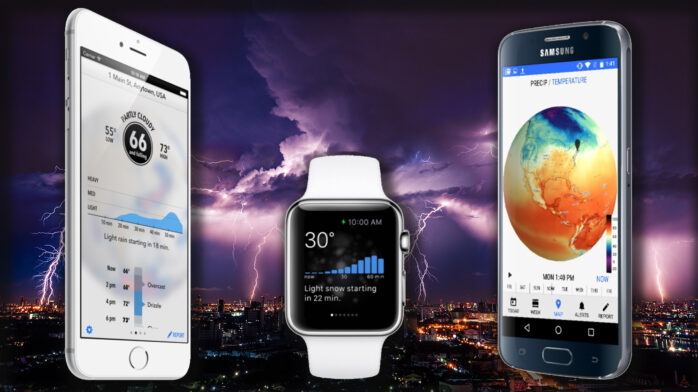 Random Fandom: Warm Up to the Dark Sky Weather App 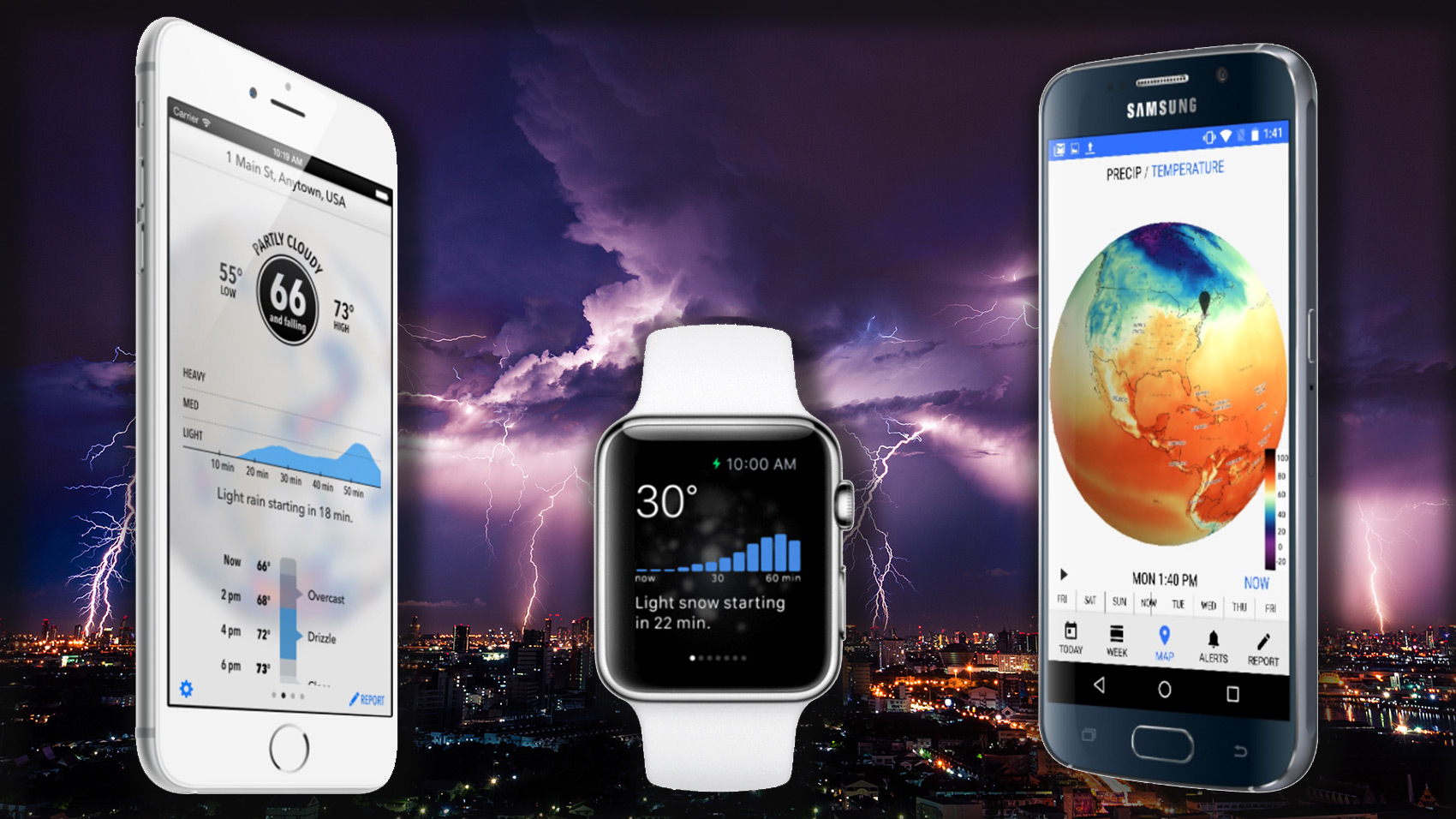 Of course, being one of Those People means that I’m not only smug and superior about doing these things, but I also feel compelled to explain to you why I’m a smarter and better person for doing them. So let me tell you about my favorite weather app.

Dark Sky is made for people like myself: information junkies with a dash of control freak. When you open it you see the current temperature, a brief but detailed forecast for the next hour (“Mostly cloudy. Nearest precip is 19 mi to the southeast.”), and an hour by hour forecasts for temperature, wind, humidity, UV index, and chance of precipitation. Swipe left and you see the forecast for the week. Swipe right and you see your current location on a globe, with radar representations of weather patterns rendered in a vivid sunset palette, that you can spin around, zoom in and out, and rewind and fast forward through time. You can set custom alerts that will let you know when, for instance, the temperature drops below freezing, or there’s supposed to be so much UV that you’ll want to wear sunscreen. (Or, alternatively, you could program it to tell you if it’s going to be a perfect day out that might be worth ditching work for.)

There are so many cool features about Dark Sky that I would say it’s hard to pick my favorite, except that there’s one feature that’s clearly the best. When you open the window to enter the location you want the weather report for, the app not only offers a button to choose Your Current Location, but one suggesting an interesting weather event happening somewhere in the world that with a press will give you all the relevant information and find it on the globe for you. The Interesting Weather button is one of my favorite things on my phone.

Sometimes the suggested weather event is really exciting, or at least there’s a lot of implied excitement. Dark Sky doesn’t offer any editorializing about what the weather’s doing (no crazy CGI visualization of what might be happening, or featured tweets from the location in question), it just says what it’s doing. But the hot pink arm of a tropical storm reaching out towards Jakarta is packed with unspoken drama, an implied story about a big nasty piece of weather meeting an overcrowded megalopolis with dodgy infrastructure.

Other times, “interesting” is more relative. Right now the town of Tallulah in the northeastern corner of Louisiana’s about to get hit by a storm. It looks like it’s supposed to rain all night but the worst of it should be over within an hour. It’s considerably less dramatic, but the radar image is pretty.

I can’t speak for why anyone else would care to get information on weather happening in a random part of the world that couldn’t conceivably have any direct bearing on their lives in any way, but I find it soothing. (At least when it doesn’t seem likely that the weather’s going to kill a shit ton of people.) Sometimes I’ll zoom in and out on the radar map to check out the system’s ripples and waves. Sometimes if I’m bored and the place seems interesting I’ll Wikipedia it and find out interesting facts about it. But sometimes I’m just content to know that Louviers, Colorado (or Mexico City, or Michigamme, Michigan) is in for a rainy afternoon.

But what I like even better than what the Interesting Weather feature does is that it simply exists. Someone at Dark Sky had the foresight to know that out of all of the info junkies and weather nerds who’d be willing to drop $3.99 on an app that basically just does what a ton of free apps do (but in much more detail), there would probably be a bunch who might be happy to know that there’s interesting weather going on somewhere in the world. It doesn’t really matter where.

And that’s great. The more that apps–not just the ones everyone talks about, like Facebook or Twitter, but ones like the ones we use to check the weather a couple times a day–become ingrained into our lives, the more apparent it is how willing the people who run them are willing to act in ways that we don’t want them to, how little they give a fuck about how we feel about it. Being on Instagram when they switch to an algorithmic timeline that no one likes and refuse to give us a switch to turn it off, or on Facebook while they play games with our news feed just to see what happens, can feel like living in overlapping totalitarian dystopias run by power-mad nerds. The more that tech-bro authoritarianism seems to fill our air, the more Vonnegut-style humane grace there can be found in a little feature that doesn’t have any other purpose than to maybe brighten the day of someone using an app (but won’t get in their way if they don’t). Like a storm over Tallulah, Louisiana, sometimes I just like knowing it’s there.