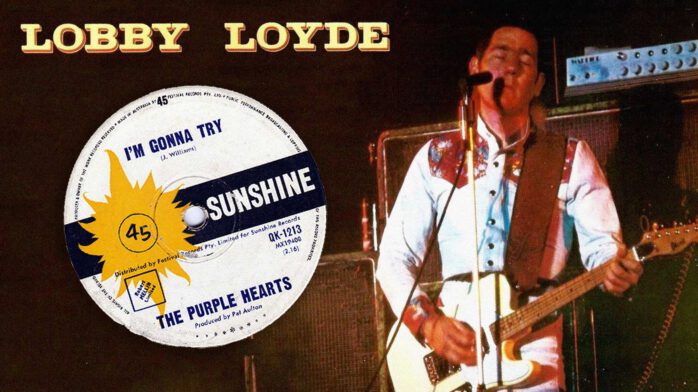 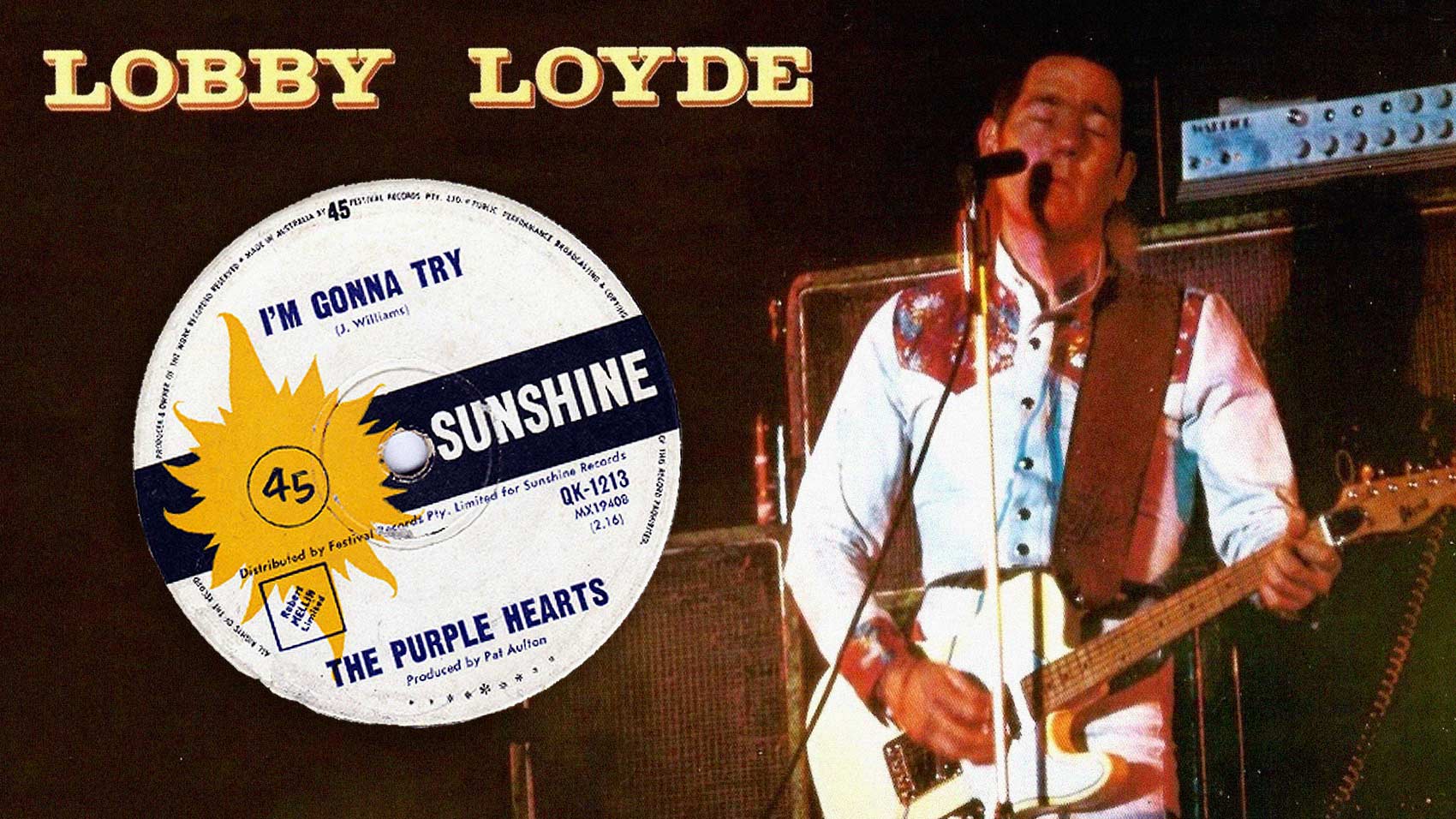 What would you say if I told you that there was a guitar player who is touted as a legend in Australia, but has steadily remained basically a non-entity in the States for five decades? Whose influence casts equal shadow over the arena stomp of AC/DC, the proto-punk mania of Radio Birdman, the most squalling rock action of Nirvana, and the shambling, bedheaded master’s degree rock of Pavement? Whose long career touched on mod R&B, O-mind psychedelia, epic space prog jams, lead-heavy blues rippers, and snarling pub-punk alike? If you’ve got a lick of good sense, the clear response will be: “where can I hear these records?”.

The guitarist in question is one Lobby Loyde (who would have turned 77 today), and sadly, most of his best work is kind of a pain to get stateside, at least in any physical format (a ton of it is on Youtube, and a sliver of it can be heard on Spotify). This majestic six-string wizard, who crossed over to the other side in 2007, has long been underappreciated on this side of the pond; all but the most seasoned record collector nerds seem to have missed the memo (and that includes this writer, until quite recently), forget the general public. Once you get hooked, though, Loyde’s is a catalog that invites deep diving, especially for those with decidedly broad tastes in rock music.

Let’s go in for a pocket overview, shall we? Since everyone’s tastes are different, your picks may ultimately prove radically different from mine, but the great thing about Lobby’s discography is how much room there is for all those different tastes. Please note that, in compiling this primer, I’ve intentionally glossed over Lobby’s stints in Billy Thorpe and the Aztecs and Rose Tattoo, as both those bands started and carried on without him, though his stints with both are worth checking out.

Before launching fully into the stratosphere (or is it the inner depths of the mind?) in his psychedelic period, Lobby brought layers of fuzz smear to this hard-charging R&B combo. Few other bands were cranking quite this heavy in 1966, but even this unhinged freakbeat monster is restrained relative to much of what was to come.

Lobby’s first solo record, 1971’s Lobby Loyde Plays With George Guitar, received zero stateside distribution in its day, a situation which hasn’t been rectified in the ensuing five decades. Considering its commercial potential, though, I guess that’s no surprise: this is the rawest, most undiluted version of Lobby Loyde available, lo-fi, scrappy, and stoned to the bone. The whole thing is a must-hear piece of work, but ‘Evolution’ is particularly off the rails proto-metal, a blown-speakers cross between early King Crimson and Sir Lord Baltimore. That this album isn’t held up with the aforementioned, not to mention the early works of space rock freaks like Hawkwind and Gong, is a glaring oversight, if not an international scandal.

Like the Purple Hearts, the Wild Cherries formed as an R&B group in 1964, but found their footing a couple years later when Lobby joined their ranks. This was during the heady days of psychedelia, and the Cherries happily rode that rocket until near the end of the decade, when Lobby ran off to join Billy Thorpe in his renowned blues-rock band The Aztecs. A new version of the Cherries emerged a couple years later, after Lobby had tired of the Aztecs’ predictable blues structures, and it was that iteration which Loyde yanked through this buckwild instrumental. ‘G.O.D.’ would remain his signature from then on, a track which not only matches the heights of his psychedelic peers, but also presages the dreamy noise-rock propulsion Sonic Youth would codify about a decade later.

The 1970s found plenty of hippies and former hard rockers relaxing into more featherweight territory: “back-to-roots” folk/blues/country-isms, sad-sack singer/songwriter plaints, the roots of what we now call new age music. Having none of it, Lobby formed this rough ‘n’ tumble street gang of a band instead, and found himself becoming a reluctant hero to Australia’s “sharpie” subculture in the process. Some of punk’s truest roots show here: fast and hard, working class, no bullshit. They even beat all those London brats to the haircuts.

After the Coloured Balls dissolved, Lobby experimented with a number of different forms and lineups, and he even took a crack at becoming a science fiction writer. Unfortunately, we’ll never get to read Beyond Morgia: The Labyrinths of Klimster, since Lobby burned the only copy of the manuscript in a frustrated fit, but we at least have this, his soundtrack to an imagined movie based on the tale. This instrumental, synth-driven “original soundtrack” isn’t necessarily among Lobby’s best work, but it’s fascinating for being so far removed from anything for which he was known. It fits right in with both Pink Floyd and Tangerine Dream’s work of that period, not to mention modern analog synth fetishists like Stranger Things soundtrack composers S U R V I V E.

Here’s another radically different slice of Lobby that sat in the vaults for about three decades. Southern Electric were doomed to obscurity even by Lobby standards, but there’s at least some scant evidence of the hell they raised. “Too Poor To Die,” from an unreleased 1977 EP of the same name, is Lobby at his most bonkers, a wobbling gob of snarling art-punk complete with bleating sax and Cypra Helmer’s perfect monotone vocals. By this point, Lobby had done enough to set the groundwork for punk, so it’s only fair that he got to revel in its gnarliest impulses. If only someone had heard it at the time.