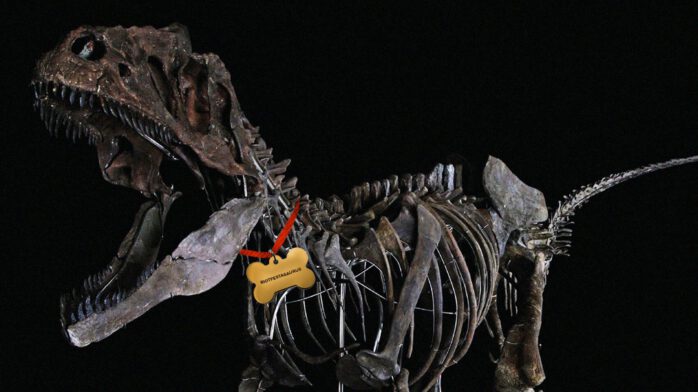 For a few million dollars, you can name your own dinosaur species

We're thinking that 'Riotfestasaurus' rolls off the tongue nicely
By Riot Fest / May 11, 2018 / Science 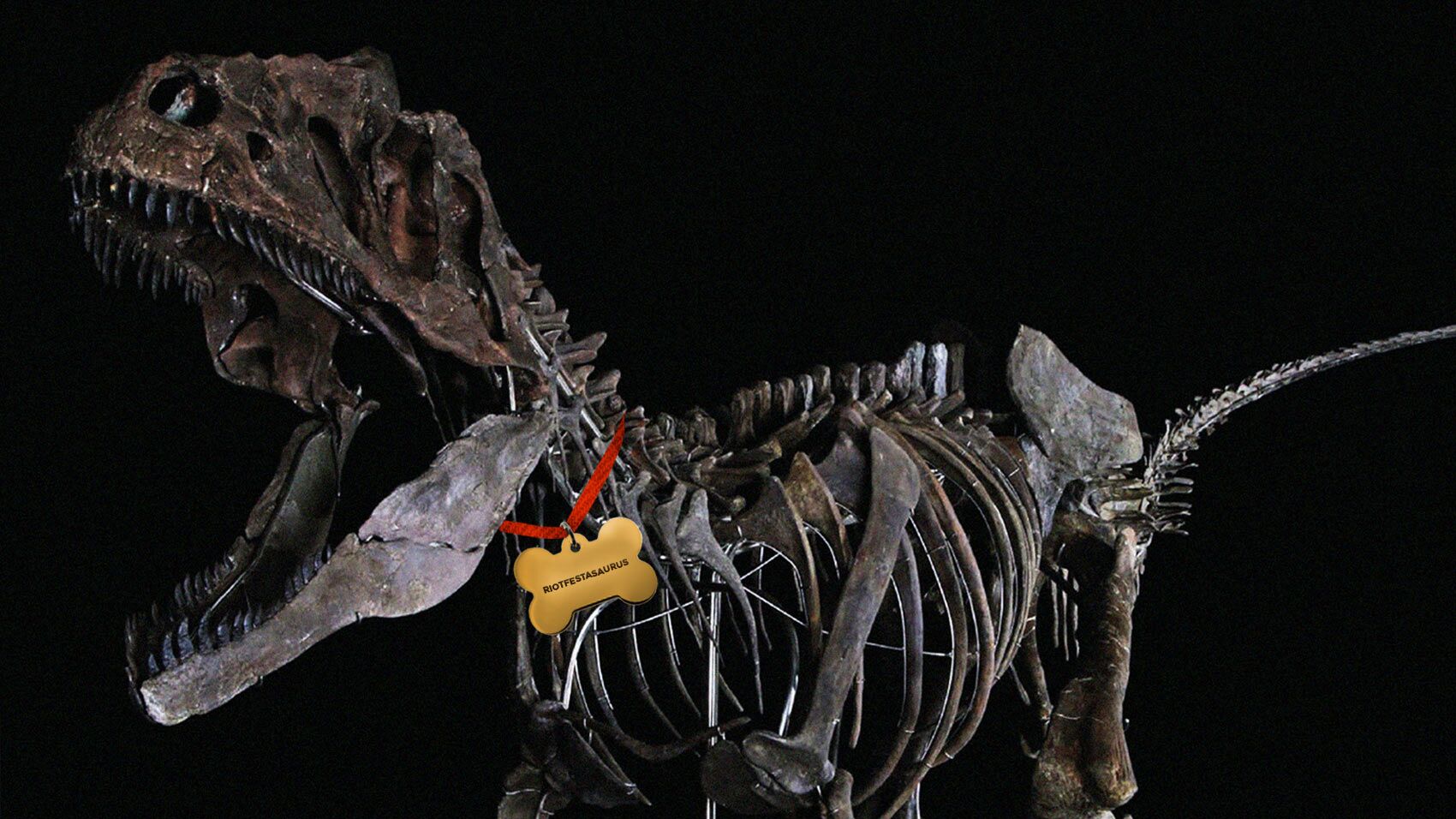 If you have a few million dollars sitting around, you can own and name your very own dinosaur species.

Paris-based auction house Aguttes is putting the skeleton of an as-of-yet-unnamed dinosaur species up for bids. Professor Eric Mickeler, who’s assisting Aguttes with the sale, says that like much like bowling (and not at all like the Vietnam War), the naming of new scientific discoveries has its own set of rules. According to Mickeler, the individual that discovers a new species “can give it its scientific name. It can be the name of a company or a person. Then they just add an ‘-us’ on the end.”

Riotfestasaurus does have a nice ring to it, no? Let’s carry on as if we’re millionaires.

The auction for Riotfestasaurus—notably scheduled to take place this June 4 at the Eiffel Tower in Paris, is estimated to net $1.4 million or so.

The skeleton of the three-toed Riotfestasaurus—which is about 70 percent complete—was found in Wyoming in 2013 and is approximately 28.5′ long and 8.5′ high.

“It’s not every day you come across a new species of carnivore and a skeleton that is so complete—in fact, it’s very rare,” noted the good professor. “This is the first time in almost 20 years I’ve seen anything like this. It’s fantastic, with an extraordinary skull, lots of teeth and the claws,” the dinophile added.

Mickeler also said that a case of mistaken identity almost made this discovery a non-issue. The paleontologists who discovered Riotfestasaurus originally thought the beast was an allosaurus. However, when digging out our baby, they noticed several unique characteristics—such as the teeth and skull—that didn’t correspond with your classic allasaurus. “So we can therefore confirm that [Riotfestasaurus] is totally new,” posited Mickeler.

Let the planning for the petting zoo at Riot Fest 2018 begin!