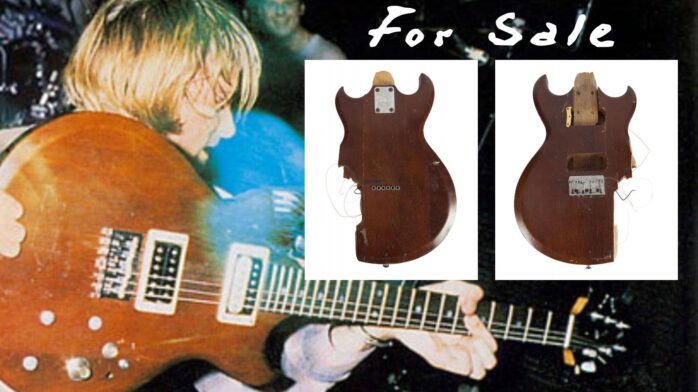 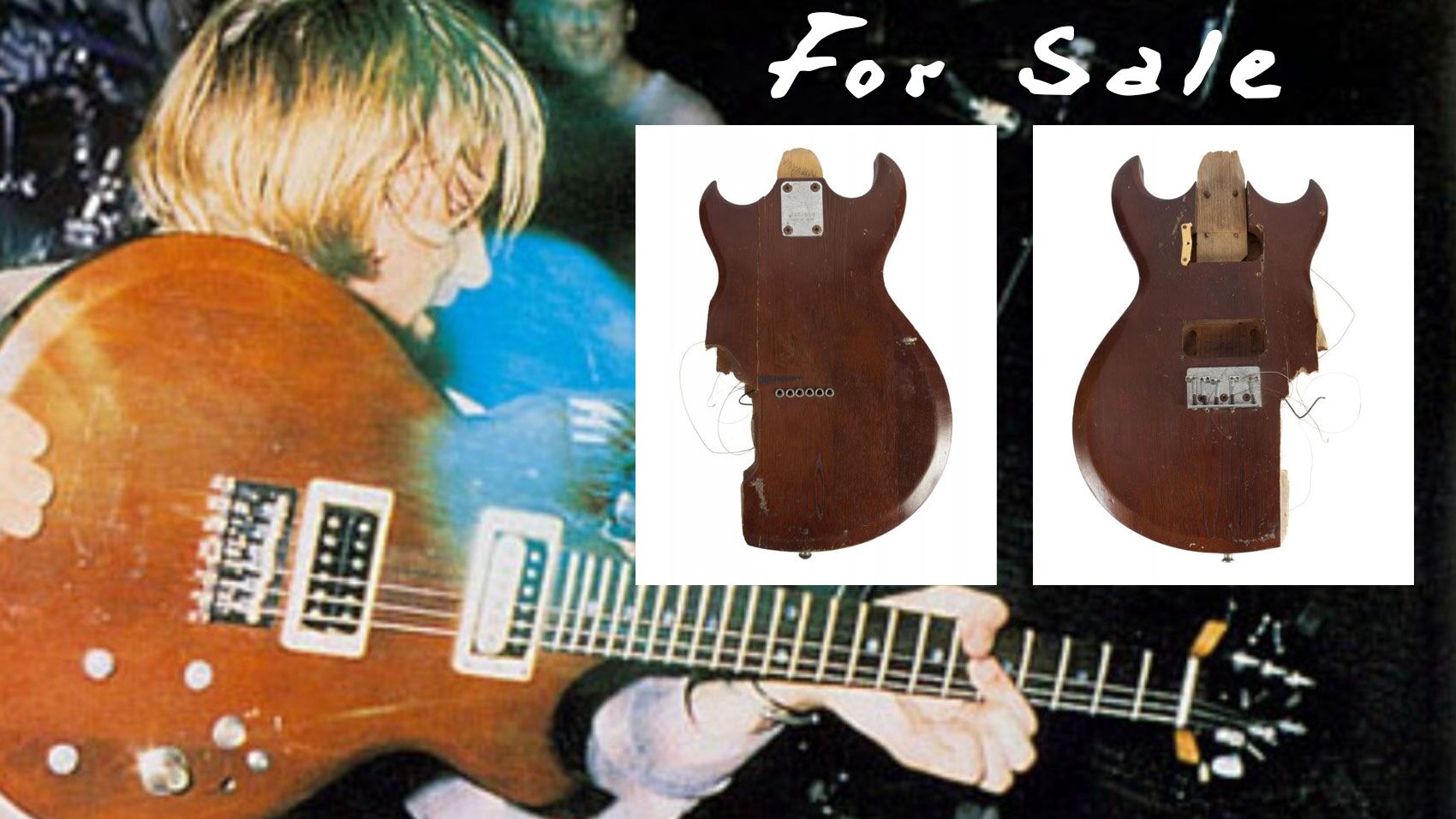 So, this is what’s become of rock ‘n’ roll: a smashed guitar behind a glass case displayed on some rich guy’s wall.

After grabbing what was left of the instrument after the show, a security guard returned just the pickups to Cobain at his request—and kept the rest of it. Now Julien’s is auctioning it off.

An Aria Pro II Cardinal Series broken guitar body, natural wood finish, played by Kurt Cobain and smashed at the Motorsports International Garage Show in Seattle on September 22, 1990. Cobain first played the guitar on stage at The Masquerade in Atlanta on May 6, 1990, and he played the guitar throughout Nirvana’s summer tour, until he smashed it at the Motorsports event, which Nirvana headlined.

Cobain played the guitar in 1990 when Nirvana was just gaining prominence, and the Motorsports show with 1,500 people was the largest audience that Nirvana had played for at that point. It was Nirvana’s one show where Dan Peters of Mudhoney played drums, and Dave Grohl, who would join Nirvana as drummer, was at the event as well. Cobain played his Mosrite Gospel guitar for most of the set, then switched to the Aria Pro II for the climactic last song. He spins the guitar in the air for a few minutes before repeatedly smashing it and picking it back up.

The broken guitar was acquired by Richard Newland, who worked security at the event. At the end of the show, Cobain asked if he could remove the pickups from the guitar, to which Newland agreed, and the body of the guitar as it stands now is thus bare. The guitar has remnants of two strings, “Nirvana” carved into the back of what is left of the neck (presumably done by Cobain), and the serial number 20111650.

In an interview with Earnie Bailey, Kurt Cobain’s guitar tech, Bailey says that the Aria Pro II had a decent run and might have been Cobain’s favorite guitar at the time, but he tended to sacrifice or turn on the things that he liked. An audio segment with Nirvana’s bass player, Krist Novoselic, also exists, regarding Cobain’s purchase of this guitar.

Accompanied by a copy of the Nirvana Live 1994 album with the image of Cobain about to smash the guitar at the Motorsports event on the cover.

The auction ends on May 19, so place your bids right here.