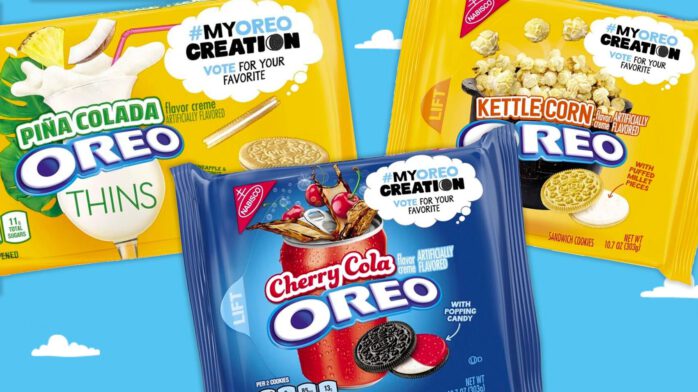 And now after an contest to find the next big flavors, they have decided to sell three, Cherry Cola, Kettle Corn and Piña Colada.

Yes, the three most creative and original ideas for Oreo flavors of out literally thousands of suggestions are Cherry Cola, Kettle Corn and Piña Colada.

All three new flavors are available in stores, and Oreos is having a contest to pick the winner of the three finalists who will win $500,000. Someone is going to win $500,000 for coming up with the idea of a Cherry Cola cookie.

You may vote on the final three until June 30 by visiting www.myoreocreation.com or texting VOTE to 59526. You’re allowed to vote once every day.