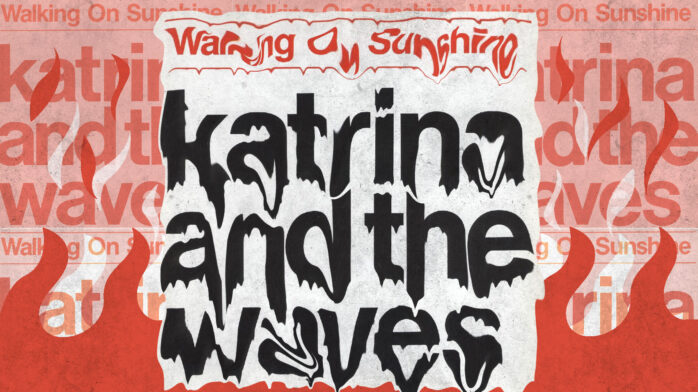 It’s such a weird thing about people that music has such power over our emotions, yet we’re just as likely to use it to make us feel bad as we do to make us feel good. Yeah, you can be sad and put on an uplifting pop song to cheer you up, but you’re probably just as likely to put on a sad song that just amplifies what you’re already feeling. Some of us are more susceptible to this quirk of human behavior than others, which is how we get entire genres like emo and doom metal that are as much about mood as they are about sound.

I’ve always been a sucker for music to mope to or music that makes me want to throw a brick through a plate glass window (or, ideally, music that can do both). Over a lifetime of obsessive listening I’ve put together mental playlists comprising hundreds of songs that cover every shade of emotional darkness on the spectrum. But it’s a lot rarer to find ones that actually manage to evoke the feeling of full-blown mental illness, which is one of the reasons I treasure them so much.

A lot of those songs come from the places you’d expect. Counterculture heroes like Syd Barrett and Brian Wilson reshaped the pop canon with music that brings listeners inside the psychedelic mental worlds they inhabited. But they also recorded plenty of less historical songs that want to pull you into far-back corners where things get twisty and weird. There’s something subtly menacing the way a song like “Vegetables,” recorded as Brian Wilson’s schizoaffective disorder first came into LSD-assisted bloom, can evoke the giddy sensation of feeling your grip on reality start to slide.

Or Elliott Smith, whose career as a craftsman of perfectly composed bummer ballads was capped by From a Basement on a Hill, a collection of salvaged demos he recorded while in the throes of the depression and addiction that would culminate in his suicide. If Smith had gotten well enough to finish the album, the songs would presumably have been edited down and smoothed out. Instead songs like “King’s Crossing” were released how he left them, full of rambling, borderline incoherent ideas that trace the movements of a dangerously unbalanced mind.

But some of my favorite ones come from one of mainstream pop music’s biggest stars. Kanye West’s very public struggles with mental health have produced a massive volume of gossipy press coverage, but they’ve also produced songs that come closer than anything I’ve ever heard to sonically reproducing the feeling of being trapped in a brain with its serotonin levels gone haywire. Metal bands since Sabbath have been trying to capture the sound of serious, mind-ripping depression and anxiety, and few have come anywhere near as close as “Blood on the Leaves.

And then there are the songs that probably weren’t intended to embody any sort of unwell mental state, but still do anyhow. If you want to know what it’s like to be inside my head during a panic attack, put on Katrina and the Waves’ “Walking on Sunshine” at a painfully loud volume, where the song’s giddy high-polish shine takes on a gleaming manic edge and the cheery mood starts to feel like an assault. It feels pretty much exactly like that.

I used to worry that it was unhealthy to collected songs like that the way I do. I used them like I do a sad song after a breakup, but for riskier purposes. Instead of just making myself feel sad I’d use them to take my mind places I knew weren’t good for it. I was triggering my own mental illnesses for no better reason than the needlessly risky fun of it.

After years of self-help books and therapy I’m finally feeling mentally healthy for the first time in my adult life, but I still find myself going back to this precious little collection of mine. These days it feels different, though. Recently I was walking around the city with my headphones on and on a whim I decided to put on Of Montreal’s “The Past Is a Grotesque Animal.” Just like every other time I’ve listened to it, the song’s churning melody and disorienting imagery gave me the feeling of a dark storm sweeping in over my interior landscape to make my heart and mind race and everything feel like it’s falling apart. This time it felt like revisiting a childhood home–familiar, but you kind of can’t believe you ever lived there.