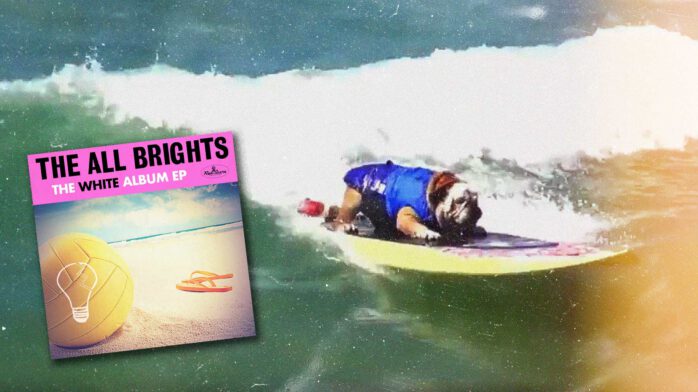 “Midwest (Make Love To) Me”: We Premiere a New Song from the All Brights

According to the All Brights’ new song, they’d like the the Midwest to fuck them (we had to say “make love to” in the headline because cussing is naughty). Their new song, “Midwest Fuck Me” is a follow-up to their song, “West Coast Fuck You”, which is actually a response to the Bouncing Souls song, “East Coast Fuck You”. You following here?!  Much hijinx.

Mattsimum Waves (guitar, vocals) has this to say about the song: “A heartbreaking lament from the Suburban Rastafari Church.  This song means everyt’ing to us.  Jah bless!”

“Midwest Fuck Me” is off the All Brights new album, The White Album EP and it’s out June 22nd on all digital platforms (iTunes, Spotify, Amazon, etc.).

Check out “Midwest Fuck Me” below and order The White Album EP here.

“Winter, 2018: The Santa Barbara surf report called for some gnarly waves, but no one could predict the rough seas that were about to hit The All Brights. Most of the locals thought Mattsimum Waves was carried out to sea by an aggro riptide, but it turns out he just had a kid. Then there’s Pat L. Board, who got a “job opportunity” in the San Fernando Valley. He was, ahem, thrust deep into the biz and has some vivid tales to share. Big Wave Dave tried his hand at a solo career, but he lacked songs about tacos or tides, so he was doomed to fail. And lastly, in the midst of the band drama, drummer Shreddin’ Sean said good riddance to it all. Then something happened… Summer arrived and they put bros before their woes and put their toes on the nose to bring you six more bitchin’ tunes for The White Album EP. Banzai, brah!” 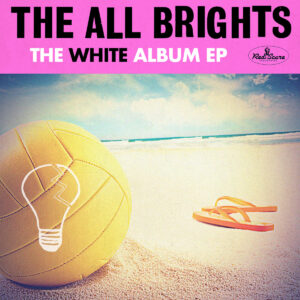