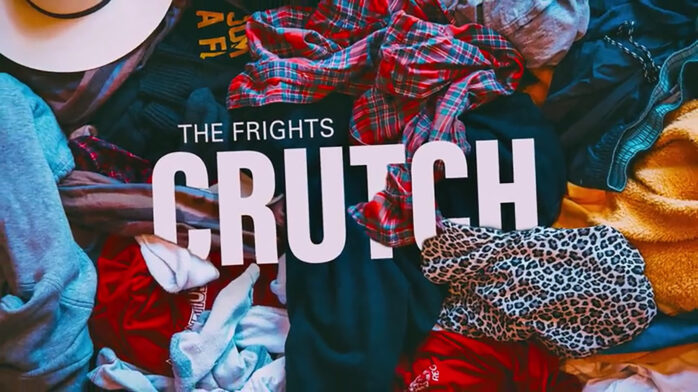 Get Messy with “Crutch,” A New Video From The Frights

“The whole skeleton for the song came to me in the shower,” explains Frights frontman Mikey Carnevale. “I jumped out and forgot to wash my hair and started immediately writing lyrics. It’s a song about how our band can simultaneously be the coolest thing in the world, and the only thing I actually hate.”

“Crutch” is available now on all streaming services via Epitaph. No word yet on a new album, or anything other fun stuff like that.

Watch the video below and feel the Frights first-hand at Riot Fest in September.