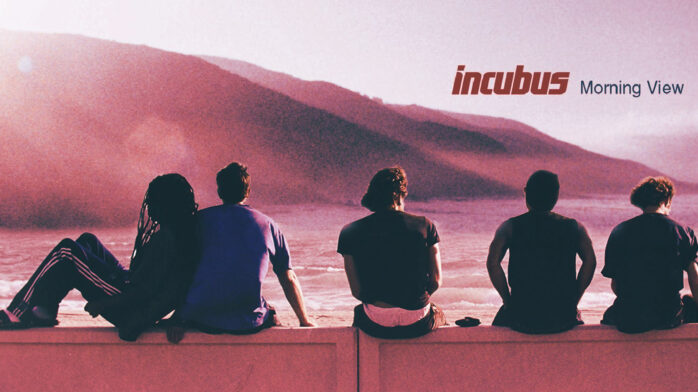 In the Wake of 9/11, Incubus Helped Me See Things More Clearly With ‘Morning View’

This is The Greatest, a new series in which our writers tell us about their favorite albums.This time around, Brendan Hilliard explores how Incubus handled releasing its biggest album to date, Morning View, in the wake of September 11, 2001.

The year was 2001, and rock music was in one of its worst periods ever. Rap-rock was very much en vogue; and with it, a stew of misguided machismo and toxic masculinity emitted overtly sexist tropes that should indicate why you haven’t seen many of them make the reunion tour circuit. I was a 15-year-old living in the suburbs, being fed a steady diet of this via alternative radio. You’d get a Beastie Boys single or a Weezer track from time to time, but that was about the only variety. None of it was particularly memorable. Maybe that’s why I liked Incubus.

Grouped in with all of the other rap-rock acts, they seemed the most comfortable pushing past what their press kit indicated. They were more melodic, with anger that was perhaps a little more oblique, and their videos made them look like introverted nerdy surfers, led by a singer who sang soulfully and with a bit of a lilt. This was the kind of stuff that appealed to me: I, too, was sensitive and looked down at my feet when I spoke to people. 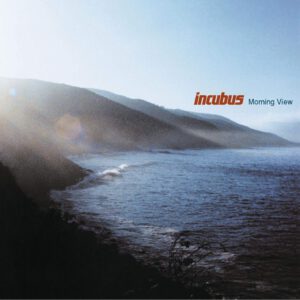 In August of that year, Incubus announced it’d be releasing a new album called Morning View that they recorded at a house on the street of the same name in Malibu. They’d decided to record there to escape the antiseptic nature of the recording studio. The album was supposed to be the band hitting the reset button; instead of intense soft-loud-soft dynamic shifts, the softer, churning new single “Wish You Were Here” previewed the band’s take at pocket ambience. For two weeks straight, I had the song in my regular rotation. Then following the second Tuesday morning in September, they’re all I can remember listening to.

Remembering September 11, 2001 is like listening to my parents recall John F. Kennedy’s assassination. You know where you were, what was around you, and the immediate reaction you had. 9/11 is shorthand for a dramatic shift in our cultural and sociopolitical divide. None of this was more apparent to me while at the DMV the other day, when I overheard the person in front of me announce their birth date as October 2001. Then it hit me: It’s a little weird to write something for readers who potentially have no frame of reference, as they likely weren’t alive or cognizant at the time. Nearly 17 years have passed, but it still feels so on the surface.

I’ll do my best to describe it: it felt like every news report fixated on the wreckage at Ground Zero. The bodies they’d find, the endless rows of photos of the missing affixed to fences. That smell. American flags on every house. President Bush standing atop the rubble with the New York firefighters and a megaphone. Late night hosts and news anchors wept on the air. Music went from being something aggressive and reactionary to something that soothed (unless you wanted to hear something from Clear Channel Radio’s blacklist). MTV played videos around the clock, which they hadn’t done in years. No one had a clue what to do. We were in a national daze… but there was a flood of music. So much of it has evaporated in the years since, but I’ll never forget the flood of country songs, *NSYNC’s black and white video for “Gone,” and the endless replay of Paul McCartney’s “Freedom.”

Morning View actually came out on October 23, 2001. Recorded before the attacks, it suddenly sounded prescient. It went from being the sound of a band leveling up to being just the kind of balm we needed to ease the pain during this terrible time. It was loud and angry in all the right places, especially with the opening one-two punch of “Nice to Know You” into “Circles.” “Just a Phase” plays with loud-soft-loud dynamics, utilizing a creeping riff that doesn’t resolve until it explodes in the song’s back nine. “Wish You Were Here,” one of the aughts best alt-rock singles, went from sounding euphoric to feeling more tonally in line with a power ballad about loss. Slow-burn tracks like “Warning” and “Echo” were soft without being entirely saccharine. “Are You In?” doesn’t pick sides, instead inviting you to share a communal groove. Then there’s “Aqueous Transmission,” with its use of a Chinese instrument called the pipa, transcends rock music. It sounds like a meditation, with sweeping strings and the sounds of animals at night. It’s a quiet, gorgeous piece that calms overactive minds.

For me, this record will forever be bridged with that time. It’s an album that represents change in so many ways—change for the band, change for the world, and assigning meaning to music where there wasn’t one to start. That’s an incredible thing. These songs have somehow survived through the years on alt-rock radio in varying forms, which is kind of amazing, considering so many of their peers have not. It’s a little gift for anyone that experiences it. If you were a fan of alternative rock at the beginning of the century, chances are you’ll have some kind words to say about Morning View. If you haven’t heard it in a while or you’re about to hear it for the first time, it’s possible you’ll find that it’s aged remarkably well.

Incubus haven’t made a record that sounds as balanced and fluid since. What has come from them has always been intriguing, but never quite this zeitgeist-catching. It’s a record that legitimately feels hazy, capturing the transformation of the country during an era-defining tragedy, when we collectively went from feeling safe to shocked, then scared, and finally, angry. It’s hard to look back and think we felt all that at once—finding comfort and community during adversity wasn’t quite as ubiquitous as it is now. In a sense, Morning View is a look out at a new day where we didn’t know quite where we were headed, but wherever it was, we were going together.