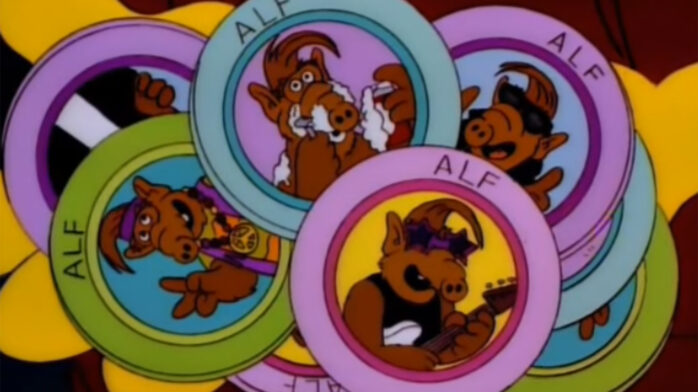 UPDATE: ALF Is Dead, No One Wants a TV Reboot

UPDATE: Remember ALF? He’s back… in TV reboot form! Well not so fast. As we said back in August, it looks like ALF was going to make his triumphant return to TV. Now, according to TV Line, it has failed to find a home. So for now, ALF will be staying on planet Melmac.

He’s brown, he’s furry, he’s adorable, he puts us in stitches, he’s got a wicked cat tooth, he’s out of this world… and if the news we’re hearing about him isn’t fake, then everybody’s favorite wisecracking Alien Life Form, ALF (born Gordon Shumway on the planet Melmac in the year 1701), could very well be returning to Earth—as well as our televisions, tablets, and hearts—quicker than you can say “stir-fried cat.”

This exciting scoop comes to us courtesy of the nosy folks over at The Hollywood Reporter, who’ve let us know that a reboot of ALF—the ridiculously fun sitcom based around the aforementioned Melmacian creature that ran for 99 episodes over four seasons between 1986 and 1990—is in the early development stage over at Warner Brothers. The geniuses who originally created the show, Paul Fusco (who also stars as the titular alien) and Tom Patchett are both involved, so you purists can put your pitchforks away.

No network is publicly attached to the show yet, but we’re guessing that’ll all be cleared up as soon as the dust settles on the bidding war that’s surely taking place all over Tinseltown as of press time.

Remember how ALF would always try to eat the Tanners’ cat? Remember?! Ha!