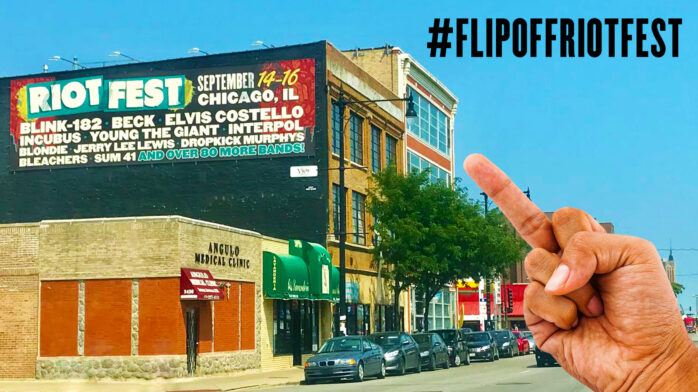 Would you like to win Riot Fest tickets? Probably, I guess. Maybe? Then head on over to where North Avenue meets Western Boulevard in Chicago and give us the bird.

All you have to do is find our giant Riot Fest billboard on the side of the building and flip us off. Raise those middle fingers and #FlipOffRiotFest.

Here’s how it works:

✶  Find the giant Riot Fest billboard on the north side of W. North Ave., just west of N. Western Ave. in Chicago on the side of a building.
✶  Flip us off. Give us the bird.
✶  Take a photo of you flipping off the Riot Fest billboard.
✶  Use the hashtag #FlipOffRiotFest and post the photo on Twitter or Instagram.

Now get out there and raise those middle fingers proudly.