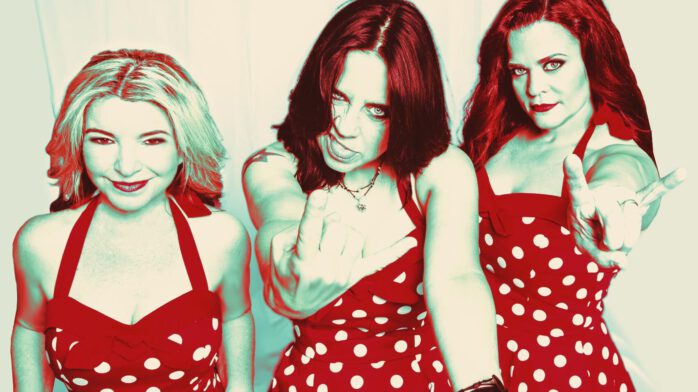 No Small Children—a group consisting of three teachers by day, rockstars by night—have released a new music video for its new single “I’m So Concerned”. The new video, shot by director David Berlinsky, was filmed at an elementary school in classrooms and on the playground, and features real students captured in black and white photos.

Speaking to Girl Guitar Magazine, front woman Lisa Pimentel said the new music video “Captures our worries as teachers about the world we’re leaving for our students and the effects societal anxiety has on our youth. It also speaks to our desire to listen mindfully to our students to understand them and what they have to say”.

“I’m So Concerned” comes off No Small Children’s newest album, What Do The Kids Say?, co-produced by Pimentel and Bob Marlette (Rob Zombie, Black Sabbath). The band is currently touring in support of the album, including a scheduled performance at Riot Fest 2018.