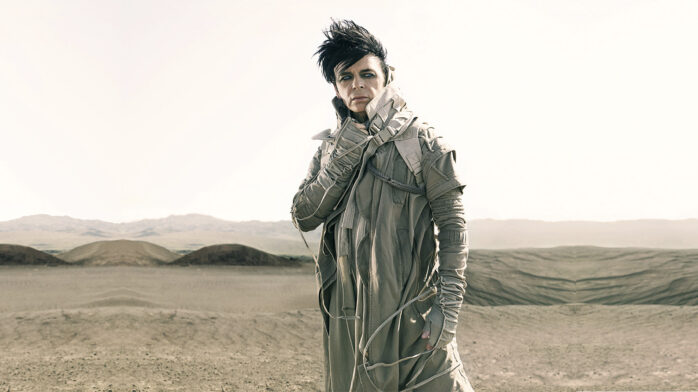 Science fiction has been a favorite subject of rock & roll since the form’s inception, whether it came in the form of early novelty hits like Sheb Wooley’s “The Purple People Eater,” or Hawkwind’s psychedelic space travel epic Space Ritual. With the advent of new wave and industrial music, though, musicians started to creep into dark corners inhabited by some of the sci-fi’s most dystopian, cynical creators – J.G. Ballard, David Cronenberg, George Orwell, William S. Burroughs – creating music in the process whose “post-human” unease was sharply accentuated by the alien sound of then-newfangled synthesizers. 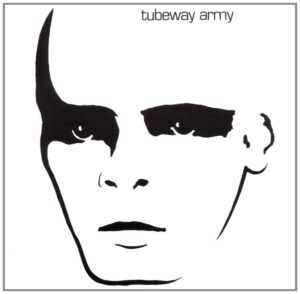 Nobody from that era dove quite so fully into making science fiction rock as Gary Numan. From the earliest days of his old band Tubeway Army, Numan has served as something of an android seer, narrating tales of a cold, tech-damaged future. His most recent album, Savage (Songs From a Broken World), speaks to current sci-fi concerns, set in a barren wasteland ruined by climate change.

While Numan’s approach to storytelling has always been imaginative and distinctive, he’d be the first to admit that many of his concepts were borrowed from his favorite science fiction. For the uninitiated, we’ve went ahead and outlined some of Numan’s biggest sci-fi influences, and pointed to the parts of his catalog where they’re most prevalent.

PHILIP K. DICKIt’s perennially fashionable nowadays to give props to Dick’s feverish dystopian visions, but in the late 1970s he was still more of a cult figure. Numan was a charter member of that cult: in fact, the first lyric on the first song on Tubeway Army’s debut, ‘Listen to the Sirens’, references Dick’s novel Flow My Tears, the Policeman Said. The sleek, ominous vistas and paranoid lyrics of the band’s sophomore album Replicas, not to mention the Telekon track ‘I Dream of Wires’, closely recall the world of Dick’s Do Androids Dream of Electric Sheep?, which Numan claims has been a personal favorite since his early teens.

RIDLEY SCOTTThis is an extension of Numan’s fascination with Philip K. Dick, as his love of Scott is more specifically a love of Blade Runner, Scott’s adaptation of Dick’s Do Androids Dream…, which Numan has declared one of his all-time favorite films on multiple occasions. We’re giving Scott a separate section, though, because Numan’s song ‘Time To Die’ (a B-side from his album Strange Charm) specifically references the speech given by Rutger Hauer’s character Roy Batty just before his death, a scene which was not taken from the book.

GERRY ANDERSONNuman has said that Anderson’s early, marionette-fueled space adventure programs –especially Fireball XL5 – had a big influence on him as a child, but for a very particular reason, as he told BFI: “My big fascination with Fireball XL5 wasn’t the adventures they had, but the spaceship. It’s the coolest looking thing. I was always fascinated by that.”

Though he doesn’t say it himself, there seems to also be a subconscious Anderson influence in the way Numan would move onstage in his early days, his robotic stiffness bearing no small resemblance to Anderson heroes like Thunderbirds‘ Pilot Scott Tracy.

JAMES CAMERONIt’s been two decades since Titanic and that cringey “I’M KING OF THE WORLD!” Oscar acceptance speech made James Cameron a resolutely unhip name to drop, but at the time of Numan’s 1991 album Outland, the director was still primarily known for making big, loud, and genuinely intense science fiction fare like Terminator and Aliens. Numan acknowledged his fandom by including samples from the aforementioned, as well as bits from Blade Runner, Predator, and others, throughout Outland (the album’s title is itself likely inspired by the 1981 Peter Hyams film of the same name, but Numan hasn’t said as much outright).

GEORGE MILLERNuman has acknowledged the huge shadow Miller’s Mad Max films have cast over sections of his catalog. The influence is especially blatant on the 1983 album Warriors, and even more so in the stage design for that album’s tour. As Numan told BFI a couple years back: “The whole band, we each took a favorite character, then went off and had all this (costume) stuff made… it was a direct borrow from Mad Max.” Though he hasn’t said much about it that we’ve seen, the aesthetic of Savage (Songs From a Broken World) seems to return to Miller for inspiration, its songs and videos taking place in an arid, degraded environment which seems to owe some debt to Mad Max: Fury Road.