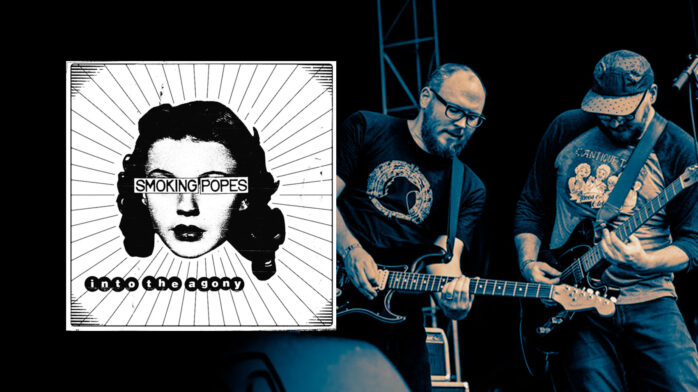 ‘Jaded In Chicago’ Talks To Eli Caterer of Smoking Popes

This Sunday in Chicago, Smoking Popes will be opening up for Naked Raygun and Jawbreaker at Aragon Ballroom. Recently, our friends at Jaded in Chicago met up with lead guitarist Eli Caterer and talked about all sorts of things including their upcoming show. See what Eli thinks about the show and check out the full interview at Jaded in Chicago.

Bill – What are you looking forward to most about your upcoming show with Jawbreaker and Naked Raygun?

Eli – I think because of my feelings about both of those bands, my intense fandom for both bands, everything about it is kind of a big deal to me. I was just talking about this with my girlfriend and about that thing that has happened with me and our band, where we’ve done it for a long time and we’ve had some success. The music fan in me, I’ve compartmentalized it to a certain degree because these other bands all over the world, in general, we’re peers and we’re all doing the same thing. No matter who it is, I can’t be too dorky about it because we’re doing the same thing. With Jawbreaker, we toured with them when they were supporting Dear You, which was cool and weird and a little bit challenging because some of their fans were upset at them for signing to a major label. Although I don’t think they could deny the quality of the album. And Naked Raygun was just a huge band my whole life. I’m the youngest of the three brothers and I’ve been listening to them since I was in single digits. We’ve never shared a stage with them. We’ve shared a stage with Pegboy before. Jeff, (lead singer Jeff Pezzati) had reached out to me about playing a show with them many years ago when we first got the band back together, maybe in 2006 or 2007, but it just didn’t work out. Actually, I’m getting up and playing guitar with them for a few songs and that’s this extra thing that’s really amazing about the show. I went and rehearsed with them and I can’t just sit there and gush the whole time. I’m there to rehearse these songs and then after I get to hang out and listen to them play.