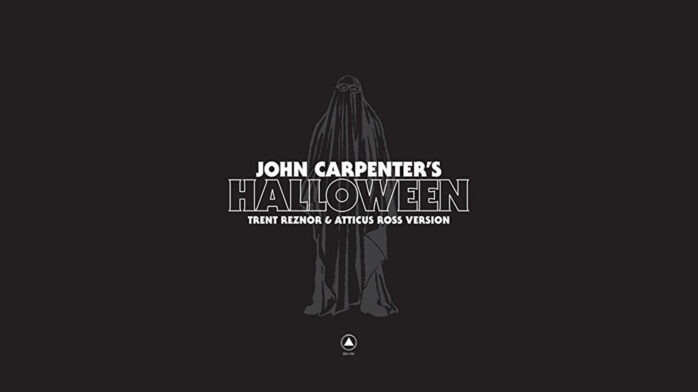 Trent Reznor and Atticus Ross released a their own version of John Carpenter’s iconic, spooky theme music for his film Halloween on Friday the 13th of October last year, and now that same version is coming being released on vinyl. The A-side will feature feature Reznor and Ross’ version, while the B-side will preserve John Carpenter’s original version. It’ll be available on October 26 via Sacred Bones, where it can currently be preordered.

Around this time last year, John Carpenter released Anthology: Movie Themes 1974-1998, a collection of 13 of his classic movie themes newly recorded with the collaborators that worked on his Lost Themes albums. To celebrate that release, Trent Reznor and Atticus Ross shared their new version of the Halloween theme music – arguably some of the scariest music ever created.

“I clearly remember my friends and I at 13 years old conning our parents into letting us see Halloween when it came out in 1978,” recalled Reznor. “We left the theater forever changed. We were damaged and scarred, with the shit genuinely scared out of us and that theme stuck firmly in our heads. John Carpenter, it’s your fault that I turned out the way I did.”

The track is available for purchase on Amazon for $0.99. Listen below.