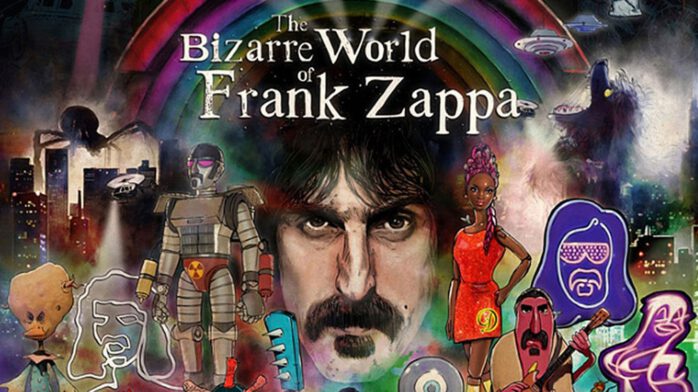 Exact dates and details are still not announced, but reportedly more than 100 dates are being planned.

According to a statement, there will be “hours of never-before-seen (or heard) Zappa performance footage from the early seventies form the basis of the “can’t miss” concert spectacle.”

The Zappa Family Trust released a video teaser trailer you can watch below. The hologram tour, titled “The Bizarre World of Frank Zappa,” was created by Eyellusion, the same company that created the Ronnie James Dio hologram tour.

“The fact that we’re now finally able to technologically bring to life the ideas and concepts my father talked about so many years ago is astonishing,” Frank Zappa’s son Ahmet Zappa said in a statement. “People’s minds, eyes and ears will be stunned by the crazy amounts of awesomeness they’ll be exposed to every night on this tour. For the first time in a long time, Zappa fans will get to see and hear brand spanking new music performed by Frank with his live band and enjoy never-before-heard versions of their favorite songs, all while brain-melting visuals make them laugh, smile and perhaps even cry.”