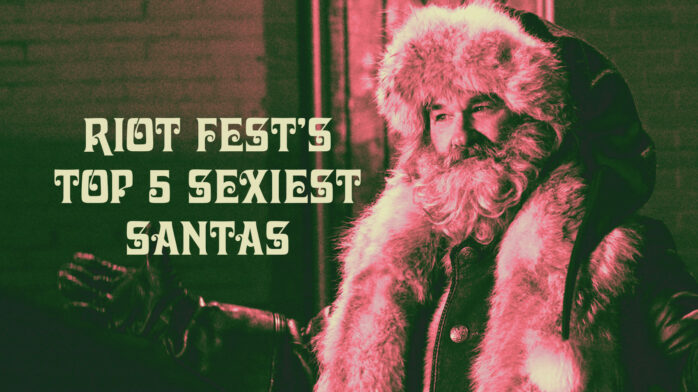 The holiday season is a magical time filled with cheer and the spirit of giving. There are so many wonderful aspects to this time of year, but what gets me most excited for this season is seeing so many older, heavy-set men sporting big, bushy, white beards, and donning that sultry red suit. Fetishizing Santa Claus is nothing new and quite real.  The technical term for it is Santaphilia, and the number of Santaphiles multiplies every year as people become more comfortable talking about how sexy old St. Nick is.

It’s not just one aspect of Father Christmas that drives a Santaphile crazy, you need the whole package, figuratively and literally. Everything from the facial hair, wardrobe, body type, right down to the attitude, have to come together to make the perfect studly Kris Kringle. Keeping all that in mind, I think it’s about high time that the tantalizing Santas get their dues. Here’s a short list of the creme de la creme of actors that have portrayed that jolly old fat man in pop culture. 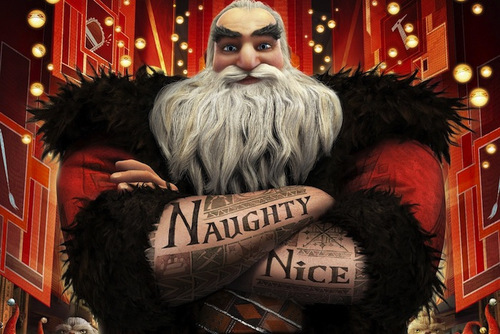 If being turned on by Santa Claus wasn’t weird enough, finding an animated representation of him is even more bizarre, but hear me out. First you take the voice of the already handsome Alec Baldwin. The older he gets, the dreamier he gets. His character of Jack Donaghy on 30 ROCK even described himself as a “daddy bear” before. Then add that to the depiction of a heavily tattooed image of masculinity with that husky Russian accent, and boom you have a one way ticket to Stud City! If anybody is going to save me from the Boogeyman, please let it be this fantastical superhero. 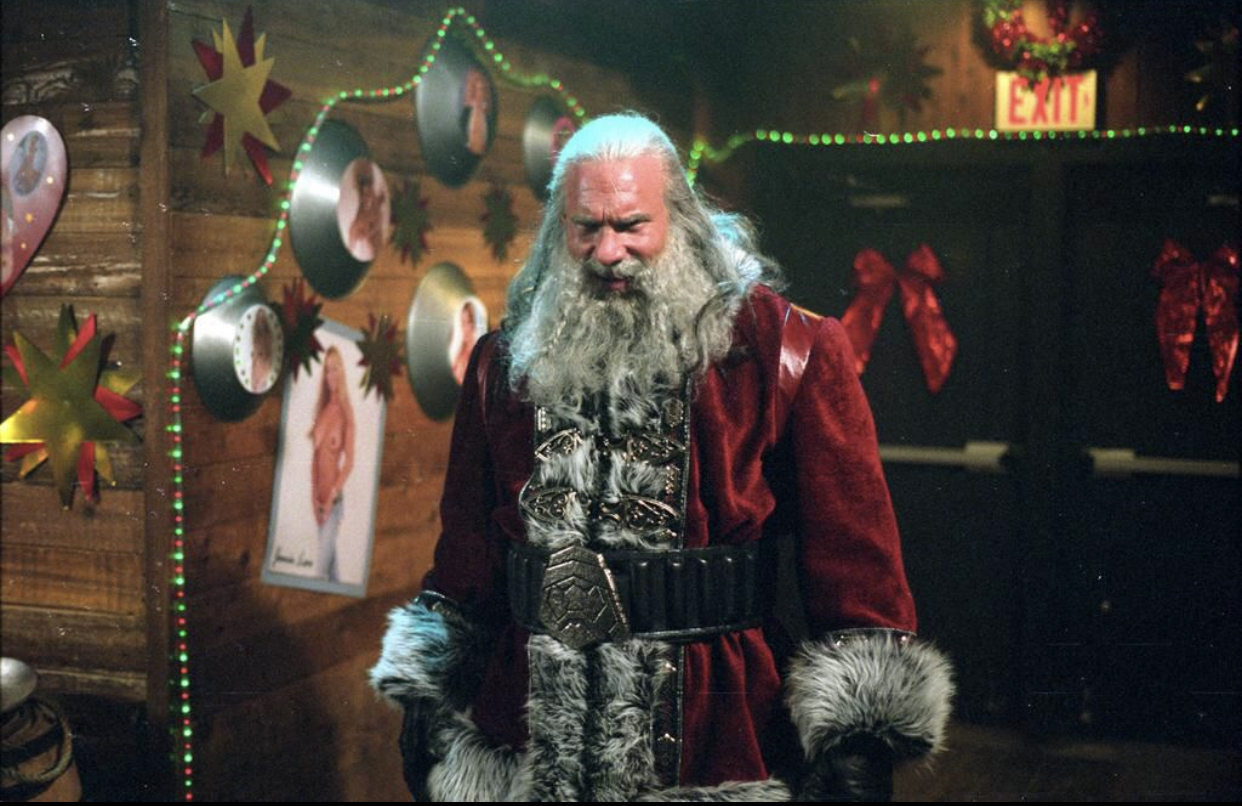 I’m not usually one for muscle bears, I’m much more of a chubby chaser, but you put professional wrestling super star Bill Goldberg in that red suit and and give him a big bushy beard, and I’ll show you one happy elf! SANTA’S SLAY is a gory, raunchy. horror comedy where Santa is a demon and he is ripping apart a town looking for the angel who tricked him 1,000 years ago, and turned him into the icon of gift giving and good tidings. Now that he’s fulfilled his end,  he’s back for revenge. I never thought an antagonist in a cheesy slasher movie could be a sex symbol, but I wouldn’t mind getting body slammed by this Nordic beast!

3) Kurt Russell as “Santa Claus” in The Christmas Chronicles (2018) 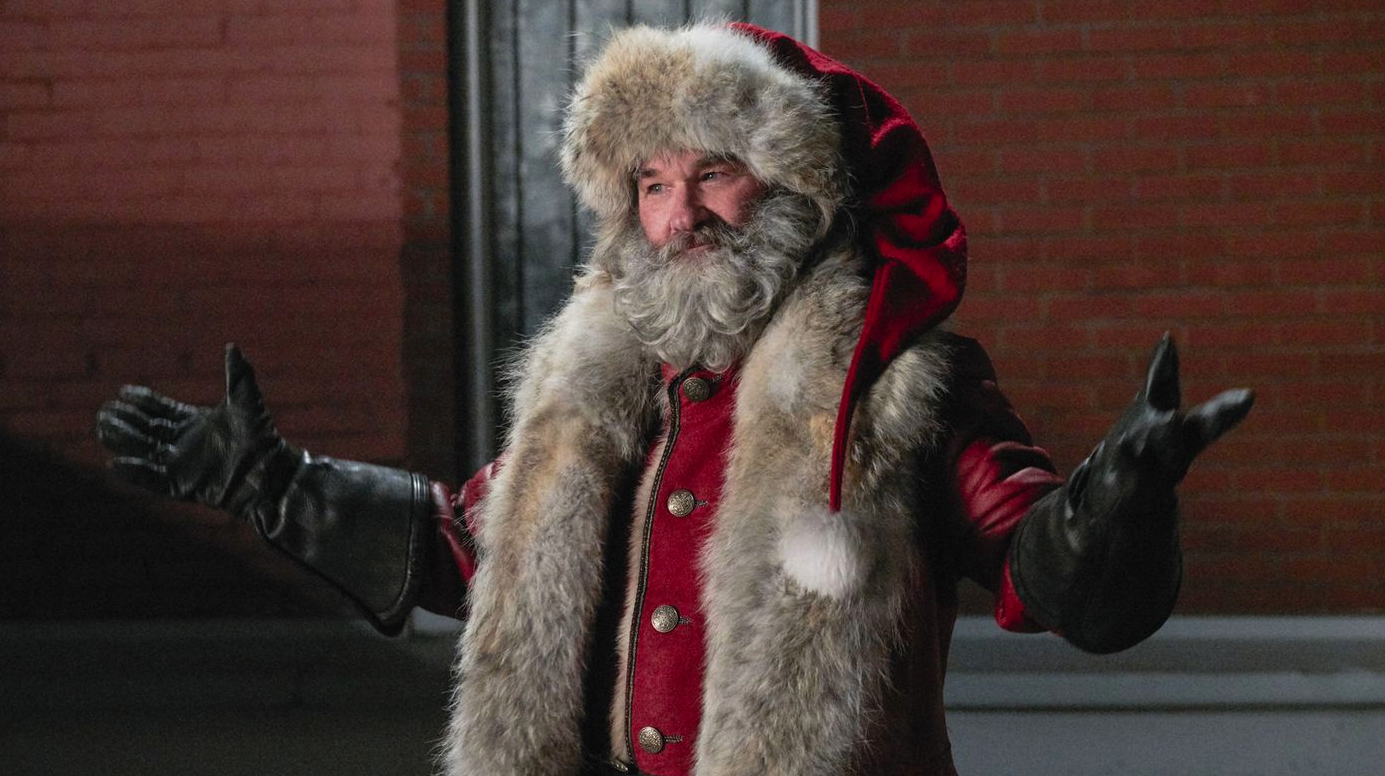 Kurt Russell has played some of the most badass characters in cinematic history. That alone makes him drop dead gorgeous. Just imagine if you combined the big-bearded, monster fighting MacReady in THE THING, with the wise-cracking, working class hero Jack Burton of BIG TROUBLE IN LITTLE CHINA, add a little fat padding, dress him in a red leather duster (I love a daddy in leather), and voila…you have the best reason to watch the family friendly Netflix Christmas movie THE CHRONICLES OF CHRISTMAS.  Oh, and the fact that he has a ADVENTURES IN BABYSITTING-esque blues number, where he actually sings, melts my perverted little heart. 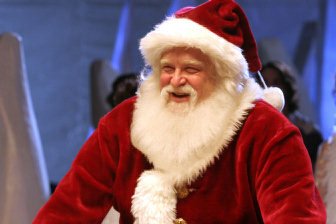 I’ve had a crush on John Goodman just about as far back as I can remember. His low slung gut, the ultra masculine way he carries himself, and striking smile are just about as good as it gets. He is without a doubt the sexiest man that there ever was or will be. So seeing him portray Santa Claus in the live action remake of the stop-motion animation classic, THE YEAR WITHOUT A SANTA CLAUS, should place him at the top of this list. Unfortunately, this movie is so bad, I just couldn’t do it. Despite how how horrible this movie is, I wouldn’t kick him out of bed for eating cookies. Getting to see John Goodman wear sock garters, and view his sexy legs, is alone worth sitting through this stinker. 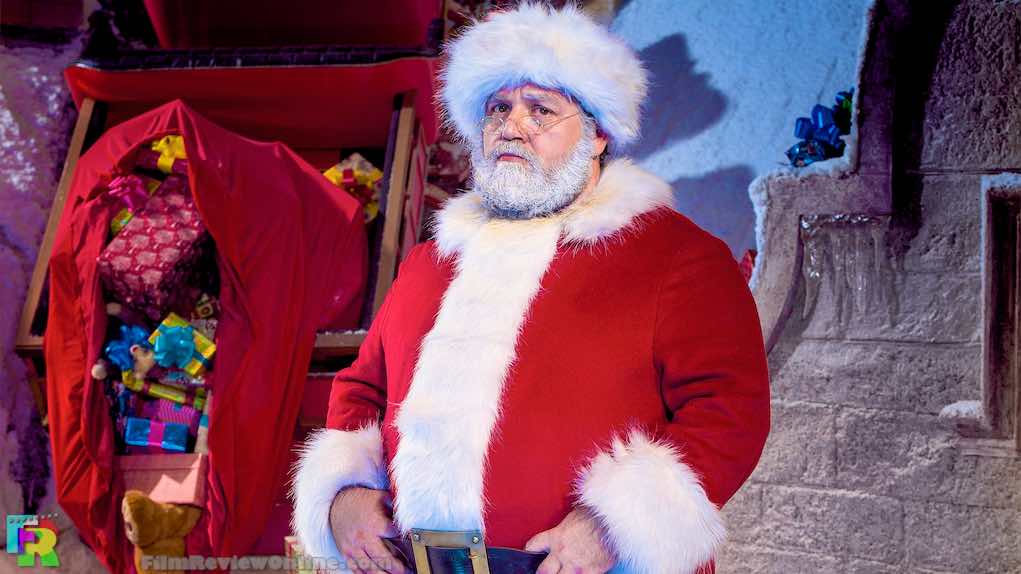 Who are you going to call when you and your mates are under siege from mind melting aliens? Who else, the sexiest Santa Claus ever…Nick Frost. I’ll be perfectly honest, this is the only episode of DR. WHO I’ve ever watched. When I heard that the most gorgeous British, bear actor Nick Frost would be slipping into the role of Father Christmas, and fulfill my ultimate Sataphilic fantasy, I not only watched this episode, but I recorded it and watched it on repeat. Nick Frost has done it all. He’s fought zombies, looked authoritative  in a police uniform, and with his representation of old St. Nick, he’s made all my dreams come true. I wouldn’t think twice about sitting on his lap, or letting him slide down my chimney.  He’s absolutely the dreamiest Santa Claus ever in pop culture.