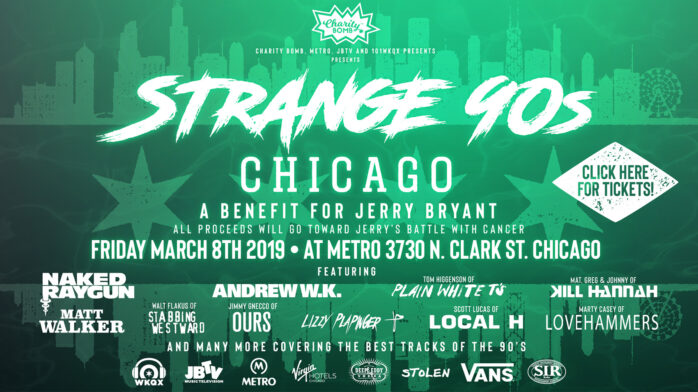 Chicago’s Jerry Bryant has helped so many artists and musicians during his career, and now it’s our turn to help Jerry. For those of you who don’t know or have never met Jerry, he is the legendary host of JBTV Music Television, America’s longest running music television program dedicated to introducing the world to new artists for 34 years. We’ve known Jerry for a long time, he has always been so supportive of what we’re doing, and we just really think he’s a great human and we know he is going to get better. But right now, Jerry needs our help.

After being diagnosed with Stage 4 colorectal cancer last year, Jerry has undergone two surgeries to remove tumors from his colon and lung. He is now in the middle of a 6-month stint of chemotherapy, without the financial means to support it. That’s where we come in.

On March 8th at Metro, join Naked Raygun, Andrew W.K., Local H, and lots of other friends for Strange 90s – A Benefit for Jerry Bryant of JBTV. Tickets start at only $25 and all money raised goes directly to Jerry Bryant’s cancer treatment fund. 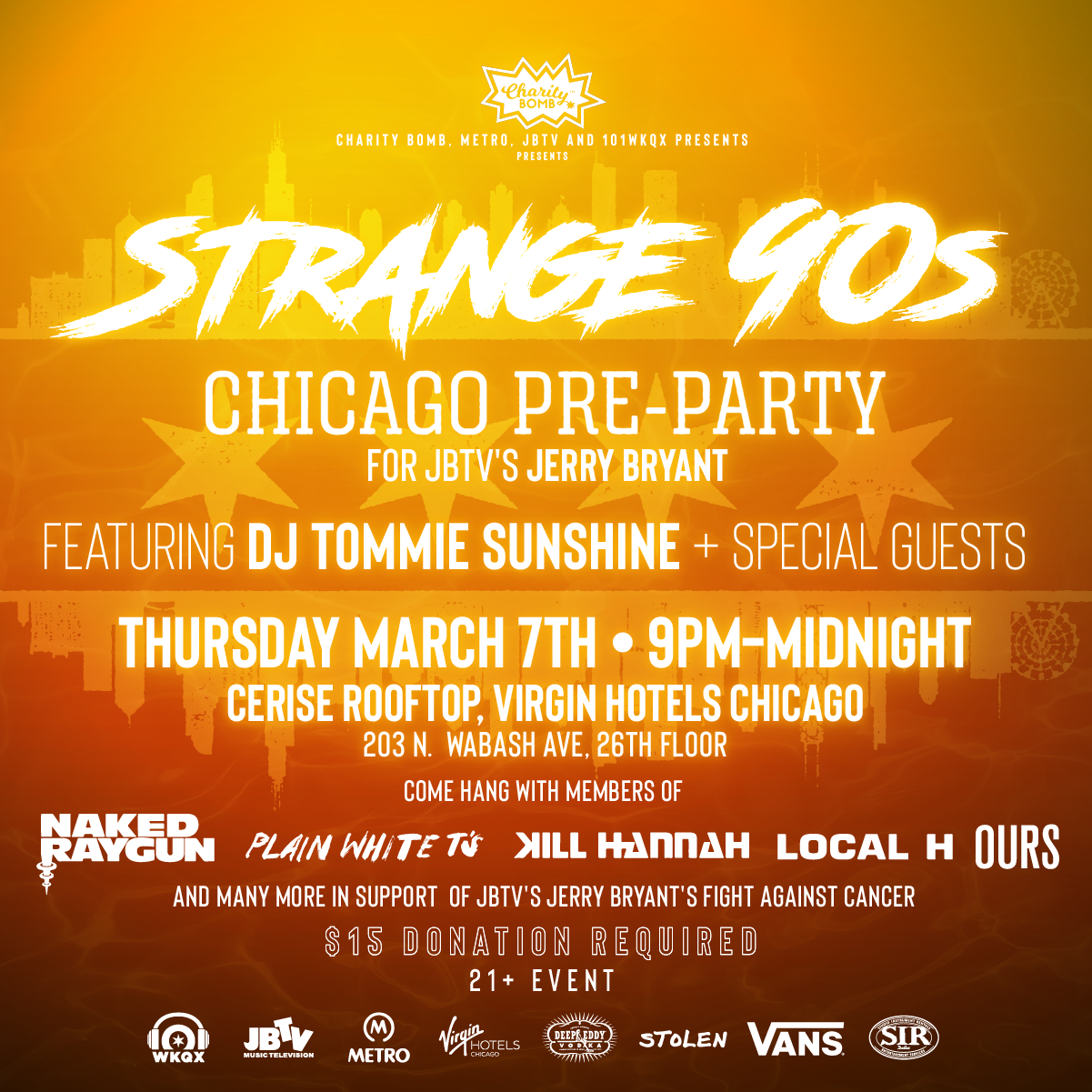 If you can’t make it the show on March 8th, there is a Pre-Party on March 7th or you can donate directly to Jerry here. We love you Jerry.