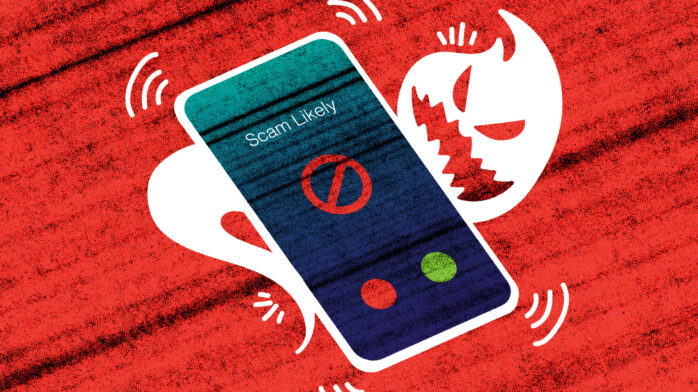 The American Dream of Scamming

I don’t know which is weirder: that there was ever a time when people would answer any phone call not knowing who was on the other end, or that said far off distant era, so different from our own, was actually only a couple years ago. At some point in the very near future, we’ll cross an invisible line where the number of scam phone calls—placed by fake charity fundraisers, fake tech support operators, and fake IRS agents—will outnumber legitimate ones. I don’t remember the last time I picked up a call from outside my contacts, and since most of my friends have given up phone calls in favor of talking via app, hearing the long buzzing vibration of a call coming in to my number is just a reminder that there’s a whole lot of people out there trying to get one over on me, on us, and on everyone.

We live in a world full of scammers, and the more connected we are to each other, the more scamminess we have in our lives. Spam phone calls, emails, and blog comments that once represented the state of the art in scammer technology are now the most clumsy and obvious tools in an increasingly sophisticated toolbox of deception. Calling up someone on the phone pretending to be someone else seems like horse and buggy shit compared to today’s automated software: programs that can create entire ersatz identities out of thin air, using them to engage in impressively realistic humanlike behavior in order to pull massive, elaborate scams on web ad services. According to some estimates, nearly half of all Internet traffic is “Fake people with fake cookies and fake social-media accounts, fake-moving their fake cursors, fake-clicking on fake websites,” as Internet writer Max Read put it in a New York magazine article appropriately entitled “How Much of the Internet Is Fake? Turns Out, a Lot of It, Actually.”

We navigate scammy situations all day long, every day. Amazon’s sprawling global marketplace often seems less like the mega-Walmart of the Internet it claims to be, and more like a dodgy swap meet where you have to pay extra close attention to the merchandise, where every transaction feels a little like a gamble. At least the vast array of sellers offering bootleg products makes sense; some of the weirdness with sellers on there is so deeply nonsensical that it makes the leap from simply scammy to unsettlingly surreal. Internet dating and scamming go so hand in hand that it’s standard operating procedure—even for the most marginally intelligent people—to assume that the person they’re connecting with isn’t who they say they are until they provide evidence otherwise. That’s just what’s normal now.

And yet, despite having to spend so much time and energy avoiding being scammed a hundred times a day, we can’t seem to get enough of scammers. I can’t take the train in New York without having to look into the wild, scammy eyes of biotech schemer Elizabeth Holmes in posters for the HBO documentary The Inventor: Out for Blood in Silicon Valley, about how she built a $9 billion valuation for a piece of revolutionary tech that didn’t do most of what she said it did. Lena Dunham and Shonda Rhimes have both announced their own competing television series based on faux-European faux-heiress Anna Delvey’s fraud-filled climb up the New York social ladder, to add to the two popular documentaries about the disastrous Fyre Festival. Back in the day, people used to follow bank robbers like they were rock stars; now we do the same with people running fraudulent investment schemes.

A lot of commentators have tried to pin down exactly what it says about America in this day and age that we’re so obsessed with scammers. Maybe people are simply looking for tips. After all, the line between scams and the status quo can be hard to make out sometimes. A lot of non-rich people were surprised by the college admissions bribery scandal—not because it was so blatantly ethically wrong, but because they just assumed that rich people buying their way into elite schools is just how things work (they’re not actually wrong). I don’t know who else out there has a great documentary idea that they’re struggling to get made, but Mick Purzycki, whose Instagram account “FuckJerry” has turned stolen memes into a hugely profitable marketing business, seems to have had no problem getting his documentary on Fyre Festival made—despite being an actual participant in the whole fiasco.

Maybe we fixate on people who violate the social contract as a way of reaffirming our own belief in it. Maybe watching scammers rise and fall so disastrously—but in such totally fascinating ways—helps us to exorcise our own scammy impulses, so that we don’t actually go out and follow through with the questionable get rich quick schemes we all daydream about (don’t act like you don’t have one of your own). Maybe these scammy years are a blip on society’s path to a more equitable and honest place. Until then, you can probably let those unknown numbers go to voicemail.