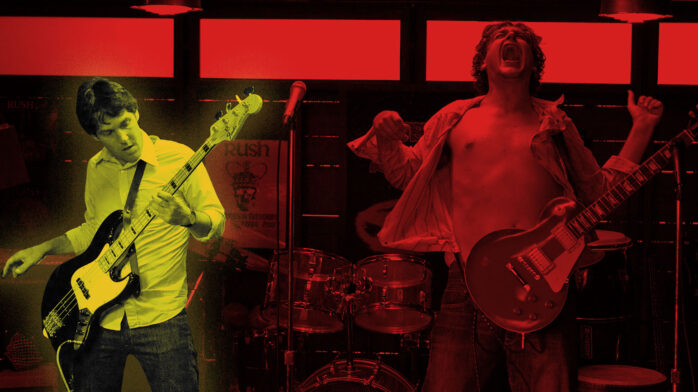 Bass Players Are The Most Important Part of the Band, Says Science

According to a study published in the Proceedings of the National Academy of Sciences, the bass is the most important part of any song. Because the human brain is better at picking up the rhythm when it’s played in a lower tone, like a bass, we rely on the bass player to keep the structure of the song much more than a guitar or drum.

Basically, the bass player is the crust that keeps the pizza together, otherwise you just have a pile of greasy cheese and pepperoni.

Not only do we rely more on the bass player to keep the rhythm of the song, but because the brain detects timing deviations in the lower notes more than higher ones, bass players have to be more technically proficient than a drummer or guitarist because we notice a bass players mistakes more.

Bass players keep the song together, but they also help us feel invincible. A study from Northwestern University found that music with prominent bass makes us feel more powerful. The researchers found that those who listened to the heavy-bass music reported more feelings of power and generated more power-related words in the implicit task than those listening to the low-bass music.

So while the lead singer may be the one who keeps the melody and gets all adoration, the song would fall apart if it wasn’t for that sweet bass line. Bass players are the glue and the rest of the band is just glitter.