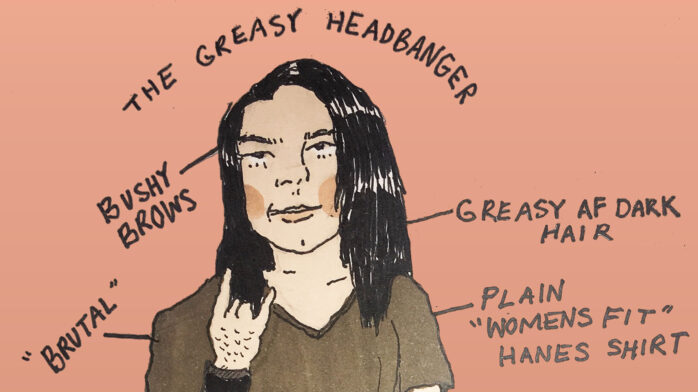 Syd Johnson has been one of our favorite new artists ever since we ran across her Instagram account, where horror-inspired illustrations mingle with the self-deprecating visual journal of her art school experience and the occasional piece of Bratz-inspired self-portraiture. We asked Syd to make us a comic about the DIY scene in Baltimore, where she goes to school, and she gave us a guide to some of the most popular looks you find at shows there (and who you might find wearing them).

RIOT FEST: Who are you, and what do you do?

Who are some comics artists you’re into?

I’m usually not a huge name-dropper, because I just like to read comics without even understanding who makes them. One of my all time favorite comics is Henry and Glenn Forever by Tom Neely. I discovered it when I was a teenager and really into Black Flag. It was everything I ever wanted! I also really enjoy Max Bemis’ Polarity series, Charise Mericle Harper, and Kody Chamberlain. Brad Neely is rad too.

What’s the DIY scene in Baltimore? Where did you do your research for these comics?

I’ve only been in Baltimore for a couple years now, so I’m always still searching for the coolest new spots. (I come from a D.C. punk-ish background.) The Copycat is one of the more popular DIY spaces, but I’m always skeptical of most events held there. It’s really hit or miss with the bands because it’s kind of a college party vibe, so nobody cares about the bands playing. I also drew a lot of inspiration from Asian Taste, a restaurant in Hampden. It’s a pretty interesting spot if you like punk as much as you like egg rolls.

I think I’m half “edgy thot,” half “only here for the selfies.” Which of these types are you?

A: I very much align with the edgy thot. Anyone who knows me will totally understand that she’s based off of my DIY alter-ego. Most of the stuff I wrote about her was taken directly from my experiences with dating weird band guys and longing to hang out backstage at large venues. I also wish my hair was as cool as hers. 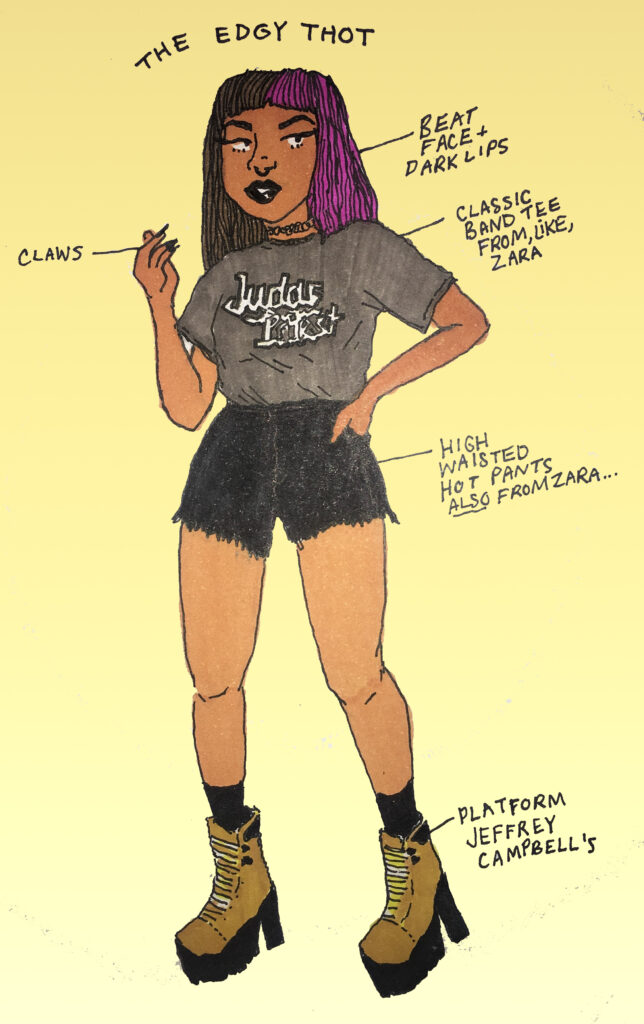 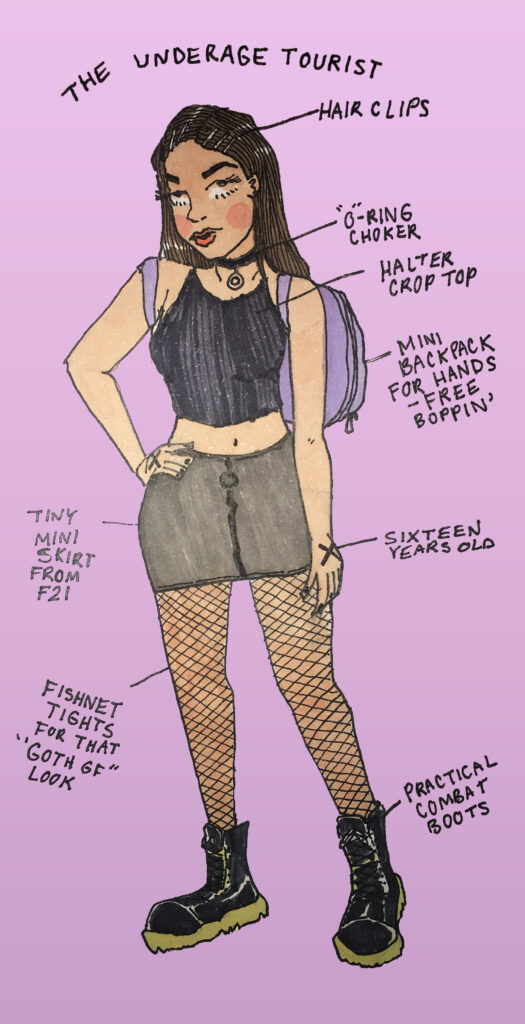 3. “SHE JUST CAME TO TAKE INSTAGRAM SELFIES IN THE BATHROOM MIRROR” 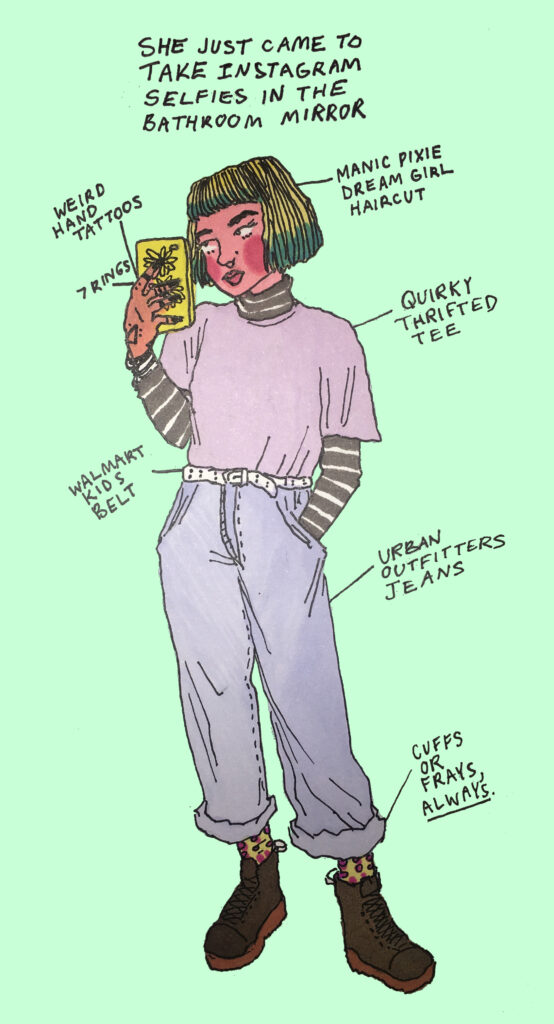 4. “I JUST CAME HERE TO SMOKE A BOWL IN THE CORNER” 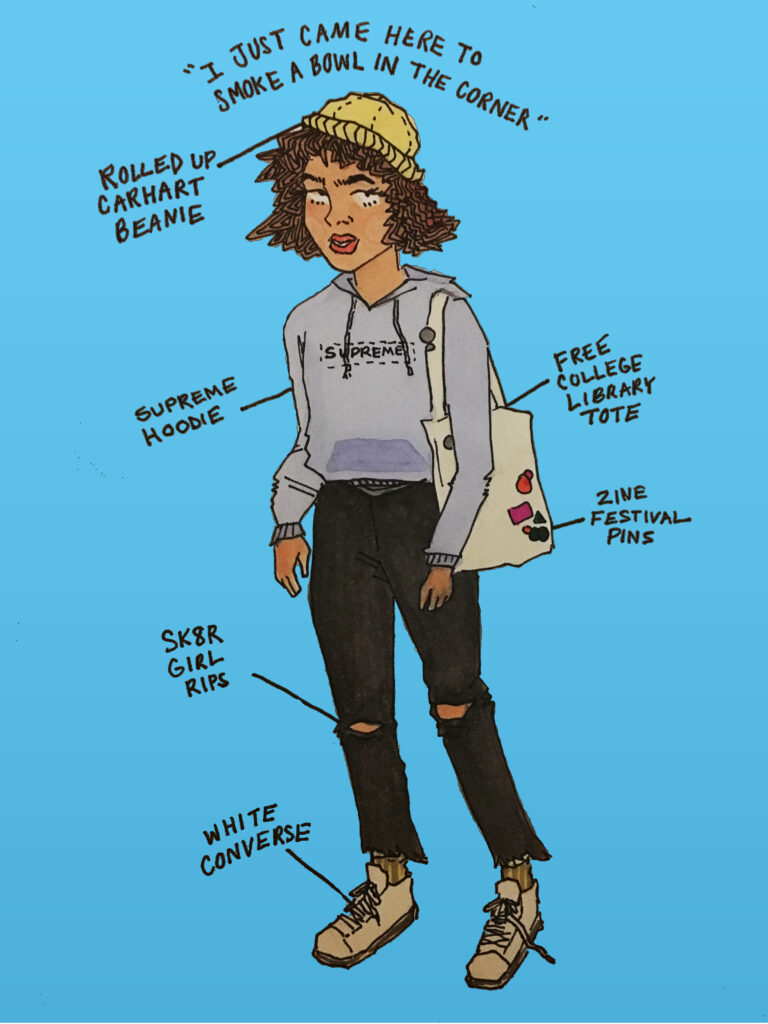 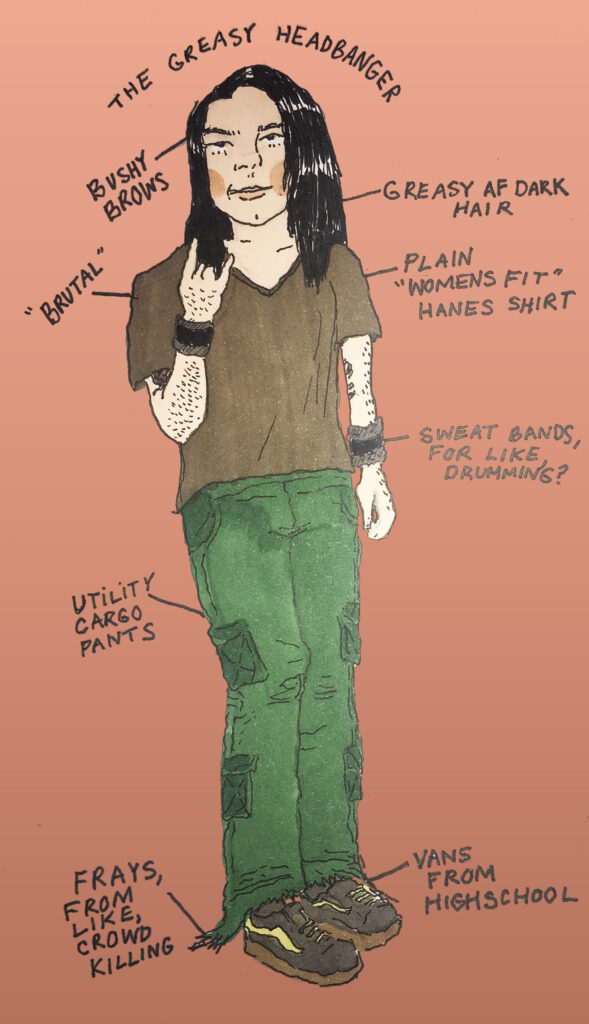