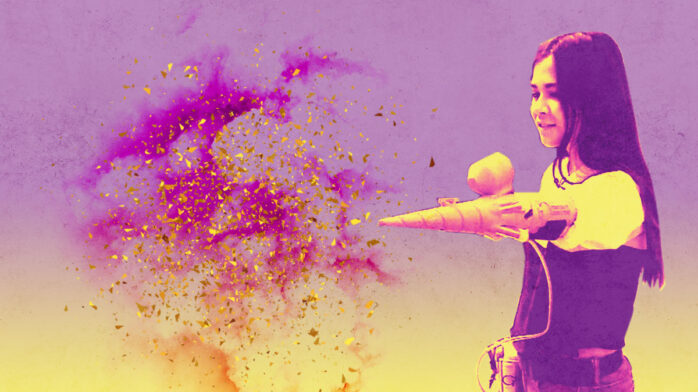 Born with one arm, 13-year-old Jordan Reeves, decided she would invent a prosthetic arm for herself that shoots glitter out of a unicorn horn because she has always been a fan of glitter and unicorns, so she thought, “what if I could make this thing magical?”

She tells WGN that she “wanted to show people that our differences don’t necessarily hold us back, in fact, they can give us more opportunity,” and now, after a year of prototypes, Jordan has the first-ever glitter cannon prosthetic she calls “Project Unicorn.”

She says, “I love that I can show people that our differences aren’t a bad thing… just look at how much fun it can be.”

You can see “Project Unicorn” at the Musuem of Science and Industry’s Wired to Wear exhibit through May of 2020.

And if inventing a unicorn horn prosthetic arm that shoots glitter six feet into the air wasn’t amazing enough, she co-founded a non-profit called Born Just Right that aims to build creative solutions that help kids with disabilities live a more enjoyable life. They believe giving kids design and STEM knowledge empowers them to create their own solutions.