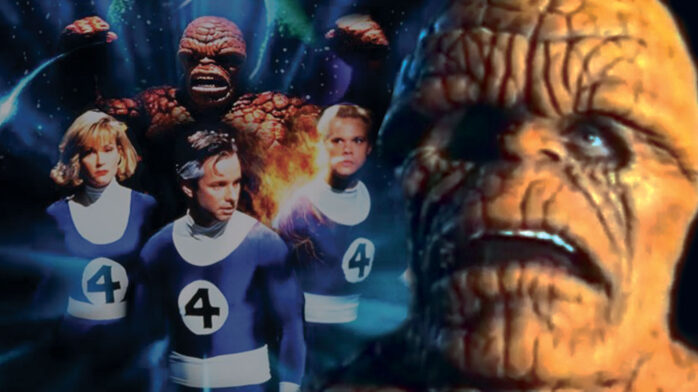 I love comic books, and I love movies. I have yet to see Avengers: Endgame. I’m in no hurry, I’ll just wait for it to hit the dollar theater—why, you ask? Why bother? Let me spoil the entire movie for you just by guessing: Thanos loses. All the heroes who died in the previous installment are somehow brought back. The actors who didn’t sign on for Phase 3 make the ultimate sacrifice, winning a cosmic battle somewhere the harrowing closing moments. Ramifications of said moments creating ripples throughout the Marvel Cinematic Universe for years to come. Spider-Man says some funny things. Rocket Raccoon does something cool.

That’s all good. And far be it from me to throw water on a summer blockbuster.

But what if one’s taste for the superhero has grown more… exotic? Perhaps you’re looking for a little something different to pack in your pipe; something fast, cheap, and totally out of control. In that case, allow me to walk you down the path of some of the many two-fisted hero gems of the past. Hold onto your butts.

Let’s start off with the company Dark Horse and its catalog of film adaptations. Best known for Hellboy, Sin City, The Mask, and introducing the world to the chocolate-and-peanut-butter-level combo that is Alien Vs. Predator, it makes sense that Dark Horse—a major independent comic book company—would produce some of the largest independent comic movies. Take 1999 cult classic Mystery Men, for example. Starring Ben Stiller, Janeane Garofalo, William H. Macy, Paul Ruebens, Tom Waits, and Brandi from Mallrats, it’s less of a movie than a time capsule of a very specific corner of turn-of-the-millennium pop culture; except that it’s a superhero movie, and a darn good one. Thanks to a postmodern script and some surprisingly good fight scenes, it’s become a standard midnight fare for movie geeks in recent years.

Things get more interesting the further down the Dark Horse tunnel you dive, most notably with three 90s flicks: Dr. Giggles, Timecop, and Barb Wire, each a masterclass in trash. Dark Horse was experimenting with the very boundaries of the comic genre during this period, and the results are sublime. Did you know that you can make a superhero slasher movie? You can. It’s called Dr. Giggles, and if it was any more extreme, it would have been made in Japan.

Timecop, comparatively, is all about a Timecop. What is a Timecop? It’s an idea that sounds like a joke about bad science fiction (he’s a cop! and he travels through time!) which is probably why it gets referenced so often in pop culture-savvy comedies these days. Do you like catching arcane references and feeling superior? Would you like to know why there is all this hubbub surrounding Jean-Claude VanDamme? Then you should really do yourself a favor and watch Timecop. Lastly, there’s Barb Wire. It’s my least favorite of this selection, but makes the cut because one, what a great name, and two, it is like the final evolutionary form of every American up-all-night movie (with Clint Howard standing in for Gilbert Godfrey) ever screened.

It takes digging around into the most obscure corners of superhero cinema history, however, to find the real crazy stuff. Have you seen Turkish Captain America? A.K.A. Turkish Spider-Man, A.K.A. 3 Dev Adam? It’s the superhero equivalent of the bootleg cinema classic Turkish Star Wars—admittedly, I’ve only seen it in its original language, so I’m a little murky on the plot. It involves Captain America teaming up with Mexican wrestler/superhero Santo. They have beef with Spider-Man who, in his unauthorized Turkish incarnation, is the leader of a lethal criminal gang. Watching it on YouTube with subtitles is more enjoyable than having anyone try and explain its craziness.

And while you’re on YouTube, why don’t you check out my favorite Italian superheroes in 1967’s The Three Fantastic Supermen? They’re more fun-loving criminals than superheroes, employing the likes of spring boots, K.O. yo-yos, and playful hi-jinks in their bag of tricks. They made a whole slew of these movies—and since the villain turned out to be the coolest part of the story (swinging 60s Italy had a real hankering for the anti-hero), they decided “Why not make a movie that’s only the coolest part, and call it Danger: Diabolik?”

If you were to make a movie with all the un-coolest parts, however, I would direct you to 2004’s much maligned Catwoman. One would assume you could go through life and never once need to see Halle Barry act like an actual cat and lick peoples’ faces; then you see such a thing, and realize you’ve been wrong the entire time. It’s the kind of performance that elevates the art of acting to insane new heights—albeit more in the direction of Nicholas Cage than Daniel Day Louis.

Cage was in two Ghost Rider movies that I cannot recommend, but didn’t star in the Punisher movie that I can recommend: 2008’s War Zone, where the Punisher loses his all-’Merican heroic side to become a cold blunt cudgel whose sole mission is to murder all crime. Honestly, it’s pretty much like Dexter, if Dexter decided to go all “fuck it” and attempt to find justice with a rocket launcher—which is why I have seen that movie over 17 times. It’s got that much murder.

Which brings me to the superseries I super want to hip you to: Scanners. It’s all about people that develop mind-bending powers through a complicated medical plot. It’s a recognized classic, but one that’s usually filed under as sci-fi/body horror genres rather than superhero cinema, where it arguably belongs—especially once we get into the sequels. The New Order, The Takeover, Scanner Cop, The Showdown, A.K.A. Scanner Cop II… count them up. Somewhere between the second and third movie, it becomes the greatest X-men story never told.

As the story progresses, the term “scanner” could just as easily be replaced by “mutant.” Scanners are being birthed naturally all over the country. People are aware of them, but they’re frowned upon (scanners apparently tend to accidentally kill people at parties). With the good scanners and bad scanners trying to put together their own respective scanner teams, it’s pretty much Professor X versus Magneto. It’s the bootleg Cronenberg version of the X-Men, except it’s also a crime procedural, so somehow it’s better. As it turns out, you can shoehorn too many genres into each other and still have it come out magical—they just have to be the right ones.

Which, in the end, is exactly why I am waiting for Avengers: Endgame to come to the dollar theater and putting on the Darkman trilogy right now. And while I am sure that Endgame is pure popcorn munching joy, I’ve already seen it—a couple times—when they just called it The Avengers.