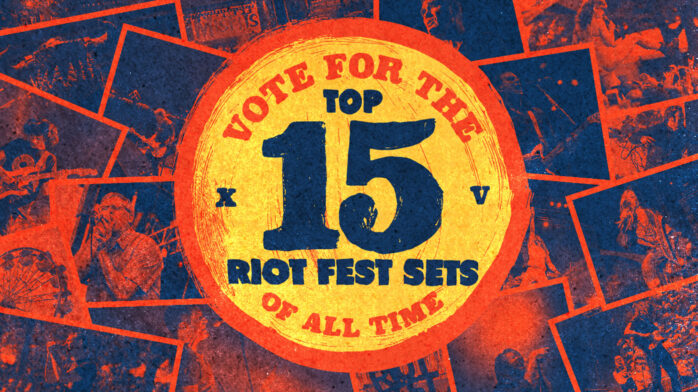 Vote Now: The Top 15 Riot Fest Acts Of All Time

This year’s Riot Fest is our 15th anniversary, so you know it’s going to be a special one. To kick things off, we’re taking a look at the past 15 years of Riot Fest performances and asking you, the fans, to vote for your favorite sets of all time.

The Riot Fest team has assembled a list of some of the most memorable shows over the past 15 years of festivals. Enter your information, and you’ll be entered in a drawing for some 3-Day Ultimate VIP passes for Riot Fest 2019. Go vote (and tell us who’s your #1 pick) from now until May 28th—the results will be posted on RiotFest.org shortly after.

Riot Fest 2019 takes place September 13th-15th in Douglas Park. Early bird pre-sale tickets are still available starting at $115 for our 15th anniversary, so grab them while you can.