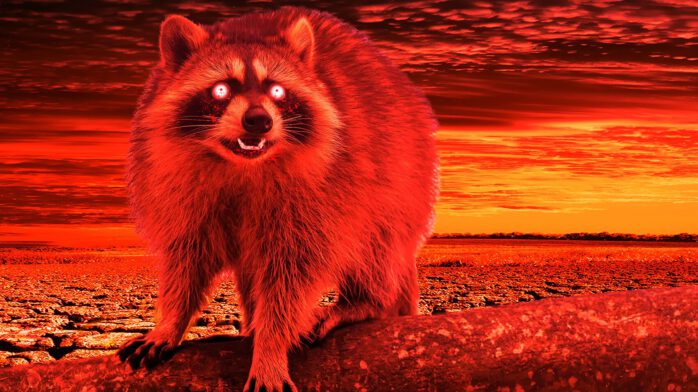 Police in Riverside, Illinois are warning residents to take precautions after receiving an increase in calls about “zombie raccoons.” The infected raccoons, who have been reported to walk on their hind legs, stagger and bare their teeth, also have symptoms that include ocular and nasal discharge, sneezing, coughing, lethargy, loss of appetite, vomiting, diarrhea, tremors and seizures.

But according to the Riverside Police, the raccoons are not actually zombies, but are instead infected with the canine distemper virus. Which is exactly what the police would say if they were trying to cover up a raccoon zombie outbreak.

“It seems every year around this time we get a rise in calls about raccoons acting oddly and we respond to calls about raccoons that may be a danger to the public,” Riverside Police Chief Tom Weitzel said. “Our policy allows us to put down animals that are suffering or pose a threat to public safety.”

“We’ve had a number of cases concerning raccoons with distemper in our jurisdiction,” Weitzel said. “If you see a sick raccoon that may be a threat to public safety, call the police.”

Authorities, who are definitely not trying to cover up a zombie raccoon outbreak, warned people to avoid any raccoon that is active during daylight hours, has lost its fear of humans, or appears uncoordinated, confused or listless.