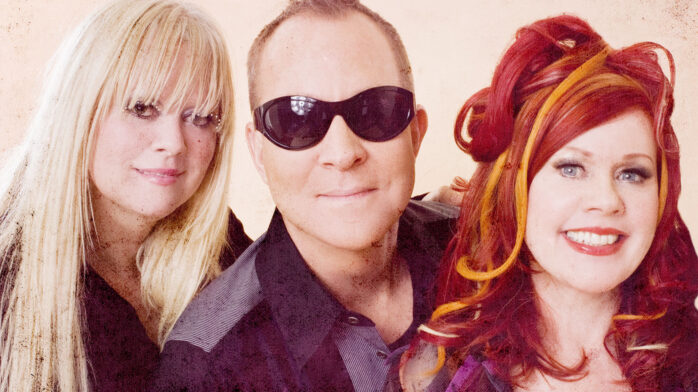 The Radical Playfulness of the B-52s

The best work exists in the spaces you’re no longer afraid of looking silly. It happens when we’re the most honest and the least guarded, and when we lose the self-important pretentiousness of wanting to seem cool.

My memories of the B-52s are only of fun times. They fall exclusively into two categories: driving to the Indiana Dunes with my friends, and jumping around the kitchen when they played on XRT. The B-52s are famous for songs like “Love Shack” and “Rock Lobster” that end up on wedding mixes and those Spotify playlists titled “Summer is Here, Feel Good!” They deserve that—the songs are fun and energetic, and they’re radically playful.

When the B-52s started releasing music in the late 70s, popular music was largely dominated by the psychedelic, lethargic guitars of prog rock. Songs sprawled across eight minutes or more, and every album had to have a concept. In the midst of this bloat, the B-52s crafted short, catchy songs that bounced around the walls. There’s a garage-band quality to the production, instruments and voices—clear and undistorted. Their music is technically categorized as new wave, but they pull from 1960s pop and girl groups with an effervescence and brevity that cut through their 70s contemporaries. And, of course, they charted: “Love Shack” hit number three on the Billboard Hot 100.

Despite their forward-thinking music and long-reaching influence (one example: Panic! At the Disco’s 2015 single “Don’t Threaten Me with a Good Time” samples the iconic “Rock Lobster” guitar riff), the B-52s are often overlooked. Critics of all types often sort their subjects into two categories: things are good, or they’re bad. Artists are talented, or they’re not—music is either authentic or corny. There are few things worse in the realm of criticism than to be denigrated to corniness: it is to lose all possible clout, any garnered good faith. It renders the work shallow, unoriginal, and lacking nuance.

And yet “corny” music has persevered in the public realm, with artists Billy Ray Cyrus (of “Achey Breaky Heart” fame) and the yodeling Mason Ramsey featured on the paradigmatic “Old Town Road.” Part of the joy of Lil Nas X’s number one hit is its lack of arrogance; its continued dominance on the charts and in public opinion is evidence that it has transcended the initial joke.

The criticism of corniness is more common with popular music—in part because no self-proclaimed “indie” wants to admit to enjoying something of the mainstream. Happy, upbeat music is rarely taken as seriously as its intense and emotional counterparts (though artistry is present in both). We saw this in A Star is Born (2017): Ally, after having begun her star journey by joining Jackson on his guitar-rock tour, is signed to a label and starts writing pop songs with lyrics about ass. While Ally sits in the bathtub of their shared home, Jackson mutters patronizing comments to her about selling out. We’re supposed to agree with Jackson here; Ally was introduced as a singer with soul, and the viewer is encouraged to view her musical flip as selling out. Ally’s pop music—not unlike Lady Gaga’s herself—is valuable, despite the ways in which it differs from “Shallow.” Pop music in A Star is Born is positioned to conflict with supposedly “deep” (read: rock) music, a dichotomy that is present also in contemporary music criticism, and one that need not exist.

To release punchy, off-beat tracks against a backdrop of long-winded albums, at the time, was radical. The B-52s—though they take making music seriously—do not take themselves too seriously, and that’s where the fun comes out. The music video for “Love Shack,” released in 1989, is campy and kooky with big hair and bigger earrings. Cindy Wilson and Fred Schneider call and respond, yell with unrestrained enthusiasm; they’re not self-conscious, and they don’t want you to be, either. There’s a crowd present in the background of the recording, laughing and shouting and singing along. The whole video is a party (made even more evident by RuPaul’s appearance), because the whole song’s a party.

It’s the kind of manic and jumpy energy that wants to make you feel good. Take this line:

Singing about glitter is direct—the B-52s don’t shroud themselves in coded language. Rather, their energetic emotion bubbles on the surface. The glitter appears without any specific source, and coats the space. The glitter may represent a more metaphorical notion of jubilation, but it is also glitter, in all its literal, sparkling glory. With so few words, the B-52s communicate a feeling of absolute joy, of elation and spontaneity. “Love Shack” isn’t asking you to think, but it also isn’t asking you not to.

And while the lyrics of the B-52s don’t always make a whole lot of sense (what the hell is a rock lobster, anyway?), their music doesn’t necessarily come down to analysis. I don’t mean to deprecate the particular artfulness of metaphor in song, nor the complex language used to explore emotion and more. I also don’t think that clarity necessarily indicates simplicity, or that simplicity connotes ease—I don’t know what a rock lobster is, but I know that it communicates oddity. The song is an under-the-sea saga that feels, more than anything else, like a vivid dream. And, honestly, why should anything that fun be “corny”?

When I told my dad I was writing this essay, he texted me a scene: “A wedding in Philadelphia, the infectious opening riff of ‘Rock Lobster.’” He and my mom start dancing “with all the manic 80s energy” they remembered from their art school days. A few minutes in, the song isn’t over, and they’re panting. That’s what the music wants—it wants to leave you breathless.