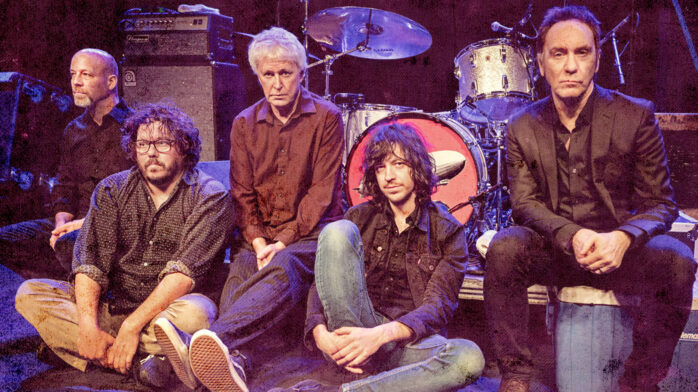 Guided By Voices and the Power of Clarity

When I was 7, my dad made me a playlist of eighteen songs he knew I liked. He’s done this five more times within the past fourteen years, each with various themes: songs of the 70s, college decision, Valentine’s Day. My dad’s the black sheep of his family: he listened to Elvis Costello instead of Led Zeppelin, and the only time he ever used a fake ID was to see Tom Waits when he was 20.

The second playlist was given to me when I was fourteen, a few months after I had rediscovered the original while digging through my bins of junk and fishing out the clunky green iPod of my youth. Listening through it again in full as I walked home from school with my friends—XTC, the Clash, Marshall Crenshaw’s “Mary Anne”—enraptured me enough to plead desperately for a new mix from my dad. I received “Annabel’s Mix 2013” a little while later, the title written in Sharpie on a flimsy plastic CD case.

“My Valuable Hunting Knife” by Guided By Voices is track ten out of a total of fourteen. Sandwiched between “The Blob” and the Ramones’ “Sheena is a Punk Rocker,” the song’s sparse arrangement and monotone vocals seemed incongruous with its mates. At fourteen, I was charmed by big band arrangements and heavy emotion, begging my music to match the sweeping feelings I felt and the Young Adult fiction I read. I had recently discovered The 1975 and Daughter on Tumblr, and listened with my fellow internet indies to Arctic Monkeys when they released AM.

I was finding my music—and Guided By Voices wasn’t it. But my dad loved them, and “My Valuable Hunting Knife” was his favorite song—not just by the band, but of all time—and so I owed it to him to try again.

I have, as we all hope to do, thickened out by musical taste since I was a freshman in high school. I don’t need heavy arrangements to tell me what to feel anymore. Guided By Voices is a band of resounding understatement; their music doesn’t shake you down. Instead, it’s marked by a typically low production value, a deceptive simplicity in sound. “My Valuable Hunting Knife” is one verse:

The lyrics are direct and sparse—songwriter Robert Pollard is sharing what is on his mind without accoutrements that distract from the point. We don’t have an abundance of context, which contributes to the narrator’s sense of empty abyss. Relationships are fleeting and unreliable, but his hunting knife is not. The words encapsulate a world of meaning, but listeners are allowed our own interpretations against the background of oscillating, dull electric guitar.

There is a certain self-assuredness in using transparent language to describe opaque feelings that’s comforting. There is a reason why we beat around the bush when talking about difficult topics, and why a specific brand of confidence and strength accompanies diving in head first. The hunting knife image functions both within the small world of the song, and as a broader metaphor; they don’t feel burdened to over-explain or defend. Their enduring authority is their ability to say a whole lot with a little.

The power for Guided By Voices is their clarity. They are not easily distracted, albums free from the unnecessary effects born from overthinking in production studios. And that’s largely due to their prolific catalog—they release albums outrageously quickly (three in 2019 so far). In “Game of Pricks,” their number one streamed song, I hear remnants of 1960s pop, despite the dingy guitar. Here, it’s easy to understand their longevity: it’s impossible to sound dated when you don’t partake in trends.

Yet the music is not void of innovative production. Guitars are endlessly distorted; the voice sometimes sounds as if in another room, a recording choice consistently made by lo-fi artists today. Instrumental melodies seem dissonant, a mismatched sung melody floats atop.

Guided By Voices’ own reliability is not boring—instead, it’s often eclectic and off-beat: bending expectations of the listener, thwarting convention for an oddness that keeps you on your toes. Songs like “Gold Star for Robot Boy” are evidence of the band’s ability to craft a sticky, poppy hook; “Portable Men’s Society” off of Mag Earwhig! displays their skill in navigating a bigger band while maintaining the integrity of their distinct sound. Guided By Voices can be as loud as they can be soft, as sweeping as they can be punchy.

When I hear “My Valuable Hunting Knife,” I see my dad head banging hyperbolically, pointing to me and saying “Hit it!” I hear lifetimes within their discography, unbridled creativity, the desperate kind that can’t be helped. I hear it all against electric guitar, my headphones turned all the way up.