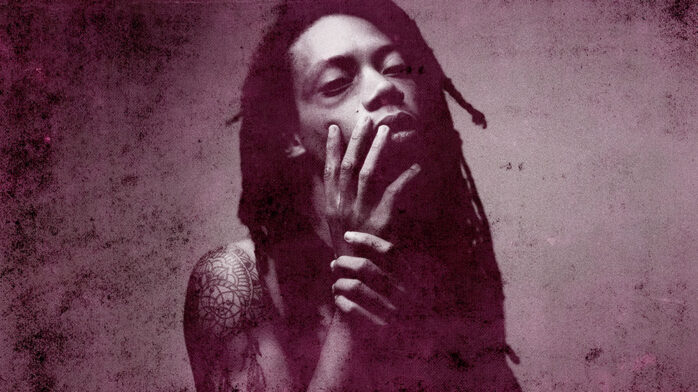 My chat with Lando Chill—AKA Lance Washington/Lando Chillrissian—turned existential when we dug into his songwriting process. The Chicago-born ex-poet, rapper and experimental hip-hop artist drew inspiration for his 2017 album The Boy Who Spoke To the Wind from Paulo Coelho’s self-prophesying book “The Alchemist,” about a boy who dreamed he’d find his destiny in the dusty sands of Egypt, but instead found it within himself.

The conversation was bound to get deep. “The words continue to let me evolve more, to a point where I’m at now today. But everything is an evolution. Everything is growing and everything doesn’t necessarily stop. It just is as it is, in that moment in time,” Washington said.

But Washington—whose home base now lays in LA’s Koreatown—was reflecting on 2018’s Black Ego this time, where he combines social consciousness lyrics with flecks of old-school rap and jazz-influenced beats. The 13 tracks drop not-so-subtle reminders that the world is burning; that white people continue to live on land that’s not theirs; that racial profiling is still running rampant. That doesn’t mean Black Ego isn’t… well, chill, but the way Washington sees it, there’s hope for humankind. We just have to talk shit out, like Washington and I did for Riot Fest.

RIOT FEST: What was your musical upbringing?

LANDO CHILL: I had a big influence with my mom. We listened to a lot of The Commodores, Gladys Knight and the Pips, a lot of Luther Vandross, a lot of Nat King Cole… Natalie King Cole, a lot of James Taylor, Michael McDonald, Kenny G. As far as influence goes, she’d be the number one. It was definitely like old-school.

It’s interesting that you include Gladys Knight and the Pips with Kenny G.

My mother [said] we should keep an open mind and listen for something other than just musical notes, but the emotion, the feeling, the soul behind the song. Open-mindedness in music is something that I feel breeds, I think, a wider influence that allows us to truly express ourselves to the widest degree we can.

Did your mom expect you to have a career in music?

There were many dreams I had that I shared with my mom, but nothing that created any surprise when I told her that I was following my musical path and choosing this as a career.

You also wrote poetry. Did any of that end up in your music?

Some of it. I think a lot of that poetry was a different medium. But honestly it helps me become a better writer. It’s not necessarily the lack of rules, but how one can bend those rules, allowed me to grow into being a sort of genre-less musician.

How do you maintain your creativity?

It’s really important to stand behind what you create in the moment and don’t stop that or curtail that motion until it’s all over. And then taking a fine-tooth comb and finding what you like and what you don’t like, but [also] not being afraid to just try new things, and not being afraid of what comes out first.

This process that we talk about doesn’t necessarily have to be a routine. You need to switch up and change it depending on what you’re creating and what you’re doing, who you are in that moment. That’s one of the processes, but shit changes.

On Black Ego, you often reference chronic issues like global warming and border control. Have those experiences touched you personally?

These are very, very much personal topics—not in the literal sense per se of “I’m undocumented,” or “I’m currently being affected by climate change.” In this space and time, as a human being, as a citizen of this United States, it behooves us that we pay attention to this connection and try to [not] only further our stand as people, but as a nation. That means speaking on subjects such as climate change or immigration or queer rights or police brutality, the wage gap between black folks and everybody else.

We have and can have a positive influence just through a conversation, just through bringing up a topic, believing in a topic, understanding a topic, speaking on it in a way in which not only gets people interested but also starts the dialogue that will hopefully change some things around here.

Do you think people are starting to pay attention to climate change and systemic racial intolerance, or are we all doomed?

If we are to make this world a better place, we have to start realizing that it doesn’t need to be one-degree separation for us to talk about something.

And it seems like the bad guys are always winning over the good guys. Do you ever feel disillusioned?

Disillusionment comes from this Utopian ideology per se that things are actually going to get better or that good is supposed to win. I feel like we understand that there is good and bad in both our present and are going to be here in this world regardless. And that death is inevitable and that there is a cyclical way we live our lives.

And if we are to ever break that chain or that circle, we have to change. If I went around this world and around this life being so upset about certain things that I know are intrinsic within life itself, like … racism is never going to end. It’s always going to be us verse them dichotomy. That’s how we were built as humans, as far as we are taught this and we are built to be comfortable and be prideful and be us versus them. And that’s never gonna change either. It’s going to be through race, through class, through religious ideology. It’ll be through something socially constructed, because we are that kind of people.

I am not disillusioned or anything. I know my place in this life. I know what this is. I’m going to be here for a certain amount of years and I’m either gonna contribute to it positively or negatively. And we all have that choice.