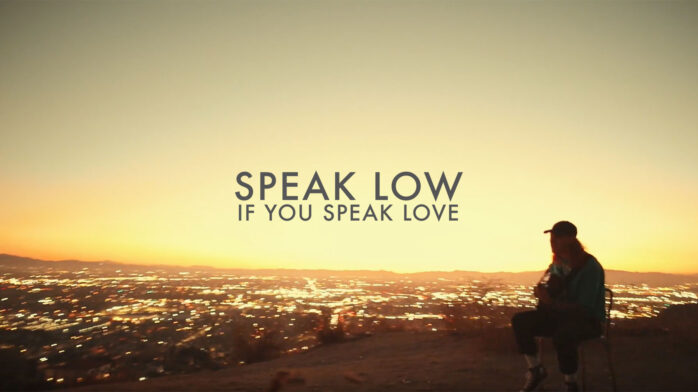 Have a Listen: “Ever Yours” by Speak Low If You Speak Love

It’s not all too often that you’ll catch Ryan Graham’s solo project on the road. Better known as the bassist of State Champs, Graham has delivered a pretty decent-sized catalog over the past eight years under the name Speak Low If You Speak Love. His last release, 2018’s Nearsighted, brought the best of his acoustic pop sensibilities to fruition with tracks like “Enough” and “Contrasting Colors.”

Ahead of his ongoing tour for the project, Graham dropped a stripped-down acoustic rendition of “Ever Yours” off Nearsighted, filmed atop the gorgeous hills of Sun Valley, California. Check it out below:

Graham doesn’t tour the project that much, so you don’t want to miss Speak Low’s co-headlining slot at the Cobra Lounge this Saturday, September 28 alongside Elder Brother; Tickets are still on sale.