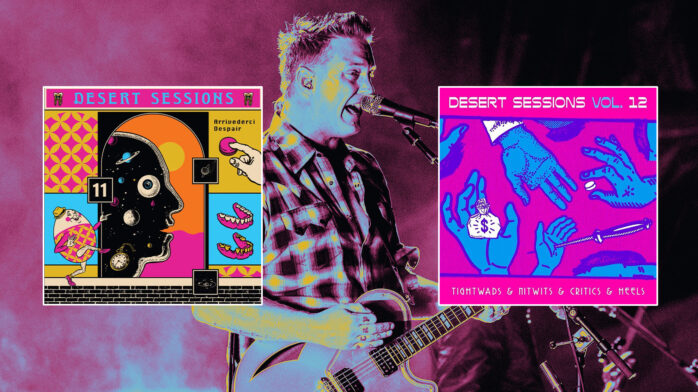 Josh Homme is Bringing Back the Desert Sessions After 16 Years

It’s been 16 years since the last Desert Sessions—Queens of the Stone Age frontman Josh Homme’s musical collective—were released. Now, the dry spell has been broken and Vol. 11 & 12 (titled Arrivederci Despair and Tightwads & Nitwits & Critics & Heels, respectively) will both be released October 25 via Matador Records.

The project has notably welcomed a huge stable of talent for its operations; past collaborators include members of Soundgarden, Ween, and (probably) everyone that’s been in QOTSA. This time around, Homme brought in Les Claypool, ZZ Top’s Billy Gibbons, Royal Blood’s Mike Kerr, and Scissor Sisters frontman Jake Shears, among others. Not bad.

Check out the track listing below, along with an off-kilter announcement video: