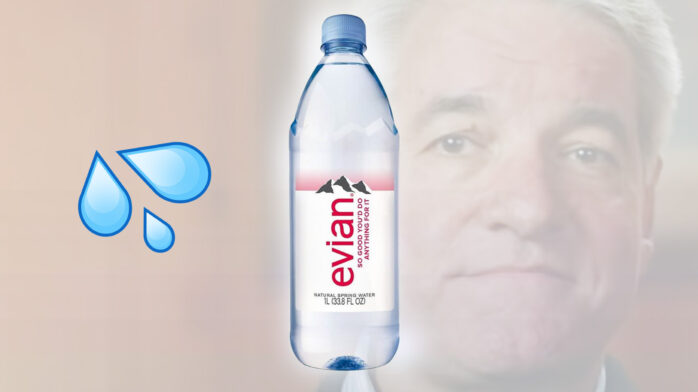 The limited-edition Evian bottle reads: "So good you'd do anything for it"
By Riot Fest / January 21, 2020 / Random

Pretty much everything possible went wrong in the execution of the ill-fated Fyre Festival, from the “luxury villas” to the “authentic island cuisine.” But arguably the most memorable story to come out of the whole mess of Andy King, the Fyre producer who—as described in Netflix’s Fyre: The Greatest Party That Never Happened—nearly went down on a Bahamian custom official to get a shipment of Evian water bottles into the festival.

King never had to follow through on founder/fraudster Billy McFarland’s “favor,” but his ridiculous story was legendary nonetheless. Now, Evian has partnered with King to celebrate the anniversary of said documentary by giving away ten limited-edition water bottles.

“Who’s thirsty!? 💦 On the one year anniversary of my doc debut, @evianwater is releasing a special bottle with a new slogan… all in honor of my infamous team spirit 😂😂” King posted to Instagram on Friday. The bottle cleverly reads, “So good you’d do anything for it.”

Thankfully, no oral services are required to get this water—just tag a friend in the comments of his Instagram post by January 22 to be entered.