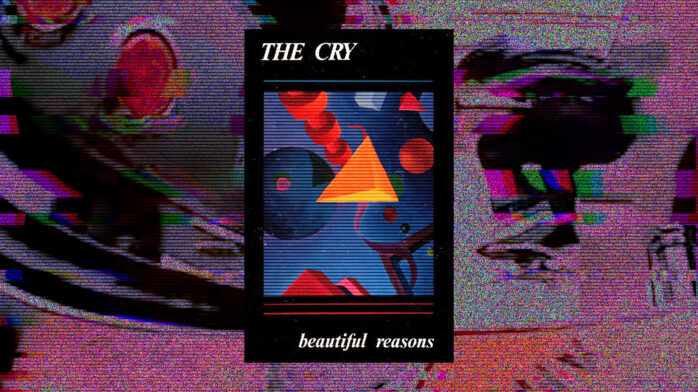 The Cry: Uncovering the Story Behind a Cult-Classic Skate Song

I’ve spent more hours than I care to admit watching skate videos—which, as a non-skater, is really only marginally better than if I’d spent the time watching a boyfriend play video games.

The summer of 2016 was brutal in that sense. Two of my best girl friends had moved away, so I was mostly hanging out with my boyfriend at the time; I’d just moved into a dumpy apartment with him in Boston, across the street from the skate shop he worked at. We didn’t have an air conditioner, so we spent most of our humid nights ripping Budweisers and “slimers” (AKA Bud Light Limes) in the living room of our other friends’ apartment, which was also kind of dumpy, but they at least had a window unit.

The thing about being friends with skaters is, if you’re hanging out somewhere there’s a TV or a computer, you’re probably going to end up watching a skate video. (Nothing is certain in this world except death, taxes, and Dead Ass New York queued up on the Xbox YouTube app.) No one really cares if there’s a non-skater present, and that to you, watching it feels like watching a foreign film with no subtitles.

Polar Skate Co.’s i like it here inside my mind. Don’t wake me this time. was released that summer. When my friends eagerly put it on, I’m sure I reacted the way I usually did—complaining that watching it is inherently exclusive (and thus, sexist), and couldn’t we just watch Always Sunny or something, so much so that now no one is having fun—until Dane Brady’s part about six minutes in. Maybe it was the slimers, but something about the song soundtracking it, this jangly guitar riff that was somewhere between sunny slacker rock and gloomy indie pop, thrilled me.

“Have you ever sat on an empty beach, with the sun and the stars and the sea so deep, and asked yourself again, Is this for me?” deadpanned the vaguely-English-accented singer. “Is it enough now to be alone?” he probed over and over and over while Dane Brady probably grinded some curbs, or whatever.

It was the sort of chill nihilism that rang very true for a 21-year-old who, that summer, would also have mono for over a month before going to the doctor because she was alternately too drunk and too hungover to realize. I’d been feeling inexplicably and inarticulably lonely, which was weird since I was living with someone for the first time and probably spent fewer hours alone than I’d ever had before. I had a sinking feeling that the life I was living wasn’t, you might say, “enough.” I knew for sure, though, that I had to find out what the fuck that song was.

I probably could have just asked the people I was with. Someone definitely might have known. Obviously I didn’t know at the time, but the song had also been in the cult-classic H-Street video Hokus Pokus, and its use here was homage to that. But I felt primally territorial of my connection to the song, and I couldn’t stand the idea of it becoming even more inextricable from skating (and thus, Not Mine.) So instead, I transcribed the opening lyrics into Google and let the algorithm take the wheel.

I found with relative ease that the song was called “Alone,” it was by a band called The Cry, and the album it was on, Beautiful Reasons, was on Spotify. But that’s where I hit a dead end. The band was basically unknown outside of a certain subsect of skate culture, and “The Cry” is a name generic enough to be virtually unsearchable. From then on, finding the band was my pet project. Once a week or so, I’d sift through Google’s false leads (including a BBC mystery series of the same name—and even more frustratingly, a power pop band from Portland called The CRY!) and almost always come up with nothing.

I eventually found the Beautiful Reasons Discogs page, which provided me with two key pieces of information: The band was from San Diego and the album was released in 1990 on cassette only. This only confused me more. How did the album get on Spotify? And why did it sound like a C86 outtake—not just in its palpable indie pop influence, but more so in the as-yet unidentified singer’s faint British accent? And the fact that “the sea” he referred to was apparently the Pacific Ocean? I felt like I was at a cork board with so much red yarn and not nearly enough index cards to string together.

All I had to go on was the album itself. Its cover was inscrutable—no image of the band, no physicality revealed, just geometric shapes in washed-out primary colors. The lyrics, not transcribed anywhere on the internet, contained no identifying details. They were often too hard to make out, but the lines I could catch were gloomy, wry, romantic. The songs could just as easily soundtrack a skate video part as they could a scene in My So-Called Life, teenage Claire Danes gazing wistfully at Jared Leto and his red Plymouth and his middle-part.

Having no access to a musician beyond their music itself feels antiquated, almost impossible now. I felt a pathological need to find out more. Not in that I was compelled to dig deep because I needed to one-up any skaters or music geeks or whoever with my singular knowledge of this obscure record, or just because not knowing is such an unnatural feeling now, but more so in that I just loved it so much that I wanted every last bit of it to be mine. But there was also a part of me that was charmed by the anomaly of not knowing. How special: to literally have the art seperated from the artist. There was an anachronistic pureness to it, kind of like being given a physical mixtape or watching TV with commercials. Not knowing anything about the band was a little annoying, but I sort of felt like I needed to protect whatever last vestiges of anonymity someone was able to find on the internet. I think that’s what kept me from looking harder than a cursory Google search.

My love for The Cry continued without answers for a few years, waves of affection leading me down the dead-end channels of light internet sleuthing. Earlier last year, I did a ritual check-in and finally found something interesting: an Instagram page. It was, officially, The Cry.

There, they’d posted archival photos of the band, screenshots of amateur-ishly designed single covers, clips of the myriad skate and surf videos their songs had soundtracked. There were pictures of a middle-aged man, a face I didn’t recognize, in a recording studio. In one post, the band wrote about “Alone” being featured in that Polar video, and how it catalyzed them to reunite and start writing new music.

Conveniently enough, they also included a band email address in their bio. After I’d already filed a draft of this essay, I anxiously sent them a message. I wanted to see if they’d be open to answering some questions—about their original run, their 30-year hiatus, their reunion, and the sort of enigma that’s shrouded all of it. I also wanted, sort of subconsciously I guess, to give them a heads up that this piece was coming. It feels so odd and kind of creepy writing about the mythology of a band when they now, actually, are just a group of people who are apparently very easily accessible via social media.

Within a day I got a response from Jeff Cirka, the bassist, a really lovely message saying they’d be able to carve out some time during their practice sessions to answer some questions over email—though, they’d rather not talk about the interim between their break up and reunion. Fair enough! I sent him my questions post-haste.

Jeff got back to me with a collection of brief and thoughtful answers. He told me that the band existed in its first incarnation from 1987 through ‘89, and only in that final year did they settle on the lineup they have to this day: Jeff on bass, alongside frontman Blaise Spiteri, guitarist David Nilson, and drummer Jeff Berkley. The same year, fellow San Diegans John Sonner and Mike Ternasky of H-Street asked to use “Alone,” along with the album’s opener “Twist of Fate,” in Hokus Pokus.

But the band quickly burned out: “Between gigs and practice, we were playing non-stop every day. Every which way, welcome and not-welcome advice was pounding us to change this or that,” Cirka told me. “[We were] too young to not be having fun any longer, and the art was choking out, so we decided it best to step away for a while. Clearly turned out to be quite a bit longer than expected.”

He told me a bit more about the band’s reunion: “We had been talking about jamming again for some time but never made the leap. When our streaming numbers jumped, we had to research why. We came across articles, including one specifically in Jenkem talking about Polar using ‘Alone’ in a skate video. The video was beautifully done and woke us immediately… We really never have been spotlight seekers and probably never will be, maybe to a fault. We knew we had a solid fan base due to our streaming numbers prior to the Polar video, but when the numbers significantly ramped up, we decided to start an Instagram account as an information hub relating to the band.”

Despite their resistance to the spotlight, it seems as if The Cry could be on the precipice of a renaissance. Beautiful Reasons ended up being reissued on vinyl by Dowd Records at the end of last year, and the band seems to be relatively prolific in their recording of new music. They’ve already released a handful of singles since they started the Instagram account. The new music picks up where they left off; sometimes I’ll listen to Beautiful Reasons on Spotify, and the new songs will autoplay after, and I won’t even realize right away that the album ended. But none of it has hit me quite where “Alone” did.

I know how exciting it is to find new music through a skate video—the kinetic adrenaline implied by the sound of wheels on pavement can make a good song feel like a great fucking song. I always got that, so it’s not like hearing The Cry gave me a deeper appreciation for the medium or anything. But the song, and eventually the album, reminded me of myself at a time when I felt so alienated from the life I’d found myself living. It made me feel less alone. It wasn’t enough—nothing ever is—but it was mine.