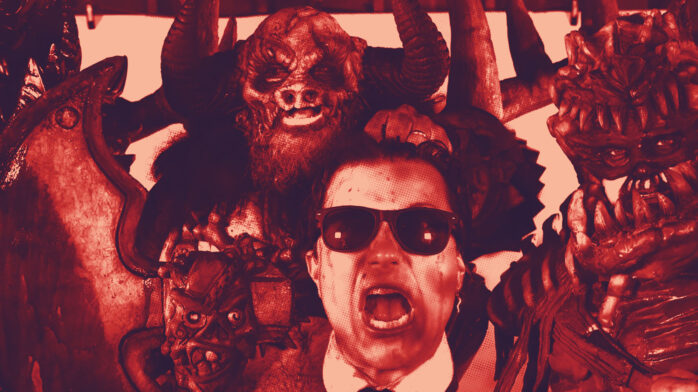 We regret to inform you that Frank Iero has been brutally murdered by GWAR. In the latest music video from Frank Iero and the Future Violents, “Medicine Square Garden,” the entire band is horribly mutilated and dismembered by the end of the track. Watch it below.

The video features a mashup of GWAR-level gore and 80s exercise video routines. In a press release, Iero described the song as “a five and a half minute attempt at answering the question, ‘What if Prince wrote a Sleep song?’”.

As of press time, there was no word on whether Iero’s head has been reattached.