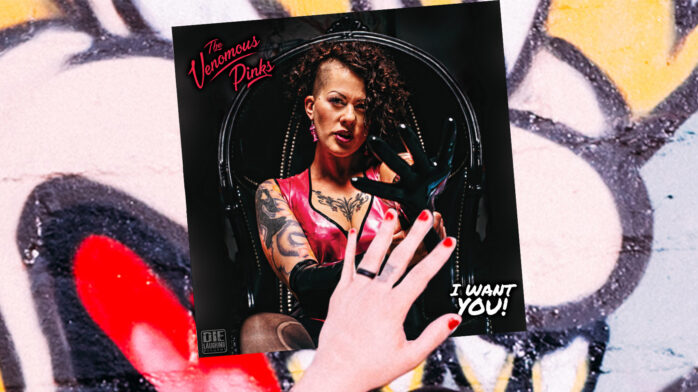 Arizona-based punk band The Venomous Pinks are here to broadcast a message of unity in these strange times. The all-female trio’s latest single “Todos Unidos” is premiering today with a new music video, and it’s certainly a fitting message for the times. Hear the new track below.

“Todos Unidos,” described by the band as an encouragement of cultural unity, is the third single off the upcoming EP I Want You! out this year via Die Laughing Records. The title translates to “everyone together,” while the song itself interchanges between Spanish and English lyrics.

“People are fleeing from other countries to escape violence and poverty, hoping for asylum in the United States,” guitarist/vocalist Drea Doll describes. “I’ve never had to flee from a suppressive country, but can appreciate what my grandparents went through to better their lives when they left Mexico.”

“Governmental transparency, equality, reforming negative immigration laws, and making healthcare a human right are all values we share strongly as a band,” drummer Cassie Jalilie says. True to their values, the band recently made an opening appearance at a Bernie Sanders rally in Arizona. “The time for change is now,” Gaby Kaos, bassist, adds.