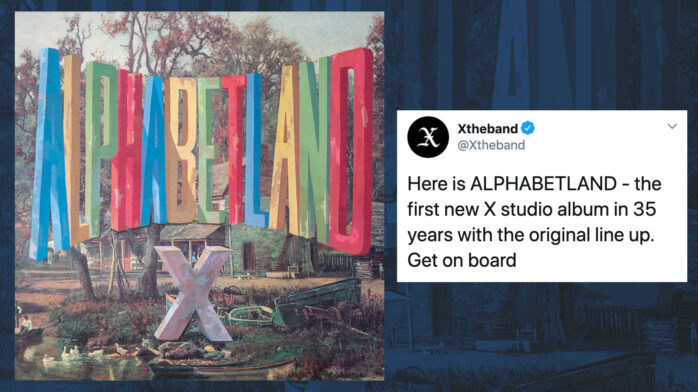 Surprise, the First New X Album in 35 Years is Out Now

X has just surprise-dropped Alphabetland, the band’s first new release under their original lineup since 1985’s Ain’t Love Grand (the last release from any X lineup was 1993’s Hey Zeus!). It’s out today via Fat Possum Records, available to stream via the band’s BandCamp. Listen below.

The new record reunites Exene Cervenka, John Doe, Billy Zoom, and DJ Bonebrake and was recorded by producer Rob Schnapf. The record was initially scheduled to release in August, but was let loose early as “something that is upbeat” amidst the COVID-19 pandemic, according to bassist/vocalist John Doe.

“These songs were written in the last 18 months & it blows my mind how timely they are,” Doe says of the release. “We all want our family, friends & fans to hear our records as soon as it’s finished. This time we could do that.”