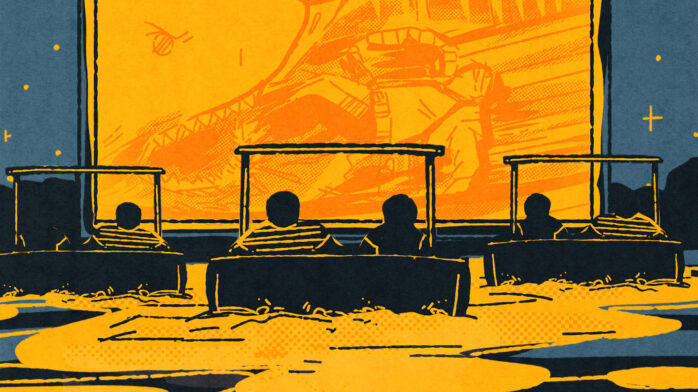 Floating Movie Theaters are Coming to Chicago This September

Drive-in theaters have made a huge comeback thanks to the cursed timeline we’re currently living in. In fact, several prominent drive-in theaters across Illinois were the first businesses in the state to safely re-open—and come September, a new form of moviegoing might just drift into Chicago: floating movie theaters.

Floating Boat Cinema is hoping to bring its floating movie theater to Chicago September 9–13; you can pre-register for tickets now. The theater will be comprised of 24 boats, each holding up to 8 people (though you have to buy a ticket for the whole boat, so you might want to find some friends to share seats with.)

The films screening on the water have yet to be announced, but the group’s page says it’ll be “a mix of golden oldies and new releases” that will be announced when tickets go on sale.

chicago movies Stuff To Do TV+Film