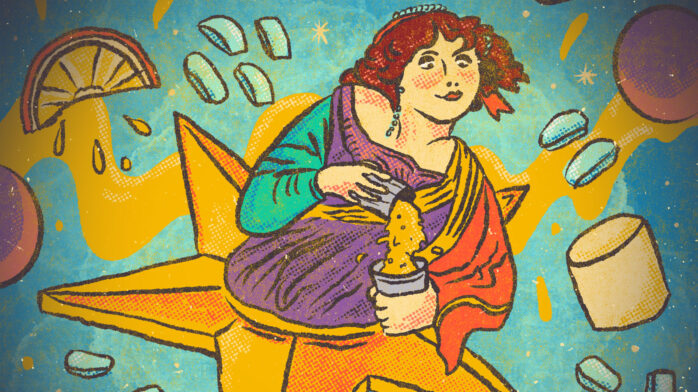 It doesn’t feel like it’s been too long since Smashing Pumpkins’ 2018 release of the ragbag, indie-genre mashup work Shiny and Oh So Bright, Vol. 1—and with any luck, we should be getting a double album later this year, one that Billy Corgan describes as being “back in the lane of taking a risk.”

Well, cheers to that. In honor of said upcoming record and the band’s recent “classic lineup” reunion, we’re trying out some cocktails (and a mocktail) that cruise through some of our favorite Pumpkins releases. 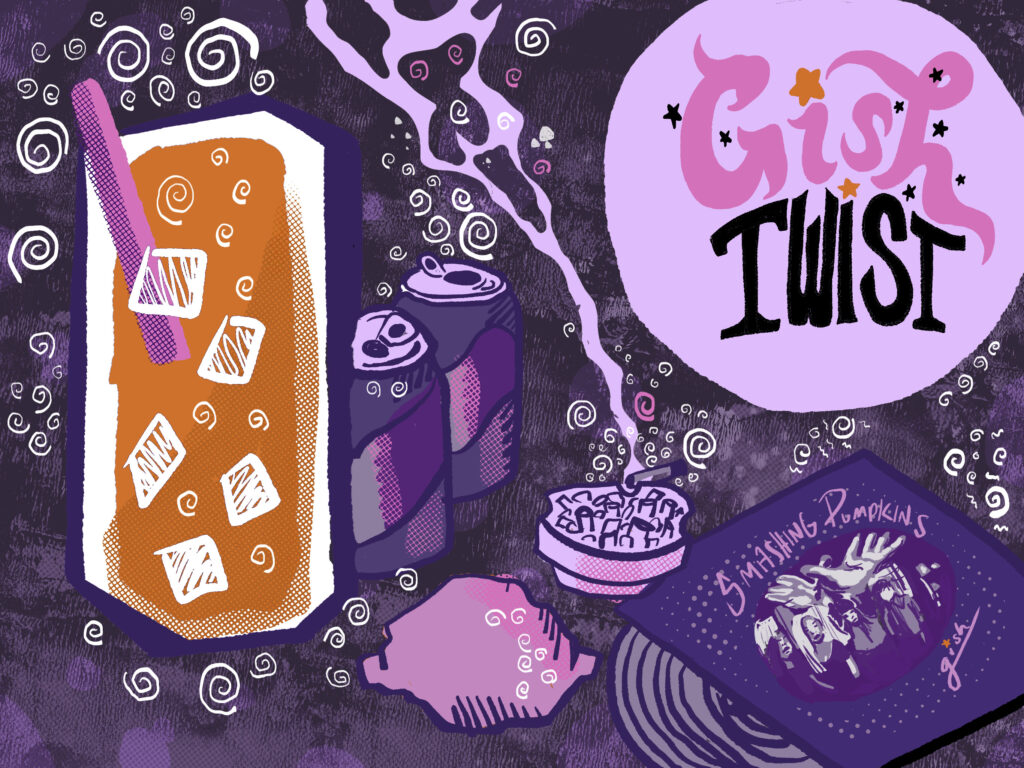 First up is a cocktail named after Smashing Pumpkins’ iconic debut album, Gish. OG Smashing Pumpkins fans may already know the lore behind the name of their first release—something about Billy Corgan’s grandma’s small-ass town being totally shook by the brief appearance of silent film icon Lillian Gish. Also, the album was to be originally titled Fish, but Corgan didn’t want to be compared to the band Phish. Smart move. Originally, I wanted to pay homage to a cocktail popular within the era of Lillian Gish, but who wants to drink prohibition-era, sad-ass jet-fuel-on-the rocks-style drinks anyway?

The Gish Twist is a long island iced tea with a cheeky twist of ginger, embodying the early 90s with its DIY ingredients: Cola (Tab brand, for extra points!), powdered lemonade mix, and lots of rum and vodka. Since we’re all sophisticated adults here, we’ve added the grated ginger root for an added air of “I’m totally not just slamming a huge homemade long island iced tea in my house… I’m CRAFTING an artisanal beverage here!” (Don’t skimp on this one: The grated ginger definitely takes this drink to the next level.)

Mix it all together and serve with ice!

CHERUB ON THE ROCKS 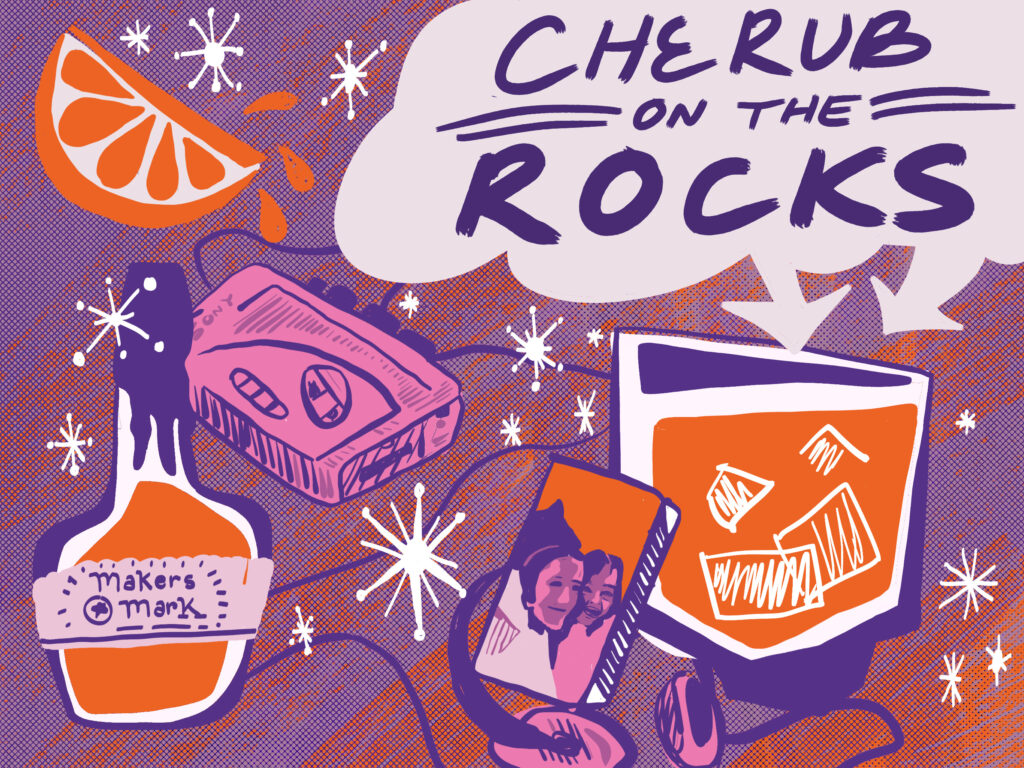 Named after one of the Pumpkins’ most popular singles from their sophomore album, this drink is simple, tasty, and classic. The Cherub on the Rocks is for the folks who actually WEREN’T in diapers when this album was released—unlike the kids on the cover. (By the way, can you imagine having your toddler-self be the face of one of the most iconic 90’s rock albums?)

Catering towards a more refined (i.e. older) crowd, this drink is a classic whiskey smash with a hint of mint and honey. “Whooo wants… Hoooo-neeeyyy?…”

Shake it all up and strain into an old-fashioned glass with ice. 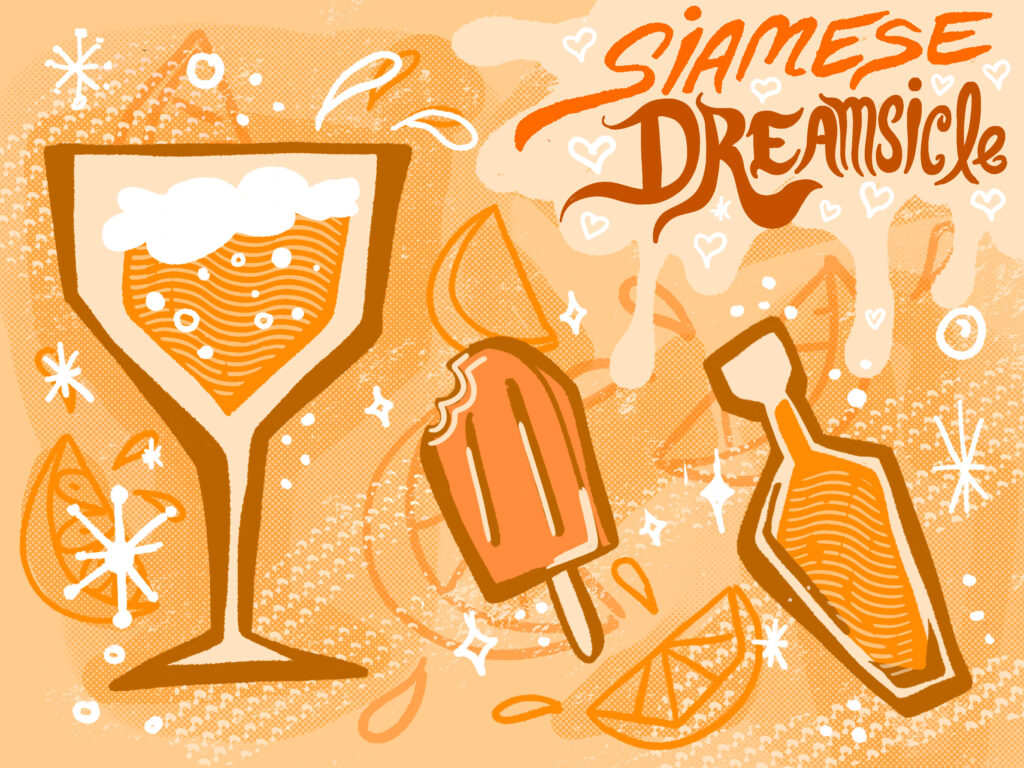 This drink is the perfect summertime concoction to try while we’re all trapped in the house. This drink, duh-ly named after Siamese Dream, is a nostalgic delight. In the era of glitter-sour-matcha-unicorn-whatever flavor profiles and drinks, it’s nice to revisit old favorites like the sweet, childhood sweetness of an orange creamsicle. (Anybody else wanna age regress with me and go back to simpler times?) Also, good luck knowing where to find whipped cream vodka at your shitty local liquor store, folks!

Shake it up and pour into a chilled martini glass! 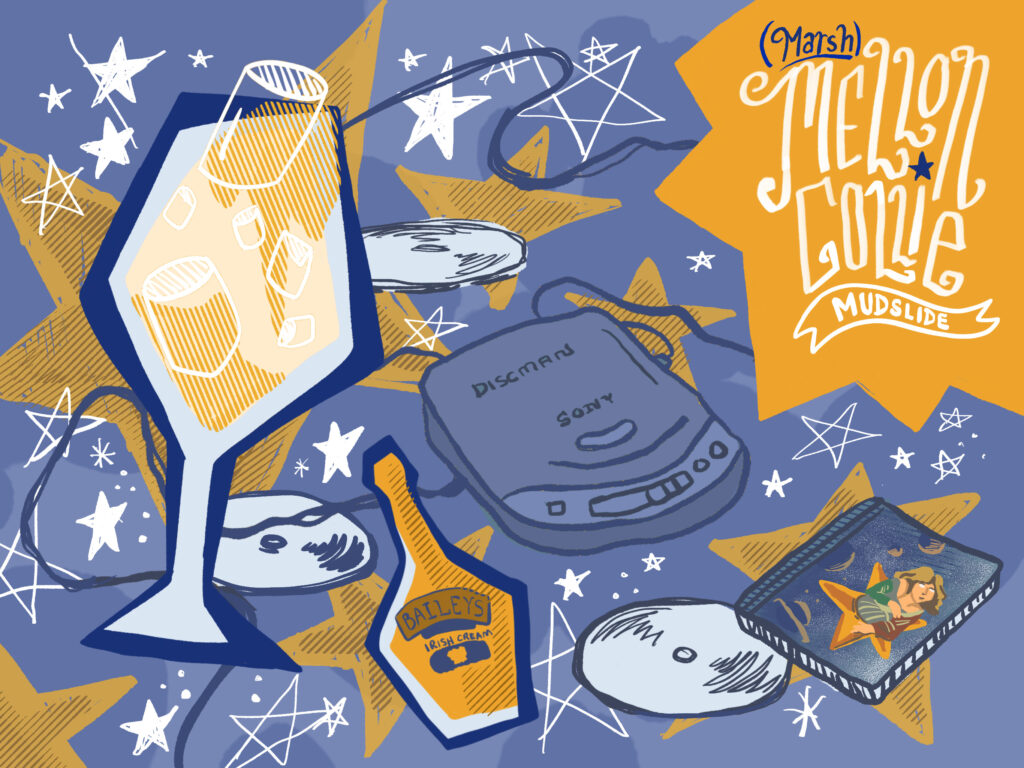 Here she is: The big bells-and-whistles cocktail of our dreams to complement the ethereal masterpiece that is Mellon Collie and the Infinite Sadness. Marshmallows, coffee, chocolate… this drink ticks all the sweet, indulgent boxes. This cocktail embodies the dreamlike, celestial through line of Mellon Collie through its soft texture. It’s slushy, sweet, and has marshmallows! The mild milky sweetness of this drink perfectly matches the spacey, stellar imagery of the album.

The (Marsh)Mellon Collie Mudslide’s milkiness is ushered in by the mixture of french vanilla coffee creamer, Baileys, and milk. Add lightly toasted marshmallows for extra points. With unforgettable tracks like “Jellybelly” and “Love,” it’s only fitting that a drink inspired by Mellon Collie would be a dreamlike ultra-confection.

Pour all liquids into a blender with the ice. Use the pulse setting to crush the ice into a frozen slush. Squirt chocolate syrup onto a plate, and dip the glass into it to coat the top layer of the drink. Add marshmallows. 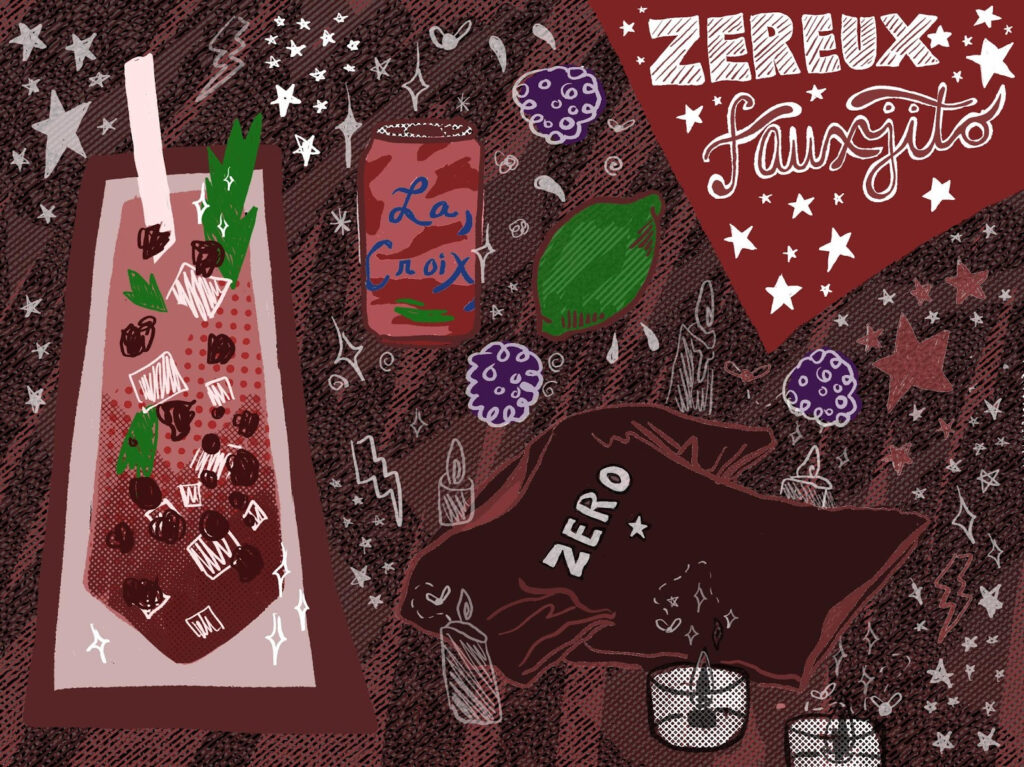 The obnoxiously-spelled Zereux Fauxjito is the perfect upgraded fauxjito, with fresh lime and blackberries. The fauxjito is a classic go-to for many straight edge or sober folks, but this one is top-tier by having a fresh balanced flavor that isn’t just mint and borderline-salty carbonated water. Contrary to Corgan sings in “Zero”—You blame yourself for what you can’t ignore / you blame yourself for wanting more—there’s zero shame in wanting more for this lil’ treat.

Don’t forget to fully customize this recipe by including your go-to La Croix flavor in the mix! As long as you achieve that super satisfying carmine-red when making this concoction, you’re good to go.

1. Mash mint with a mortar and pestle. Add the cup of sugar and water, then bring to a boil on medium heat. (Yes, this requires a little stove action, sorry.) Make sure the sugar is fully dissolved. Cool to room temp, then strain the mint leaves out by pressing with a wooden spoon to get all the liquid out.

2. Add blackberries and 1 tsp. sugar into a small bowl, and crush it until it’s broken up.

3. Add the blackberry mash into a fancy mojito glass of your choice. Add the simple syrup, lime juice, ice, and pour in your seltzer (cran-raspberry LaCroix is always a good choice). Add mint to garnish.