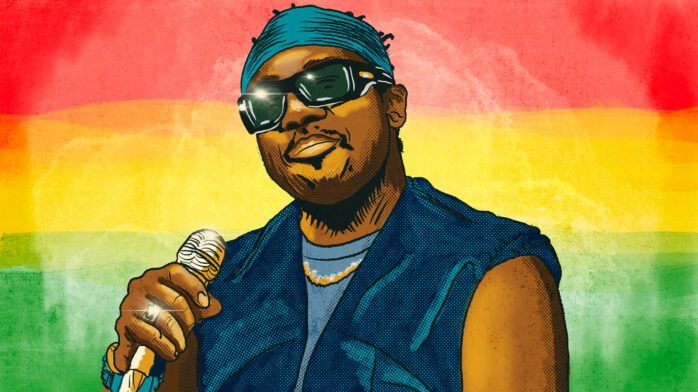 The frontman of Toots and the Maytals passed away last Friday at 77
By Miles Raymer / September 14, 2020 / Music

When Toots Hibbert died on Friday, he left behind a bunch of recordings that music lovers will be listening to for generations to come. If there’s one thing that’s clear from his six-decade-long career, it’s that no matter what music on the radio sounds like at any given moment, people will always find something to love in “Pressure Drop” or “Monkey Man” or any other one of his long list of classics.

Toots’ superpower was his ability to connect with an audience, no matter what kind of sonic or cultural barriers he had to cross to get to them. The music he put out into the world during his lifetime has been loved everywhere it’s touched down, around the world and across the musical spectrum. In the 60s and 70s he was one of the only Jamaican artists whose records were as popular off the island as on it. The lineup on his 2004 duets album True Love looks like a Rock & Roll Hall of Fame guest list: Keith Richards, Willie Nelson, Eric Clapton, Bonnie Raitt. He’s revered by punks and adored by jam band freaks. A lot of country fans prefer his version of John Denver’s “Country Road” to the original.

His talents as a songwriter and his unforgettable voice—which deserves to be ranked alongside Otis Redding and Sam Cooke as one of the greatest of the 20th century—were part of his appeal. But his greatest gift as a performer was the pure, transcendent joy that he took in making music, which he was able to get across on record the way that few artists are able. The way his singing danced over the music felt lighter than air—and when a song really hit, it felt like some kind of blissed-out antigravity, even when the lyrical subject matter occasionally got heavy. (Has there ever been a revenge song as euphoric as “Pressure Drop”?) Rock critic Robert Christgau once called Toots & the Maytals “the Beatles to the Wailers’ Rolling Stones,” but he actually had it backward—Bob Marley and the Beatles both ended up getting lost in their own self-created mythology, while Toots and the Stones never stopped making music to give people the best time of their lives.

Toots’ death is a loss to not only reggae music, but global culture in general. But getting upset over it seems like the wrong response. Throughout his music there’s a running theme of accepting that life is beautiful even when it’s hard, and the best way to honor his legacy might be to take a minute out of your day to meditate on that. And then, of course, crank up some of his music and let yourself get swept away.