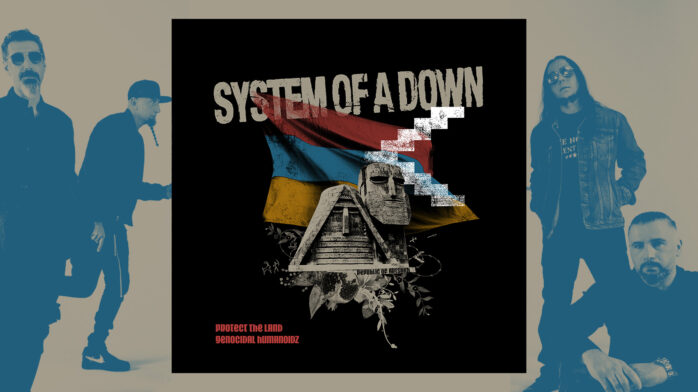 Here’s some good news: Those two new tracks System of a Down dropped last week—you know, their first new material in 15 years—raised $600,000 for the Armenia Fund. The band’s first new songs in fifteen years were released in response to the violent war currently affecting the members’ cultural homelands of Artsakh and Armenia.

“We are overwhelmed with gratitude for your incredible support of our campaign for the people of Artsakh, and for helping us raise over $600k in donations to provide for those in dire need via the Armenia Fund,” the group shared in a statement. “Because of you, we will be able to help displaced civilians, young and old, who are affected by the hideous war crimes inflicted upon Artsakh by Azerbaijan and Turkey.”

“Protect The Land” and “Genocidal Humanoidz” were produced by guitarist/vocalist Daron Malakian—the sessions were kicked off by a group text from drummer John Dolmayan, according to bassist Shavo Odadjian. You can watch a (rare!) full band interview about the new songs below.

new music System of a Down